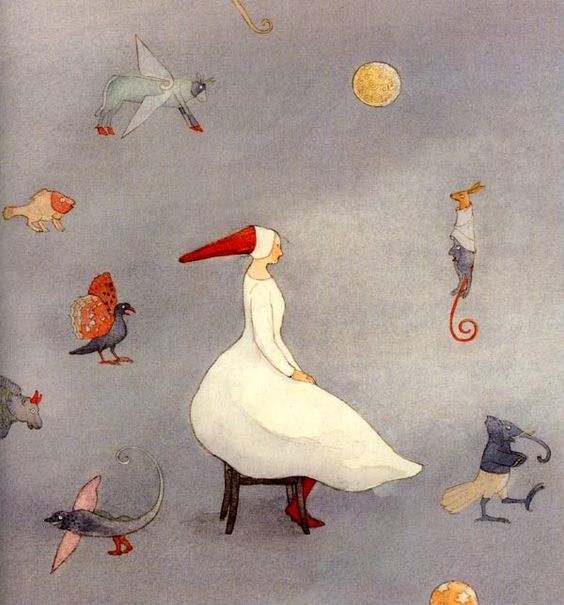 There’s magic in every fairy tale -- flying ships, castles in the sky, fire-breathing dragons, and more. But what makes fairy tale books unforgettable is how an illustrator could lend their imagination to create such enchanting worlds. This is what Austrian artist Lisbeth Zwerger has been doing for years. Her distinctive pictorial language resonates deeply with the storytelling sensibilities of an author. Whether they’re tales from the Brothers Grimm, Alice in Wonderland, or Swan Lake, The Wonderful Wizard of Oz, you’ll find her mastery of the interplay between darkness and light and subtlety and drama.

There is a common quietude that beckons as Zwerger’s art breaches the surface of awareness and penetrates the psyche. In her wonderfully depicted juxtaposition of the fairy tales’ unabashed strangeness, you won’t forget the stark black and white images and soft watercolors that seem to perfectly combine into a spellbinding visual narration. What you’ll see is not just a photo, but a dialogue --- an embrace perhaps, between the sharp outer edges and the interior sensibilities of a picture.

Lisbeth Zwerger is an internationally acclaimed Austrian illustrator for children’s books. Her visual art is considered similar to English illustrators of the 19th century and considers Arthur Rackham her biggest influence. She studied at the Applied Arts Academy of Vienna but left before graduating. She has been specializing in fairy tales since 1977 after the publication of her first illustrated book. In 1990, she received the international Hans Christian Andersen Medal for her lasting contribution to children’s literature.