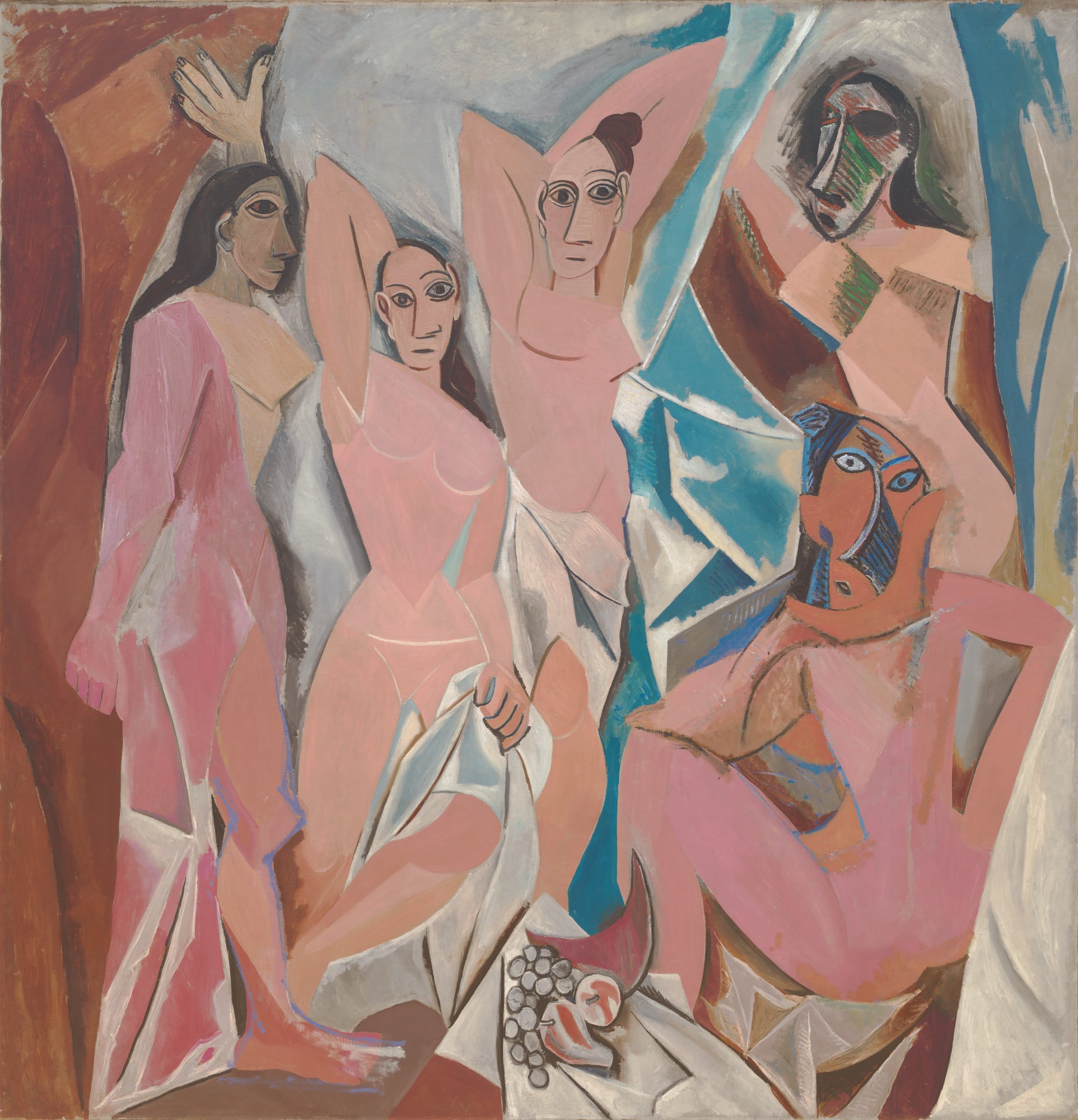 "Picasso's Les Demoiselles d'Avignon has acquired a mythical status: it is a manifesto, a battlefield, a herald of modern art."

Called the first Cubist picture by some, Les Demoiselle D'Avignon by Pablo Picasso can be considered a bordello picture, a genre of erotic art, one that Picasso knew well. To Picasso's friends, the piece had also been known as the Philosophical Brothel. Demoiselles doesn't follow the rules of traditional narrative art, such as that found in typical bordello picture. Figures seem to not share a common space. They do not communicate nor interact. Faces shift between two Primitivist preoccupations of the artist at that time, Iberian and African masks. These monstrous faces all relate directly to the viewer, entering the scene. Frightful stares meet the viewer. It is not a typical bordello picture like that of Ingres' The Turkish Bath, but a modern picture about trauma.

Known as one of the most worked-upon canvases ever, the painting went through several sketches. In one of the studies, it is a composition of 7 figures that borrows a theatrical arrangement from Baroque tradition. It included a sailor and a student holding a skull. Experts have pointed out the moral allegories in this version. But In the final painting, however, Picasso abandons any hints of allegory or conversations about virtue and mortality. What remains is "Medusa's head," in Freudian terms, a sight that petrifies the viewer and overthrows the comfortable position of a male gaze. It is threatening. Unlike the typical bordello picture, the voyeur isn't gratified. It induces anxiety.