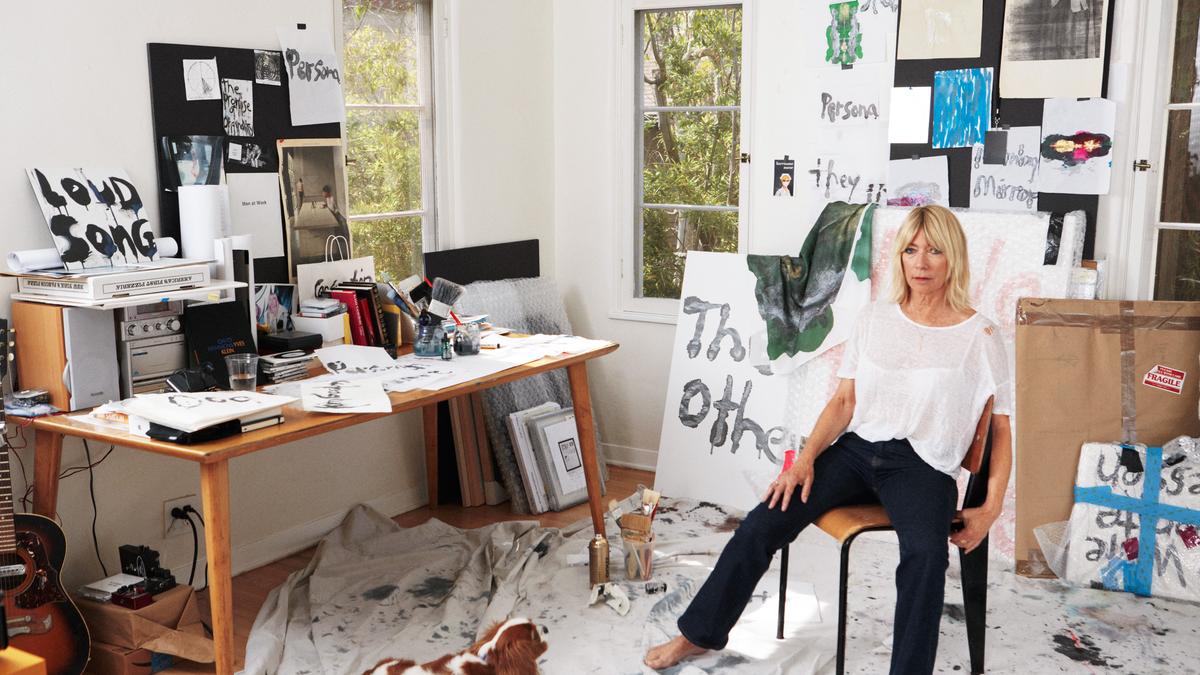 The magnetic coolness of Kim Gordon in music and the arts

You can’t like punk rock if you don’t like Sonic Youth. And you can’t like Sonic Youth if you don’t like its bassist, queen of cool, Kim Gordon, who, unbeknownst to some, has a whole separate career in visual art. And don’t call her just “another musician who dabbles in art” because according to her, art was never a side hustle. “I never thought of myself as a musician. I kind of always thought: ‘I’m an artist making music’, now I’m an artist making paintings.”

Firmly declaring that women make natural anarchists, the experimental post-punk superstar shook the mainstream with the irreverence of the underground. In her abstracted way, Gordon tackled grim social realities, writing songs about body image, and making art about media misogyny and sexual harassment. Gordon studied at the Otis College of Art and Design and embarked on art in the late 1970s. She has showcased a range of art-making processes that included deconstructed art, the use of minimal materials like spray paint and even glitter and iridescent makeup like blush and bronzers.

Gordon’s current works include stencils wreaths, reproduced tweets by pop culture figures in bold and skewed graffiti-like paintings, and a series of nudes. In one of her paintings with the dripping words “Secret Abuse”, Gordon explains that it is a statement on artists’ relationship to the commercial world and the artists’ relationship to themselves in which she agrees “The process is torture.”