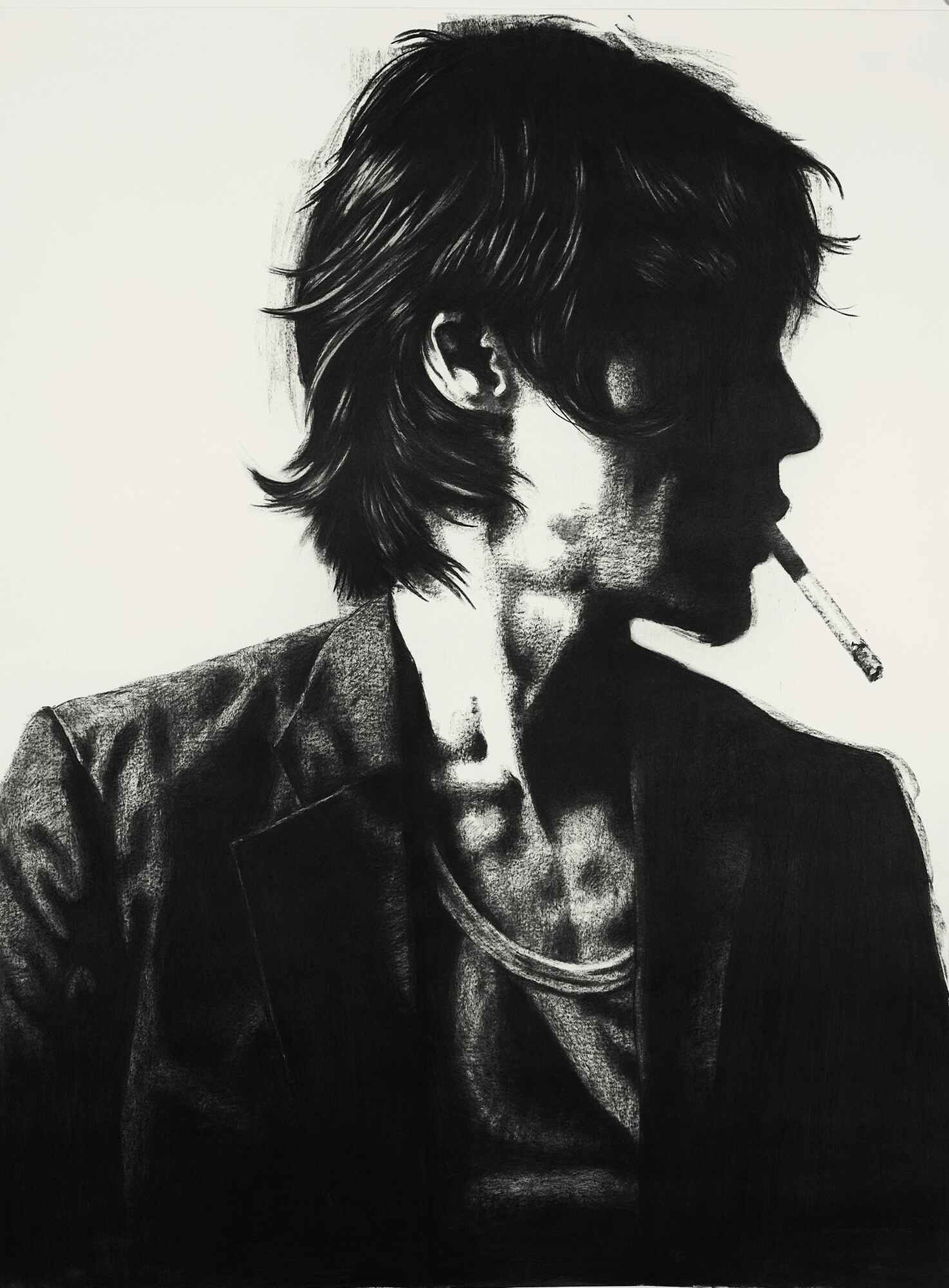 It's tempting to think of Kiko Escora merely as a stylist and provocateur, but the Manila Animal (his moniker) has always been an evolving artist. He refuses to be stuck to well-worn yet successful approaches of his early paintings, "stylized versions of his reality" or invented scenes in oil or acrylic. Today, many of Escora's paintings are based on magazines, the Internet, or his own collection of photos. Drawn from his, as well as his audience's, sensibilities of what's cool, irreverent, and adventurous, he reimagines these photos into edgy, sexy paintings.

Escora is able to easily move from paintings that comment on the vulnerability of emotions and the body to fashion, the party culture, and the Filipino psyche. But what's remained constant from his early paintings onwards is the use of transgressive images of identity, intimacy, and mortality to captivates viewers. He does so with the help of a core skill found in most of his art --- a sensitivity for drawing the human figure, often through the deft use of charcoal, combining this with an acute awareness of painting in many of its contemporary guises, from pop art and neo-expressionism to commercial and industrial design.

Kiko Escora is a Filipino contemporary artist who was awarded the CCP's 13 Artists Award in 2003. From there, he has exhibited numerous times, in solo and group shows in countries such as the Philippines, Indonesia, Singapore, Hong Kong and Spain. Image sources: Kiko Escora, Sotheby's, Vintana, Artnet, The Drawing Room, and Manila Art Blogger. Many of the works pictured are available at The Drawing Room.