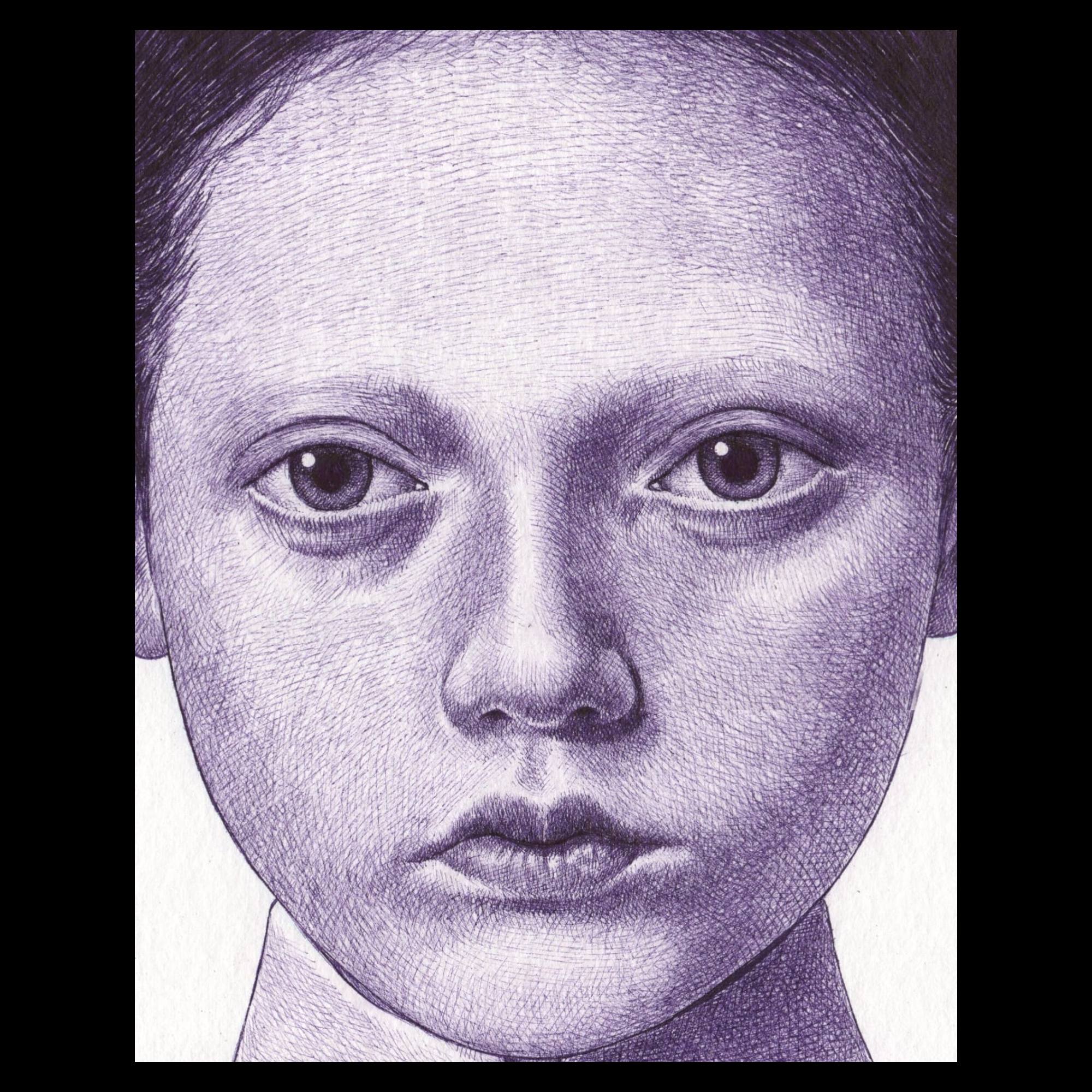 "I can say that macabre art is my core." --Kiko Capile

Monstrous, horrific, and haunting, Kiko Capile's images of beings and bodies are gore as art. He often cracks open the human frame to reveal the texture of bone, husk, and worm-like tendrils, a metaphor perhaps for his cynicism, a belief in a dark and disgusting fragility in people. It could simply be fun and easy to depict truth in this way.

Capile's disturbing and superbly well-drawn images, framed as they are in a fine art context, can resemble characters and stories from a Junji Itou manga or would-be concept illustrations for games, album covers, prints, and film. Sometimes taking cues as far apart as Bosch, Film Noir, and the Shining, they can at times have the emotional effect of symbolist works of art from the late 19th century. As such, it is easy to feel overwhelmed by a feeling of disgust or discomfort while being drawn-in at the same time.

Capile's images deal with our reactions to jarring contrasts, like his school girls with unearthly and impossible skin conditions casually holding monstrous tentacles. Many of his images work this way. As his extreme flaying and skinning of bodies is framed as something without suffering, his figures pose for us or look back at us, seemingly to say, “Stare at me. Watch me. I am the center of your attention.”

Because ultimately, these gruesome angels are really about the picture, it’s seduction. They are about Capile’s ability to push buttons in his audience, their fascination for sick visions elegantly drawn. They are about his mastery of illusory effects rendered in pen and paint, about a virtuosity applied to an obsessive vision about the world.

Kiko Capile is an emerging Filipino artist and illustrator, who creates stunning detailed works of pen and ink on paper. While he has participated in several group art exhibitions, his first solo exhibition “Beautiful Madness” at Galerie Stephanie was in 2020.