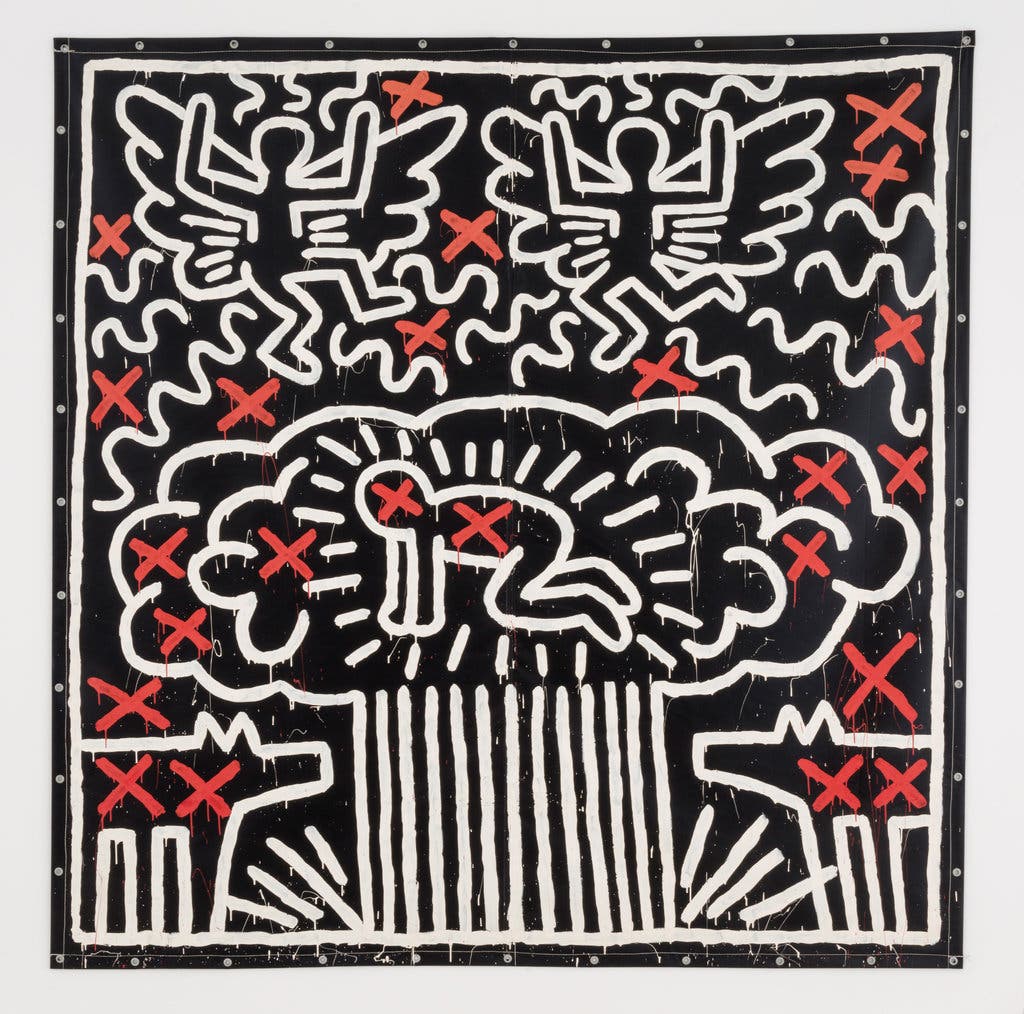 Keith Haring on street art, Hip Hop, and being gay:

"I'd become to be interested and fascinated by the graffiti I was seeing in the streets and in the subway. Graffiti were the most beautiful things I ever saw. I wanted to let people experience art without having to feel inhibited. it can be touched, felt, manipulated. It is art that is somewhat less serious, less untouchable."

"There was incredibly raw energy in the air and the energy was called Hip-Hop. This Hip-Hop scene included rap music and deejays, who would be scratching, which meant moving the record back and forth so that it would be making a sort of electronic scratching noise. And it also included break dancing and spray graffiti, because the graffiti scene was really the visual equivalent to the music? Well I began incorporating all of this into the images I was making. Break dancing was real inspiration, seeing the kids spinning and twisting around on their heads. So my drawings began having figures spinning on their heads and twisting around."

"My exhibition at the Fun Gallery was really a reference to this whole Hip Hop culture, which had never existed at a gallery opening before. Not only did I meet Andy during this period but also Madonna. The parties I gave in the Broome Street apartment were a mixture of all these scenes. I hope my generation will be able to carry on the magic that this previous generation has excavated and gently tried to teach us."

"They have liberated a part of us that is too important to be dismissed and passed over. I'm glad I'm different. I'm proud to be gay. I am ashamed of my forefathers. I'm not like that."