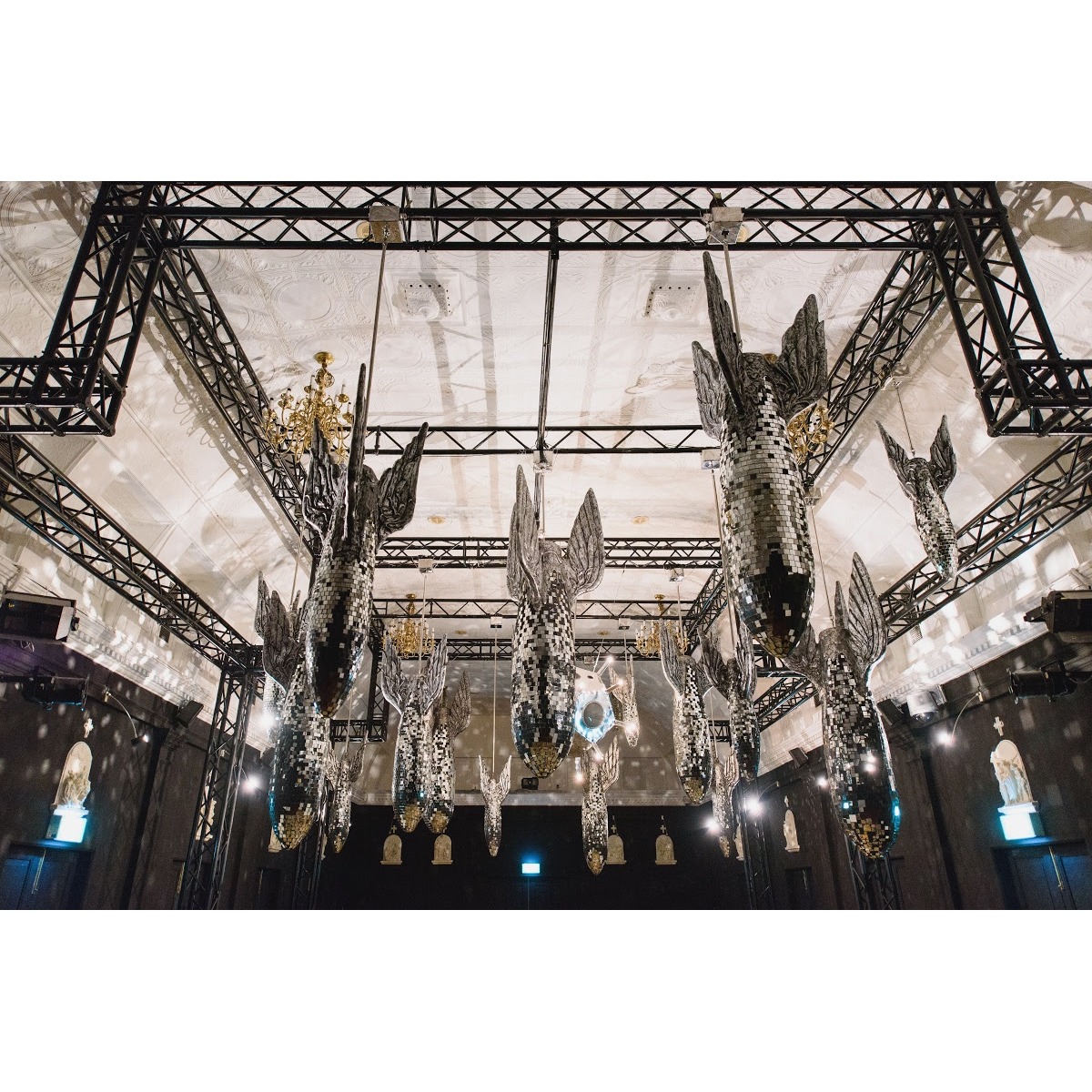 Filipino artist Kawayan de Guia works across different artistic practices including drawing, painting, installation, sculpture, and performance. His themes and subjects are equally wide-ranging, from commentaries on consumerism and popular culture to themes of spirituality, war, violence, and identity.

For De Guia, it’s all about bringing underlying tensions to the forefront by drawing on the mixed sociocultural influences and communities that comprise the Filipino identity. De Guia’s images have been noted to present a seeming discontent, sadness, or displacement. This has been interpreted as an homage to things rendered silent or forgotten by politics, history, or spirituality. However, he does so through ironic and even comedic representations of contemporary Philippine society and its colonial past. He often draws materials from his hometown of Baguio. As such the history and the cultural fabric of the Cordilleras are recurring and strong subjects in his overall oeuvre.

His artworks, both paintings and installations, often incorporate found objects or bric-a-brac that have personal resonance, often collected from indigenous mountain cultures, the streets, and from his family home. He employs the inherent narratives of these objects to reactivate collective memories, those things rendered silent or forgotten

De Guia has had several solo shows since his first one while a student at the Philippine National High School of the Arts in 1995. Aside from the Philippines, he has exhibited in Singapore, Australia, Japan, China, and Germany. He has also been an organizer of collective efforts such as arts festivals like the AXS Art Project. He was one of selected co-curators at the 2013 Singapore Biennale. In 2008 and 2011, he received distinction as a winner of the Ateneo Art Awards. In 2009, he received the Thirteen Artists award from the Cultural Center of the Philippines.