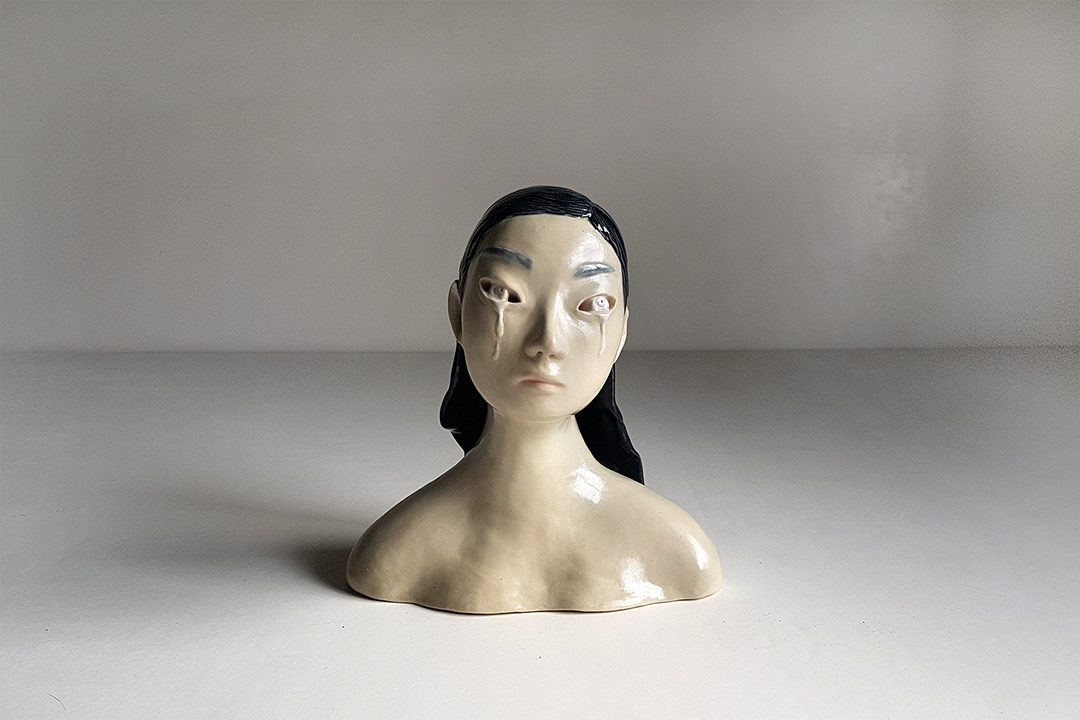 Kara de Dios is a Filipino painter and sculptor whose work depicts the self and the female form and is shaped by interests and themes that include beauty, femininity, slowness, body horror, the absurd, microbiology, and repetition as meditation. 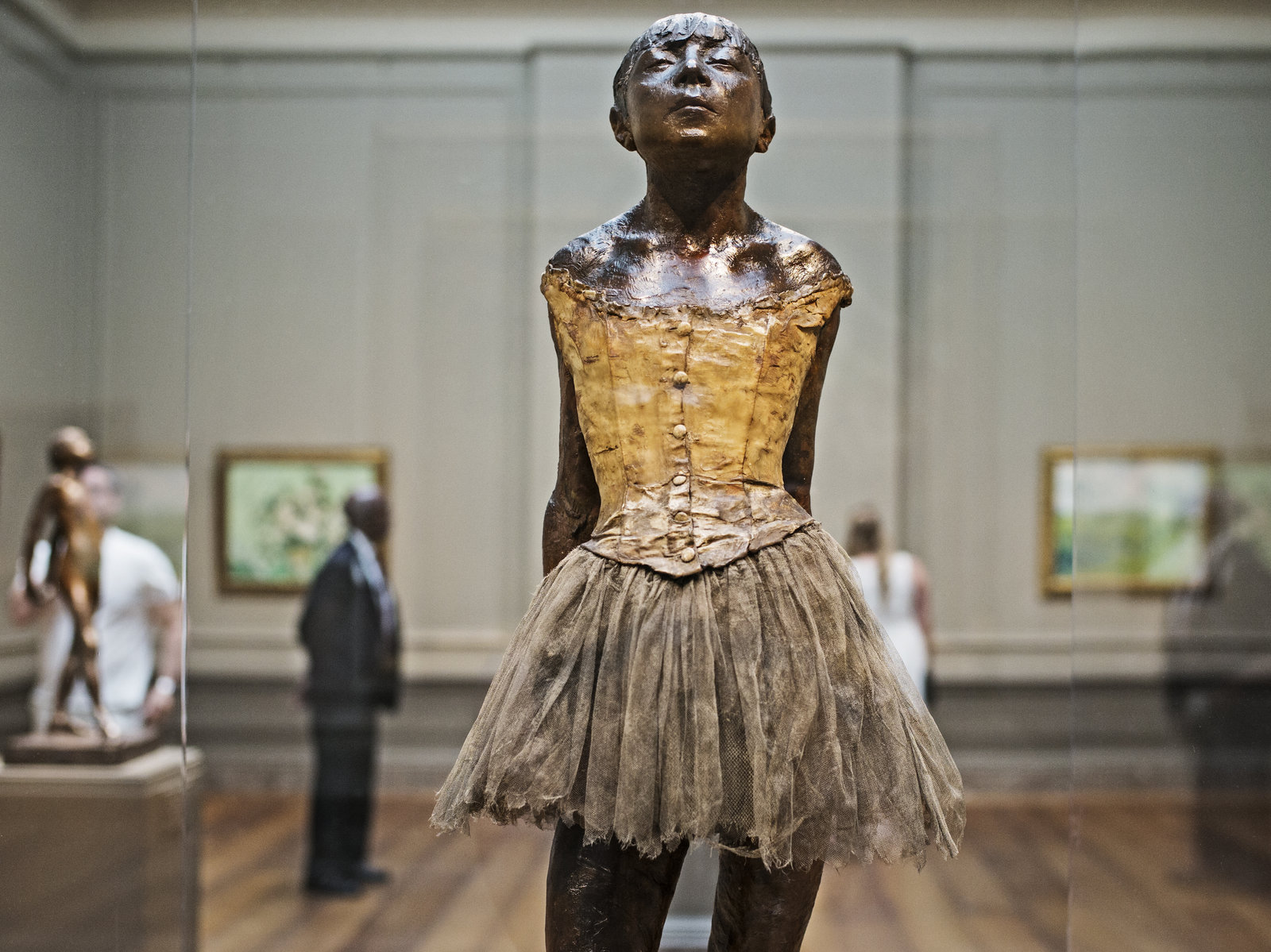 Both in her paintings and ceramic sculptures, one will find dominant motifs, nubile-bodied girls and breast-like formations. Her sculptures may remind one of the Edgar Degas sculpture, “Little Dancer of Fourteen Years.” But this is most likely a subconscious influence. For de Dios, these weird and delicate figures lost in some kind of melancholy are all versions of herself, her reflections on beauty and the female form and a drive to capture emotional states.

When it comes to beauty and sensuality, her girls, both in paintings and sculptures, are the haunting or unsettling kind that one can find in Symbolists of the 19th century or in surrealist painters, particularly women. It’s in part a reaction to inculcated standards from fashion magazines, Barbie dolls, popular culture, and mass media. For de Dios, typical and accepted beauty is boring. She instead gravitates to expressions of beauty and sensuality that can be uncomfortable and challenging to that world. She embraces the strange, but within the bounds of a fragile sensual aesthetic.

This pursuit of de Dios’ brand of the strange affirms a role of art. Art displaces what’s accepted and set-in-stone with something formed by sincere questions and obsessions or something yet to be defined much like the heavy lumps of clay de Dios presses and forms.

Her prepubescent girls too are raw forms like that clay, but raw in the sense of sexuality, something yet to bloom or yet to become destructive or threatening. The same cannot be said about the breast motifs litter her work. They are chameleons that can be seen as playful and mischievous or as experiments in abstraction. She calls them mountains-as-breasts-mountains. But more than being earthly formations, they appear as microscopic one celled animals, as food, as confections, and other ambiguous and amorphous things, while being signs of mature life-giving sexuality. In their multiple guises, they are a testament to an imagination transfixed by the feminine but loves the absurd.

Kara de Dios is a Filipino contemporary artist, based in Metro Manila. She has had several group shows in galleries and festivals in and out of the country, including Pablo, Artery Art Space, the Tokyo International Forum, Lopez Museum, Art Fair Philippines, and Art Informal. Her solo show was called “In the Pink” and she has a kiln named Agnes, after famed Filipino sculptor Agnes Arellano.