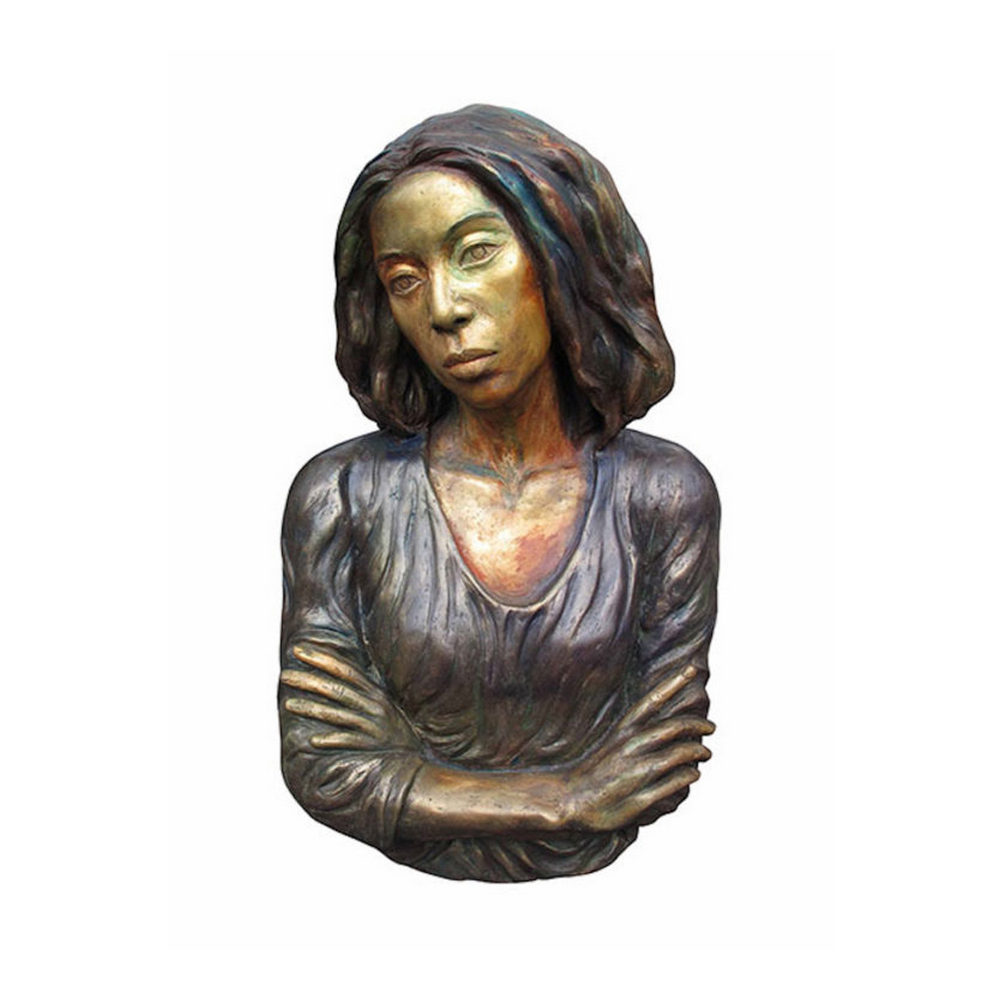 “I grew up in a house with music playing all day. I believe that music organizes, completes, makes a wholeness of all the swirling chaos in your heart and mind. It’s like God declaring, ‘Let there be light!’ And you begin to see.”

Born in Ilocos on this day in 1946, classical music would be one of Julie Lluch’s first loves because of her father and it was dance, literature, and philosophy. Sculpture would come later in 1976. Never having sculpted, she would discover a lifelong love for clay. That thing she calls a sensuous and pleasurable feminine medium would radically change her life’s artistic trajectory. Her first solo exhibition in sculpture would be held the next year.

More than forty years on, Julie Lluch has become one of our preeminent sculptors and one of only a handful of accomplished women in that field. Known for her terracotta sculptures, intimate life-sized portraits, and bronze monuments, many of her sculptures are a curious mix of the autobiographical, magic realism, and feminist views of women’s lives. Her work, however, has shifted more and more towards commissions for public monuments and towards personal theophanies on grace, work, and other aspects of God’s character.

Her latest display of work was at Art Fair 2020 with Galerie Stephanie. Called “Irresistible Grace: In the Regime of the Plague”, onlookers were confronted with a tableau of Lluch’s sculptures of historical figures and ordinary people with the centerpiece being a personal and updated rendition of Juan Luna’s Spolarium.

With a career spanning two generations, Julie Lluch has held several solo shows and participated in group shows here and abroad. In 2008, the Cultural Center of the Philippines dedicated a retrospective to her life’s work. She has also dedicated herself toward causes such as being a founding member of Kasibulan, an organization with the largest membership of Filipino women artists.

Among her current causes is a fundraiser auction launched on March 5, 2021 with Vintana of two sculptures for the medical expenses of a friend and mentor, Pastor Sunil Stephens of the Alliance Graduate School. See our other March 5 posts for more details.