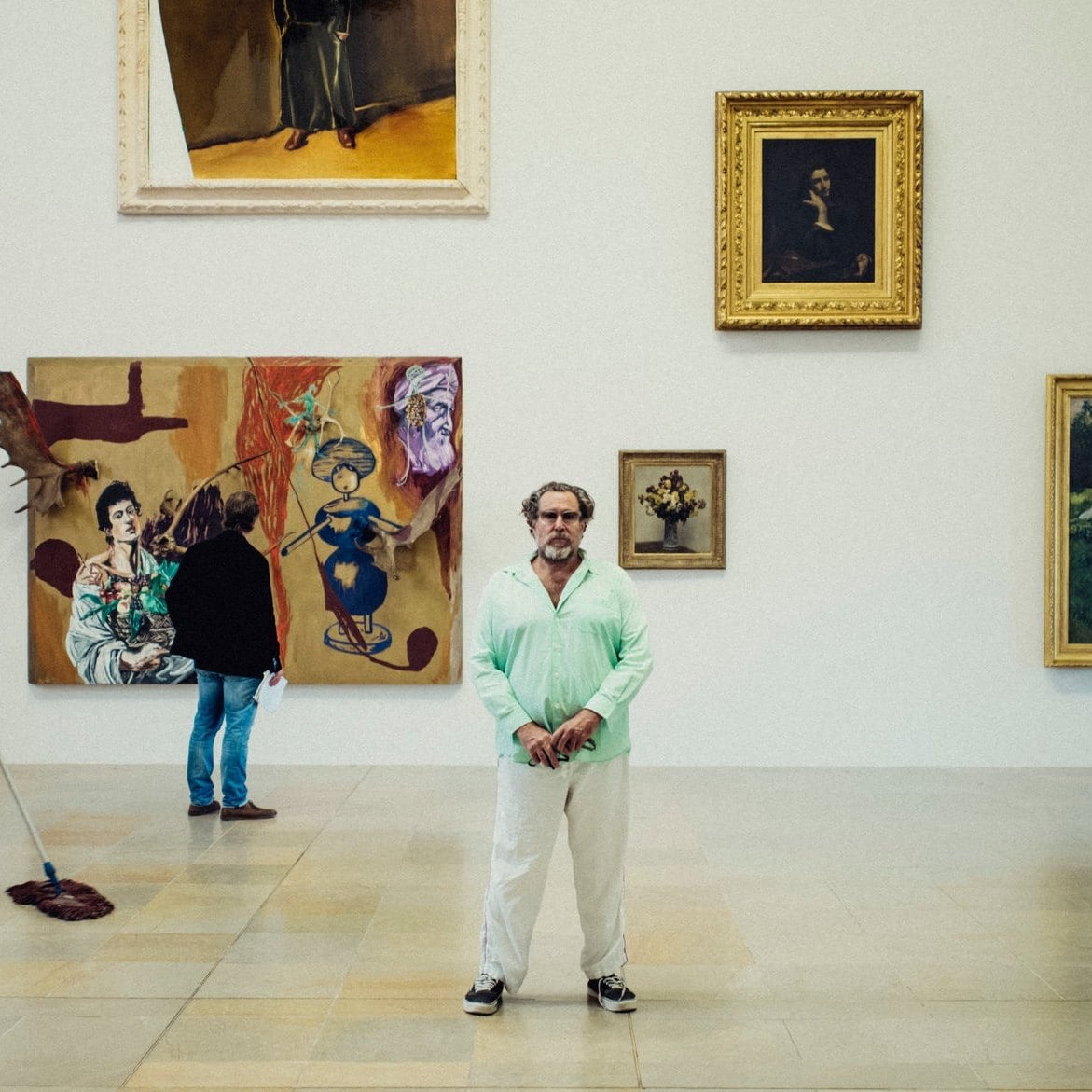 The emotions and narrative behind Julian Schnabel’s versatile work

Have you heard of Julian Schnabel? If you have, then you probably know that he’s an art-world star, a Neo-expressionist painter, a close friend of the late artist Jean Basquiat, and a filmmaker who became an important figure of independent arthouse cinema. And perhaps that’s the best way to introduce him to those who aren’t familiar with him.

Schnabel was known in the art world for his paintings on broken glass in the early 1980s. His large-scale works are materially and thematically monumental, deriving from influences such as Cubism to the practice of Cy Twombly and often touches on themes of sexuality, obsession, suffering, redemption, death, and faith. Schnabel was unapologetic and unstoppable with his use of paint drips, dynamic brushstrokes, discarded materials like broken plates, textiles, velvet, and more. One of his best known works is the oil on velvet Portrait of Andy Warhol (1982) where the translucent subject shares the canvas with a Pollack-eqsue splash of paint.

In an interview, Schnabel points out that while his life as a filmmaker may be threatening to eclipse his life as a painter, he still holds his palette firmly in hand. That still didn’t stop him from excelling in film. He directed Basquiat, Before Night Falls, The Diving Bell and The Butterfly which earned him an award for Best Director at 2007 Cannes Film Festival, as well as a nomination for best director at the Academy Awards, Lou Reed’s Berlin, Miral, and recently, At Eternity’s Gate.