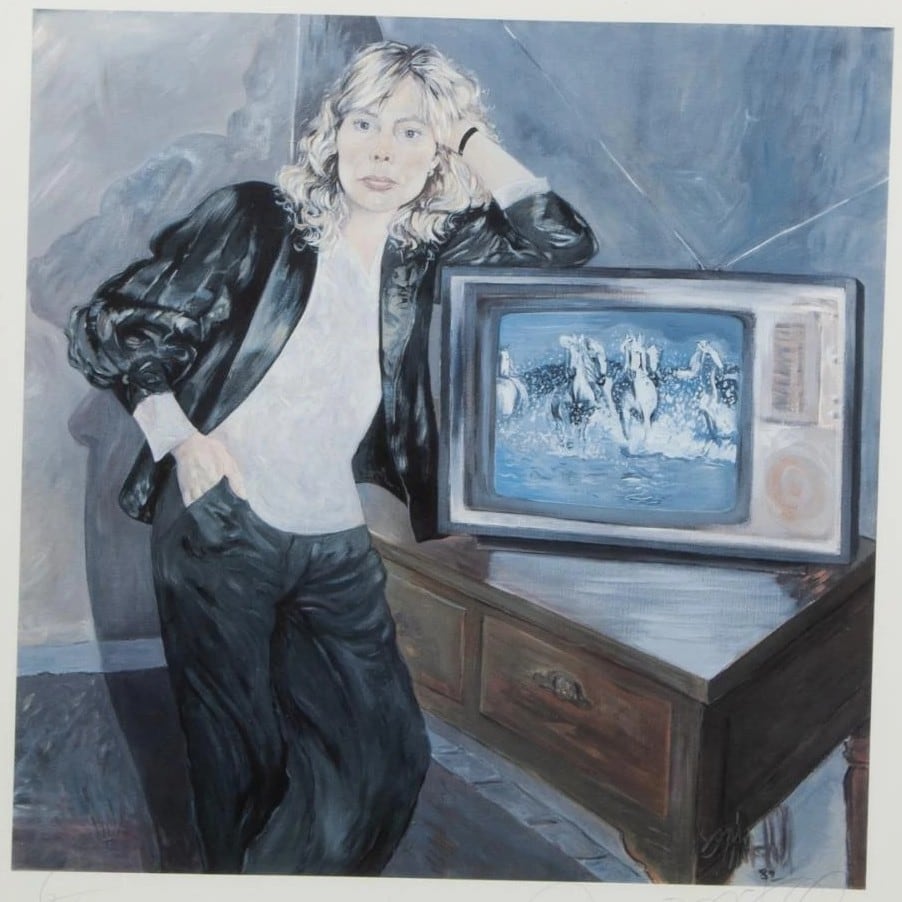 “I have always thought of myself as a painter derailed by circumstance,” says Joni Mitchell. Singer-songwriter, painter, poet, guitarist—all these artistic sides of Mitchell seem to have no boundaries as they blend throughout her career in the visual splendor of her album covers, compositions, and lyrics.

To the world, Mitchell is known primarily for her edgy folk, pop, rock, and jazz music. The genius behind her songs and lyrics set forth a blueprint for both enlightenment and rebellion, especially in the height of her popularity in the 60s.

While Mitchell’s musical influence captured the hearts of many, she always saw herself as a painter first. She created her art in shades and planes of perception, perfecting every detail with so much depth, commitment, and authenticity. It’s as if her songwriting came from a natural love of visual and literary language. Her works came together in a rare 1971 book after the release of her album Blue. Mitchell compiled more than thirty drawings and watercolors and paired them with handwritten poetry and lyrics. She has a collection of over 318 artworks of still life compositions, self-portraits, including scenes about home.