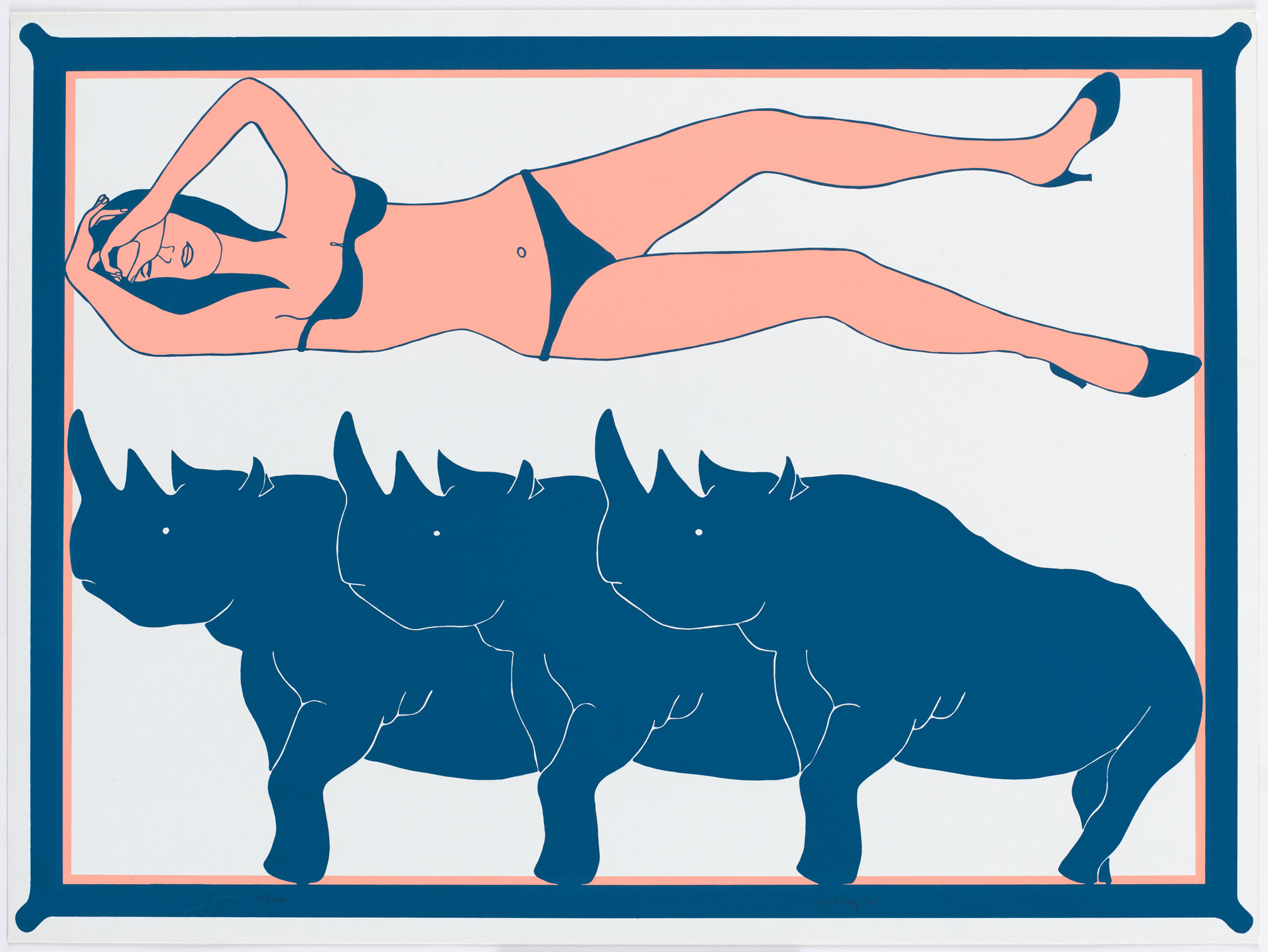 John Wesley’s bold and flat style is so prominent that it’s hard to miss. He traces fashion and news images from various media like books and magazines as the basis for his stylized acrylic paintings. Wesley adopts sign-like flattened forms and retains an extremely limited range of bright colors in his work. The sparing details he uses is akin to Minimalism and this reflects in his closest personal association with artists like Dan Flavin and Donald Judd.

Wesley is known as a Pop Artist but considers his works aligned with Surrealism. Interestingly, at the age of 92, he still continues to work with a series of shows every so often. His body of work seems to be a homage to Rococo with his casual and libidinous allegories. Wesley’s cartoonish paintings, to an extent, are inspired by Rene Magritte and Giorgio de Chirico as the themes celebrate fantasy and express human feathers and desires.

John Wesley was born on November 25, 1928. He began painting at the age of 22 after having a series of odd jobs. His first exhibition included mostly large-format acrylic paintings of imaginary seals and stamps and would later on continue using the flatness and limited color range on his works moving into the depiction of bodies and cartoon characters which led him to be grouped with Pop Art in the 1960s. Wesley has had several retrospective exhibitions---most recent at the MoMa PS1 in 2000. His paintings were given a large space at the Fredericks and Freiser Gallery booth and replicas of his work were featured in the window of Hermes boutique on Madison Avenue for the duration of the show.