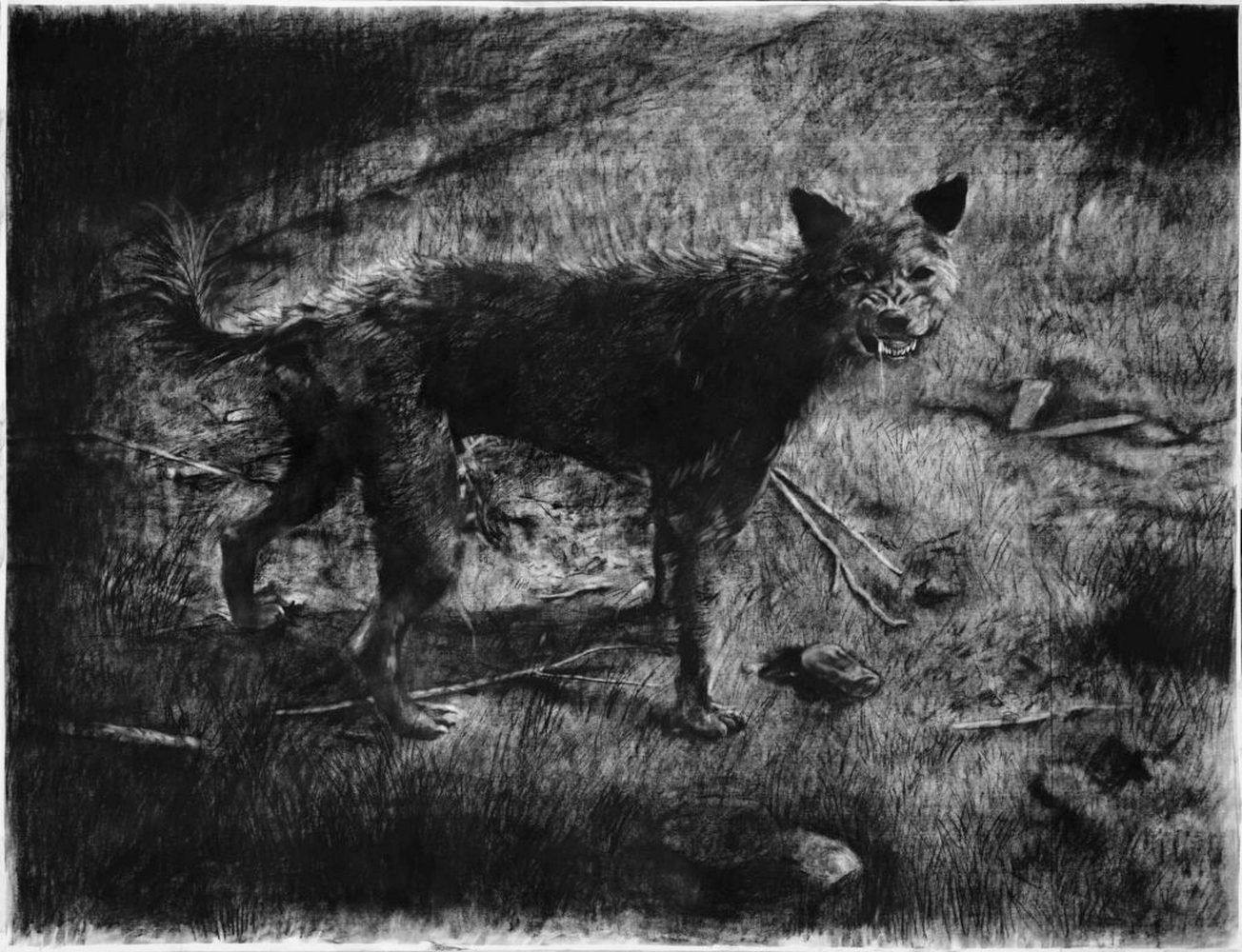 Darkness is a palpable presence in each work of art by Filipino artist John Marin. Through media like oil, graphite, and charcoal, Marin achieves a skillful balance of light and dark where darkness can be an overwhelming atmosphere. And that seems to be the point. In his paintings, it is a living substance from which figures take shape and concepts from myth, philosophy, and religion reside.

The black miasma of mystery, deep recesses for the unknown, and the secret conflicts of the soul can just as well be expected from Marin’s images. The symbolic potential, however, in his interplay of light and dark doesn’t end there. His intentions go beyond these trite associations.

As stated by Ruel Cassi in the exhibition notes for Marin’s 2019’s solo show entitled “Alongside Maya”, “The art of John Marin has been taking a great deal of inspiration from Eastern spiritual and philosophical traditions, exploring the visual possibilities in the wealth of wisdom emerging from these traditions while incorporating his own interpretations of their resonance in contemporary society.” Maya is a Vedic concept pertaining to an illusion obstructing one’s experience of reality. With that, Marin presents a set of large oil paintings, black and white portraits of people whose faces are obscured by the blackest squiggles. All but the figures’ eyes are under these black clouds of conflict, an indication of the eyes as portals to truth, reality, illusion, and so on.

Marin’s art shows, Alongside Maya from 2019, Aninag from 2018, and Beyond Darkness from 2017, to name a few, all deal with one concept or another about man’s existence and purpose through the lens of Eastern spirituality. If art is often touted as self-expression, then Marin’s paintings are his way of coming to terms or understanding his own beliefs. Or it can be the other way around, it is Marin’s expression of art’s purpose or basis for being in his own life, in this case, a vehicle for spiritual reckonings regarding the world.

Marin has exhibited throughout Manila, Philippines, and in Taipei, Taiwan, with 11 solo shows to date and even more group shows. Secret Fresh, the Bencab Museum, Yavuz Gallery, Blanc Gallery, the Vargas Museum, West Gallery, and Blanc Gallery are some of the venues that have showcased his work. He is a three-time finalist of the Metrobank Art and Design Excellence Award.