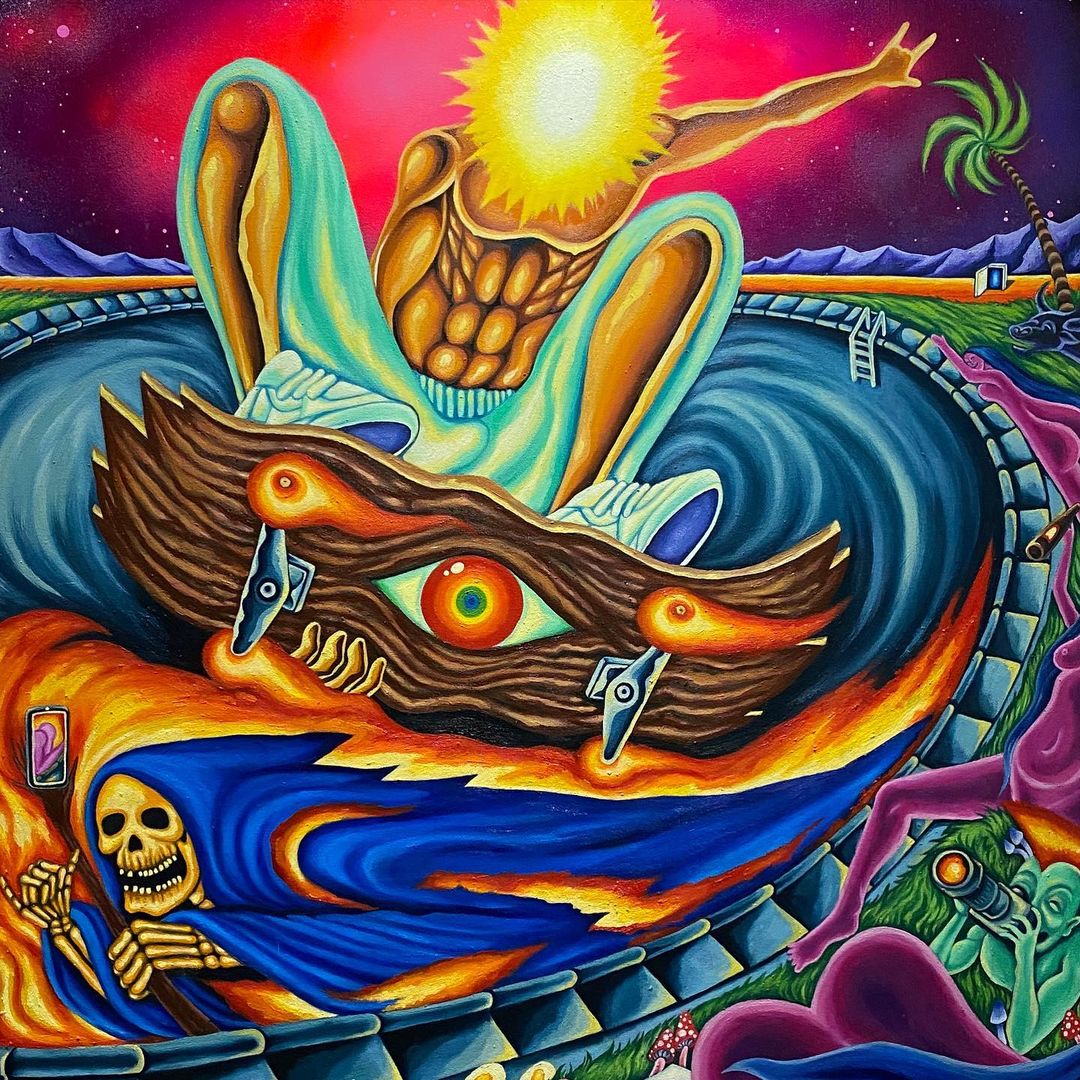 Filipino contemporary artist Jeff Tan was a ball of fire, a painter who didn’t play by the rules and whose intense imagination sustained a prolific and industrious practice. While his life was cut short, he still left an unmistakable mark on the Philippine contemporary art scene with his unique body of work.

According to him, fellow artist Joe Geraldo advised him to just keep painting. And this is what he did as he continued to refine and churn out his apocalyptic canvases of skaters, spiritual beings, monkeys, skulls, naked bodies, lightning, fire, and grim reapers. His paintings and drawings were invested with so much of his energy. They were nothing short of wild, electric, and psychedelic.

Tan stayed true to his aesthetic roots and to himself, saying in an interview with Project 20 “I paint what I think is funny to me and not to other people. Sarcasms and breaking the rules.” Not one to pander to academic and traditional standards of art, his paintings stayed close to the skater, hip hop, and graffiti culture he grew up with. His work was always “hardcore” or in-your- face, an explosion of visuals but one that was not self-indulgent. His paintings’ narratives suggested powers to overthrow, demons to destroy, enlightenment to achieve, desires to savor, and limitations to overcome. One would imagine that he painted with a wry smirk on his face and a sincerity to impart something significant or meaningful to others.

His latest solo exhibit showing some of his best work was called “Yes, Indeed!”. Rising out of his battle with leukemia, the show of paintings and drawings at Project 20 was a deliberate take on victory, on themes of life and joy. From there, he had plans to exhibit a group of paintings that would take viewers throughout different scenarios of a computer game while depicting the different antagonists, protagonists, and struggles in the current pandemic.

Jeff Tan passed away on January 20, 2021. He will be surely missed by his family, friends, and the art scene.

Rest well, Jeff. Your rebellious spirit and your wild artistic visions will live on in your loved ones and paintings.