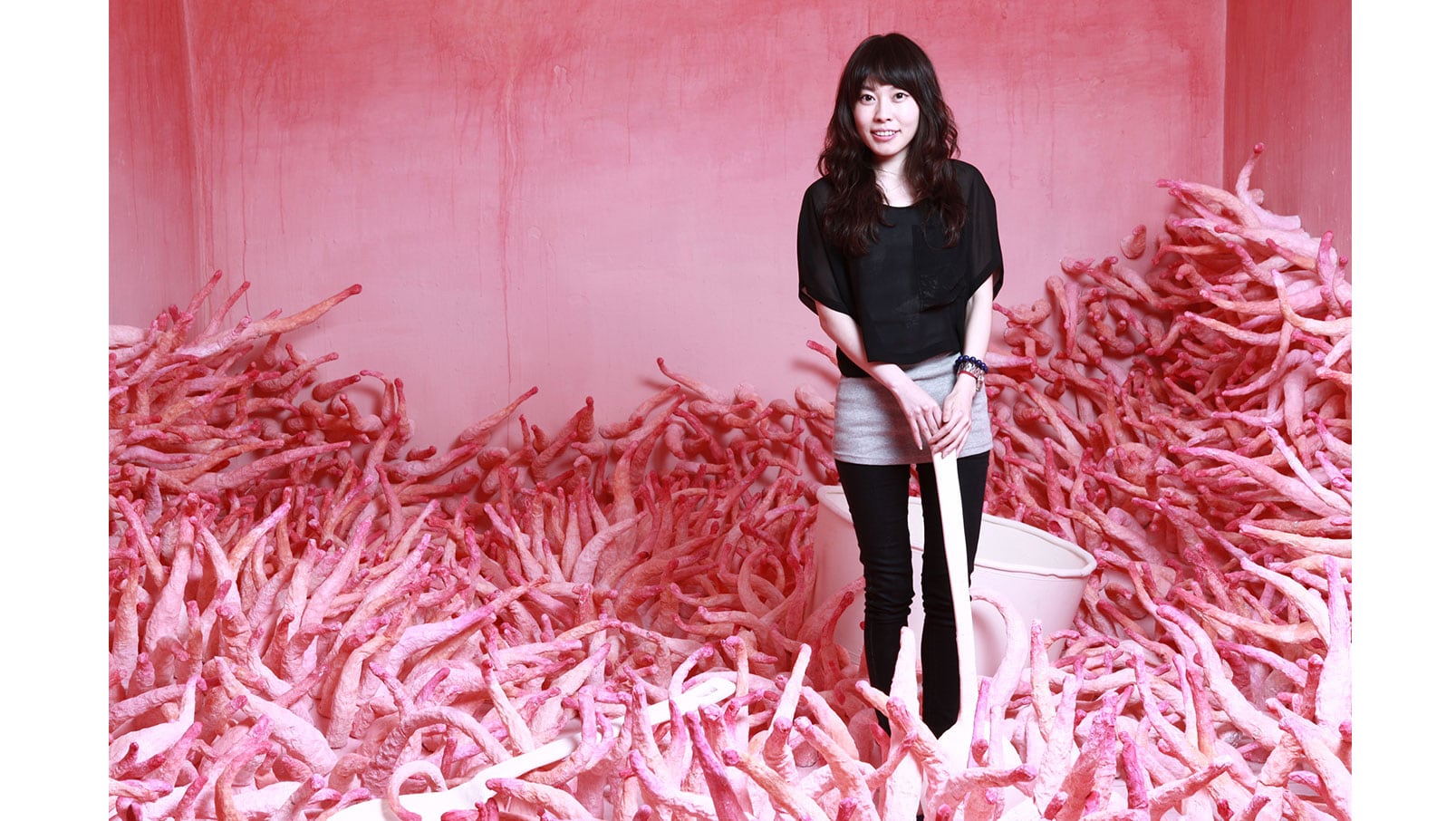 A picture or an image can easily trigger a buried memory much more rapidly than words. This happens because our brains are so efficient at keeping the essence of a picture. It captures not just the subject but specific visual qualities. For instance, when you see Jee Young Lee’s creations, you’ll probably be reminded of a dream or a scene in a movie from the neo-noir thriller Oldboy. In one climactic shot, the lead female character sits alone in a motel room trying out fake angel wings.

Lee’s art is about revealing an inner sense of self. And if you take a closer look, they very much represent the burdens of a woman’s labor. Drawing even closer, you’ll feel as if you’ve stepped into your own strange wonderland where everything is still, muted, and abstracted.

Indeed, Lee’s works are but a vivarium of one’s self. In her case, it is her own room where each constructed landscape are interpretations of personal experiences, dreams, and Korean folk tales. Lee photographs herself in each set and then records their destruction. “I could have used other models, but I find it more suitable to model myself since my work is very biographical. It reflects my identity and my life.”

In one of Lee’s previous works, “La Vie en Rose”, Lee drew inspiration from a Korean proverb, “Life is a thorny path,” in which she sculpted thorns out of resin and plaster to epitomize life’s countless hardships. For her, the entire process of creating an installation is an act of discipline and training. It takes between two to three months to produce--- from collecting everyday materials like plywood, paper cups, and straws to setting up lights. Interestingly, Lee works completely independently and ensures that her photos are free of digital manipulations.

Jee Young Lee is a South Korean visual artist who is known for her surreal, intimate, and imaginative dreamscapes which she creates by physically transforming her studio space with hand-constructed props. Lee mentions that some of her favorite artists include Yayoi Kusama, Tim Burton, and Michel Gondry. Lee’s first solo exhibition was held in Korea in 2009 and had several more in Australia, USA, Taiwan, and Ireland. Today, she holds solo and group exhibitions around the world.