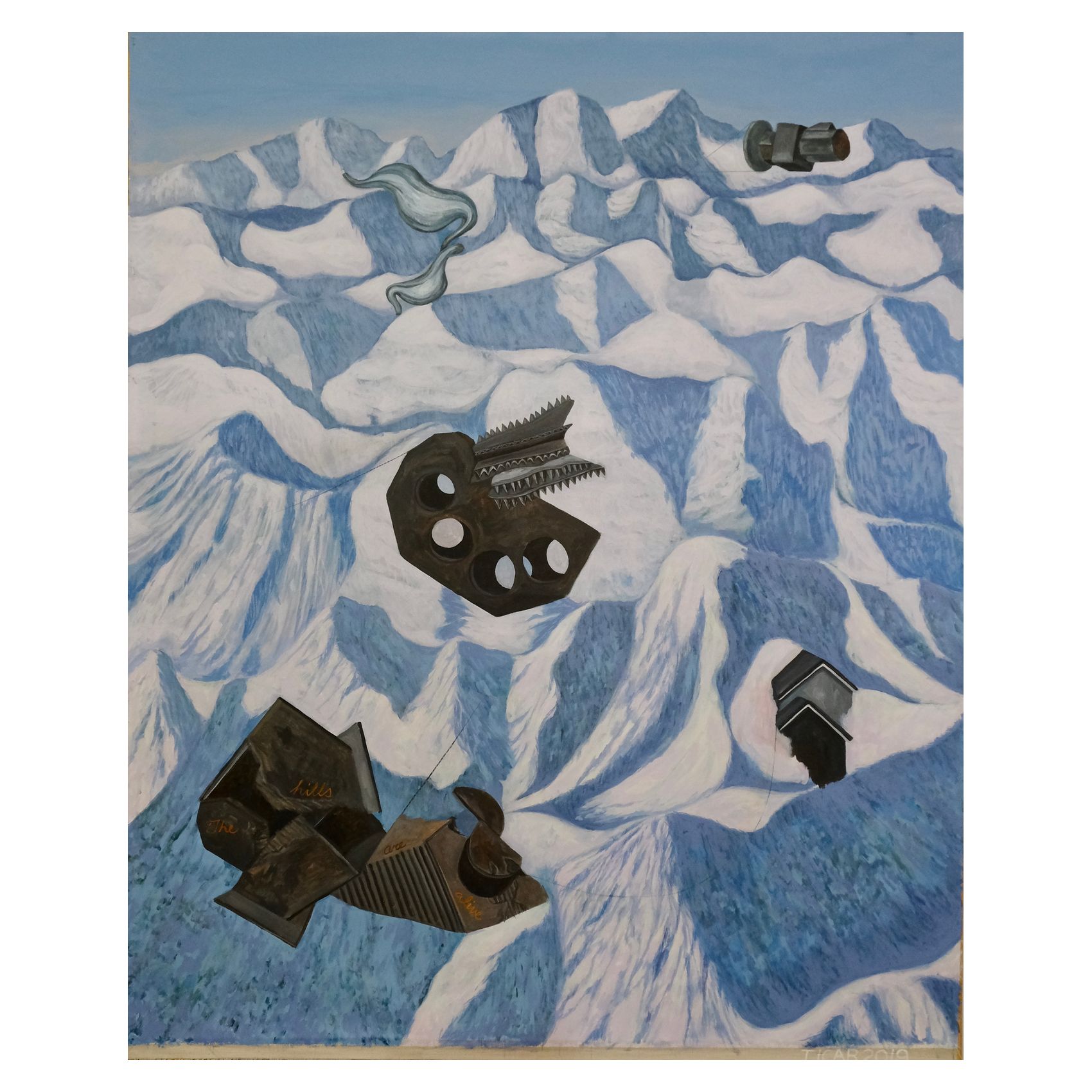 Filipino artist Jay Ticar’s art practice can be described, first of all, as multifaceted. It's one that has seen him engage in a range of disciplines, from painting and installation to art education and research, but all pursued in natural connection to one another.

Ticar, however, has been known by many for his wonderful paintings. This owes perhaps not only to his skill but to a self-awareness fine-tuned by a career as an academic. His process has been described as one where imagery is formed or articulated based on his dealings with, or perhaps even questioning of, conceptual constructs. These dealings include delving into what a painting and abstraction is or could be, apart from the more definite subjects he is known to tackle in his paintings. Among them is the use of house and home as conceptual material.

Ticar’s paintings have emerged from “a tendency to seek possibilities,” one akin to abstraction. He frees representational elements from sources as varied as 1950’s sci-fiction cinema, film noir, personal photographs, 3D imaging, and the structures and facades of houses to portray what he calls “expressive gestures, decoration, or symbols.” Under Ticar’s control, these elements are worked over or pushed to become pieces of arcane fragmented surfaces and illusionistic topsy turvy spaces that when deciphered reveal origins and stories of hope, love, marriage, family, migration, child rearing, and home building.

In recent years, his visual artistic practice has been fueled by research into the realm of sound art. For instance, “Sounds like Home” was an exhibition at Duemila gallery in 2018 with the artist Amy Aragon Ticar. Centered on abstraction, this series of paintings and architectural maquettes were the outcome of an evolution of their ongoing engagement with the ideas and images of home, but this time the sound aspect of home and the idea of building materials as acoustic accommodations.

Jay Ticar is a Filipino contemporary artist who has had several solo exhibitions here and abroad, represented over the years and at different times by globally recognized galleries such as OTA Fine Arts, Richard Koh Fine Arts, and Valentine Willy Fine Arts. He is also a recipient of the Monbukagakusho Scholarship, Asian Public Intellectual Fellowship research grant, and Asian Centre Fellowship. As a lecturer, has given several talks on sound art and the artist as a worker in a number of recognized institutions that support the arts.