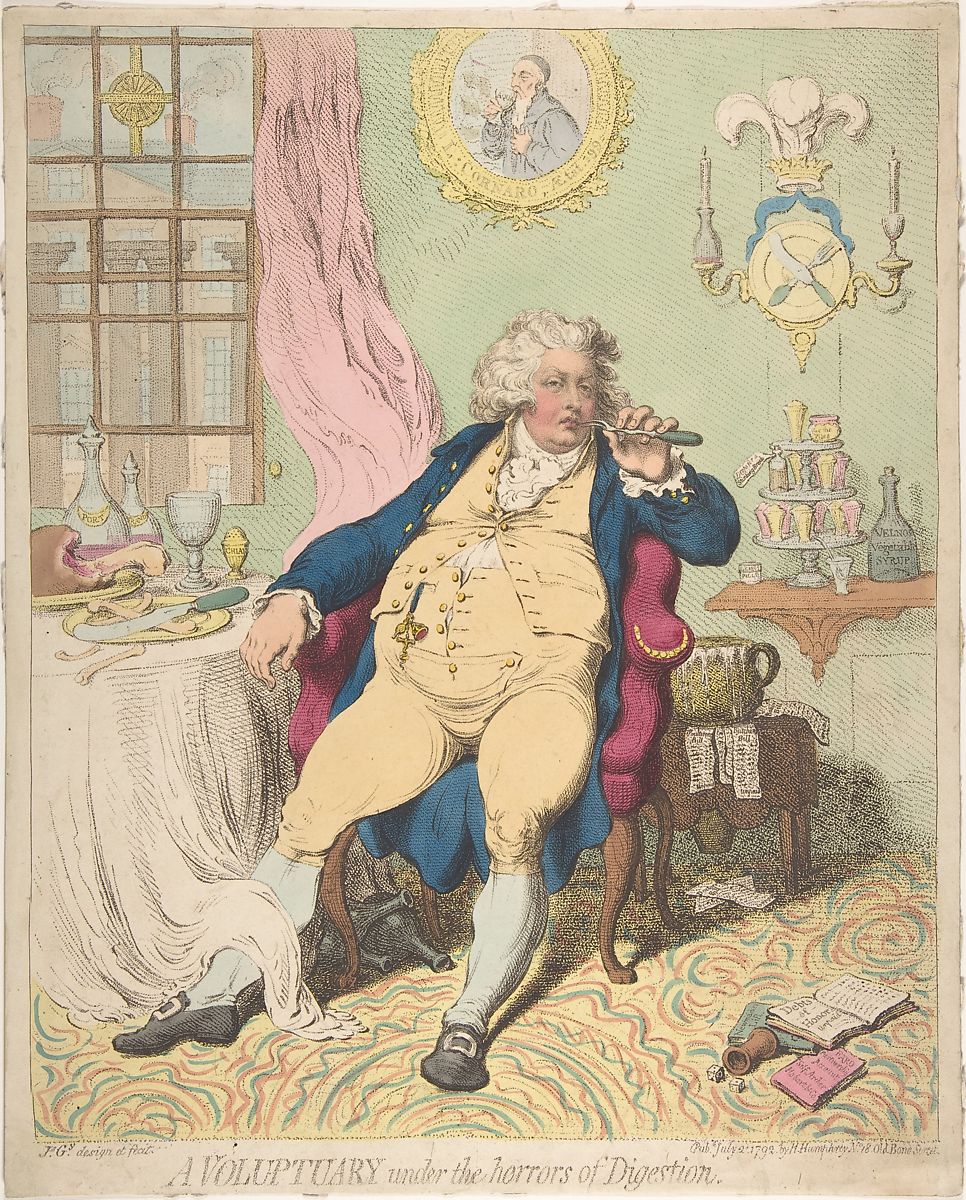 A caricature is defined online as a picture, description, or imitation of a person in which certain striking characteristics are exaggerated in order to create a comic or grotesque effect.They are common, having a low status like comic books and newspapers. You see them on the margin of school books or on the easels of street artists.

This cover pic, "A Voluptuary Under the Horrors of Digestion" is a caricature or political cartoon by James Gillray (1756-1815).

It shows the heir to the British throne "sprawled in his chair after a lavish meal, the prince picks his teeth with a meat fork; his lack of gentility is underscored by the over-flowing chamber pot at his elbow used to anchor unpaid bills. Just thirty years old, his accumulated ailments can be inferred from remedies piled at right – pills and potions to treat "stinking breath", "piles" (hemorrhoids), venereal disease and poor digestion. A portrait on the wall suggests a more effective remedy – depicting Luigi Carnarro, a Venetian nobleman whose life was famously saved by going on a strict diet. By including "Voluptuary" in the title, Gillray invoked contemporary worries that traditional British masculine virtues were being enervated by a culture obsessed with luxury."

Gillray became the leading caricaturist of his time, lauded as an artist of outstanding inventiveness. He incorporated caricature portraits into more complex and ambitious satirical prints. And by the 1780s, the practice was no longer a light-hearted amateur pastime, but a political, and often rancorous activity. He continues to influence satirists to this day.

A Gillray print was at the same time mass entertainment, a magnifying glass of his society, and a political weapon. They belonged both to the street and to the connoisseur's study. They retain an ambivalent status today, hung in a kind of limbo between political history and art history. This is something one could say about all great art.