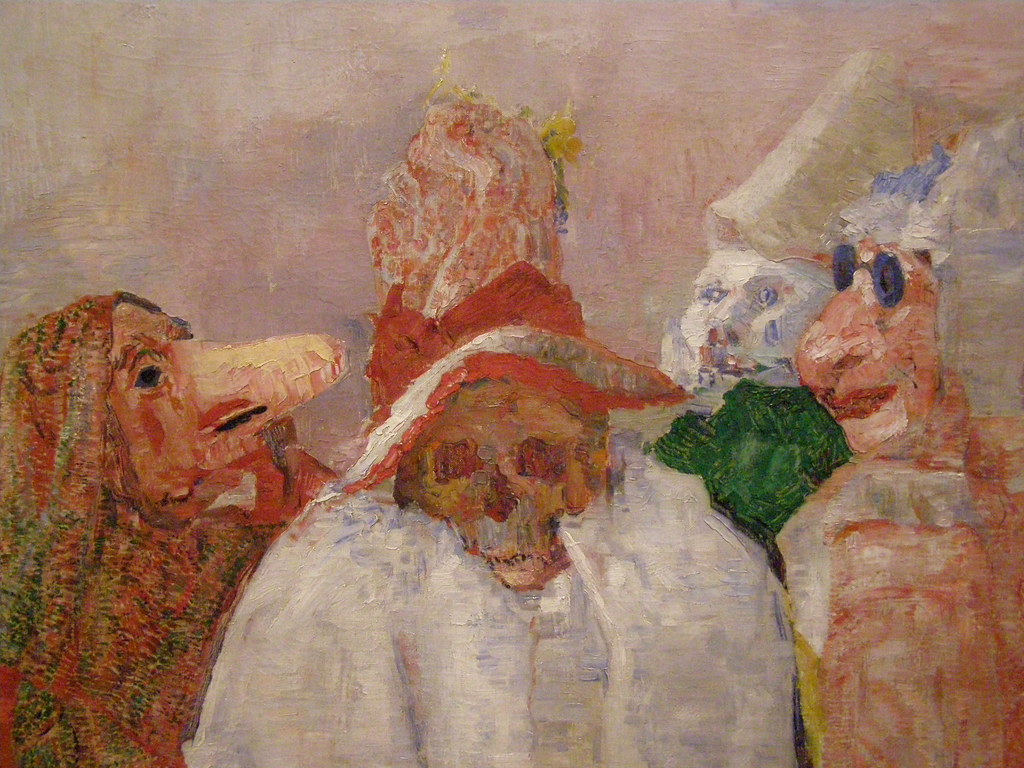 Considered a real pioneer of modern art, James Ensor veered off the path of traditional painting and began to develop a revolutionary style that reflected his own take on modern life. Ensor was particularly fascinated with the popular carnival culture organized around the celebration of Mardi Gras each year throughout Belgium. He was most certainly influenced by the fact that his family’s shop in Ostend was a main purveyor of carnival paraphernalia. Ensor’s imagery is consistently cynical and mocking and presents an almost grotesquely form of Realism meant to document underlying contemporary social morays of his time, and probably of all times.

Throughout his painting career, Ensor developed a revolutionary method of painting better-suited to his personal agenda. He abandoned the usage of illusionism and one-point perspective to organize the image he’d depict. He would build volume with patches of color across the surface of the canvas. The effect was a representation that no longer receded but instead, threatened to enter the viewer’s space. His scenes and portrayals are crowded to the point of bursting, void of any breathing room. His masked figures give them faces that would express their inner selves rather than their anatomical ones. Through this expression, he was able to dig beneath the surface and reveal the “true face” of society, resulting in his rejection by many even the local avant-garde artists. Ensor’s social commentary, at first understated, eventually took on a furious cynical tone.

James Sidney Ensor was born in Belgium in 1860. His parents owned a souvenir shop in the tourist town of Ostend, selling carnival novelties and seaside trinkets. The shop, full of innovative motifs and objects, inspired Ensor throughout his artistic career. He had a happy and carefree upbringing, living with his mother, father, sister and aunt. He went to school at the College Notre-Dame but showed very little interest in learning. He struggled within the structured disciplinary environment and after two years withdrew from school.