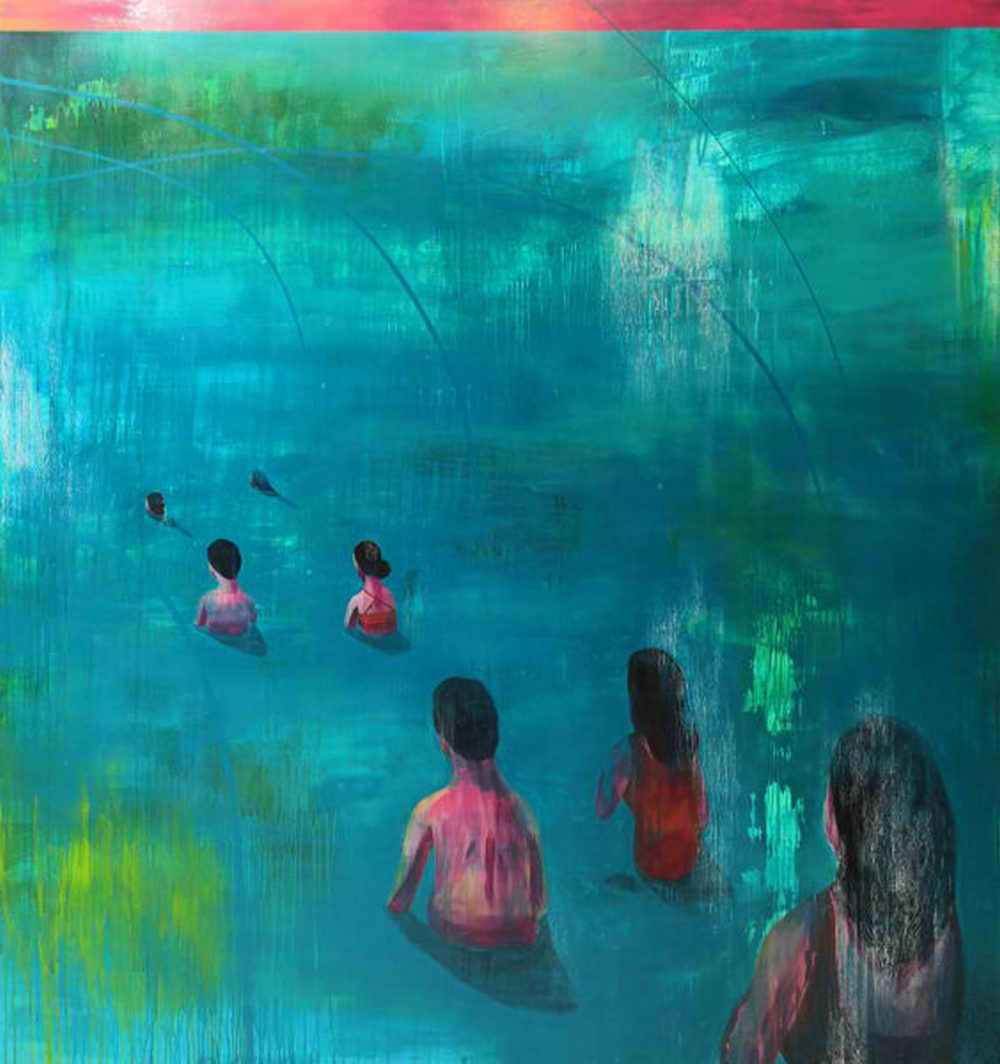 “Di’ puwedeng walang bulaklak.” (There has to be flowers.)

This statement made by Filipino Artist Jaime Pacena gives a glimpse into his ideas about the roles of art and his own artistic practice. More than exercises of skill and displays of beauty or the decorative, painting flowers can be a “performative prayer.” It is meditative and compassionate, an act of empathy towards people and the world-at-large.

For Pacena, artistic practices like painting and non-traditional platforms function in many ways that extend outside creating objects for the art market. He likens it to life itself. During these times of compulsory isolation, creative routines for Pacena are a matter of survival. It encompasses finding ways to understand oneself and engage with communities within and outside of art. One of the strongest ways that Pacena has always done so is by taking on the role of storyteller in his paintings, painting with his particular combination of pictorial influences that he does consistently.

Jaime Pacena is a Filipino contemporary artist, curator, and teacher. He has had solo and group exhibitions and curatorial projects in Manila and abroad. Pacena is also a teacher of multimedia arts at Asia Pacific College and the in-house curator of CANVAS, a non-profit organization that believes that children with art and stories can change the world. He is the founder and creative director of BMLab, the Bliss Market Laboratory, an independent creative and technical support organization.

In 2010, he was a grantee of the Jenesys Programme for Creators, a three-month curator-in-residence program at the Aomori Arts Center in Japan. He was invited and participated in the Asahi Art Festival Travel Study Tour in 2011. In 2012, he was a grantee of the Arts Network Asia in Singapore and in 2018, the Asia Center Cultural Exchange Program. In 2013, 2014, and 2016, he participated in the artist-in-residency program of Rikuzentakata, Japan.