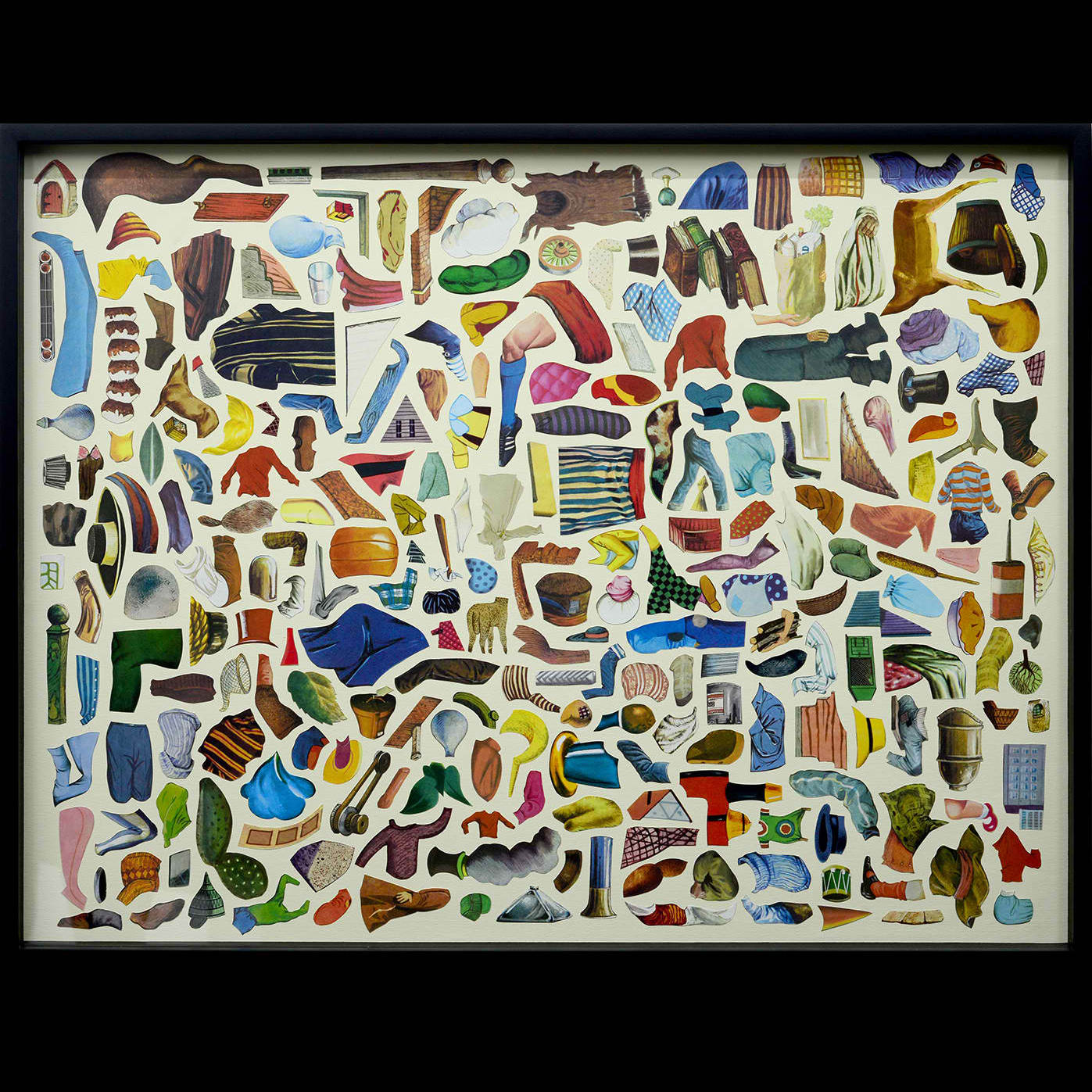 Filipino painter, sculptor, and collagist Jacob once called his artworks an homage to Frankenstein’s monster. This isn’t far fetched given that his pictures can appear like the aftermaths of operating tables for scavenged and disinfected body parts. Most of his works involve fragments or the operation of fragmentation and then reassembly, at times into new floating configurations, at times into a factory-style non-hierarchical inventory.

The results are always clean and elegant pieces that often grow out of the operation of cutting along lines and then across them. Paintings seem to follow the same principle of juxtaposition of fragments into new enigmatic figures or patterns. It almost goes without saying that what Lindo produces especially with his collages tease the viewers to be disassembled into pieces for recognition or for their origin. Sometimes the mystery is heightened, for instance when he combines his cut-outs with paint in a series like “Less Barriers.”

Most of the work Lindo produces, he does in series. There’s a simplicity or repeatability in how he does it, a formula or theme that allows the series to grow and multiply, occurring across all sorts of media and materials. One can imagine a detachment, a kind of autopilot mode of joyful quiet laborious repetition. There’s an elegance in this. A man machine analyzing the input of a visual world permeated by photographic images and churning out equations according to themes or combinations of substances (pictures of metal, hay, hair, plants, domestic objects, clothing, Disney characters), owing probably to Cubism’s aestheticized response to mass-cultural imagery.

Jacob Lindo has won numerous awards for his paintings, collages, sculptures, and drawings. He has been part of group exhibitions and has staged numerous solo exhibitions in local galleries and museums such as Cultural Center of the Philippines, West Gallery, ArtInformal, Silverlens Gallery, Blanc Gallery, and MO_space.