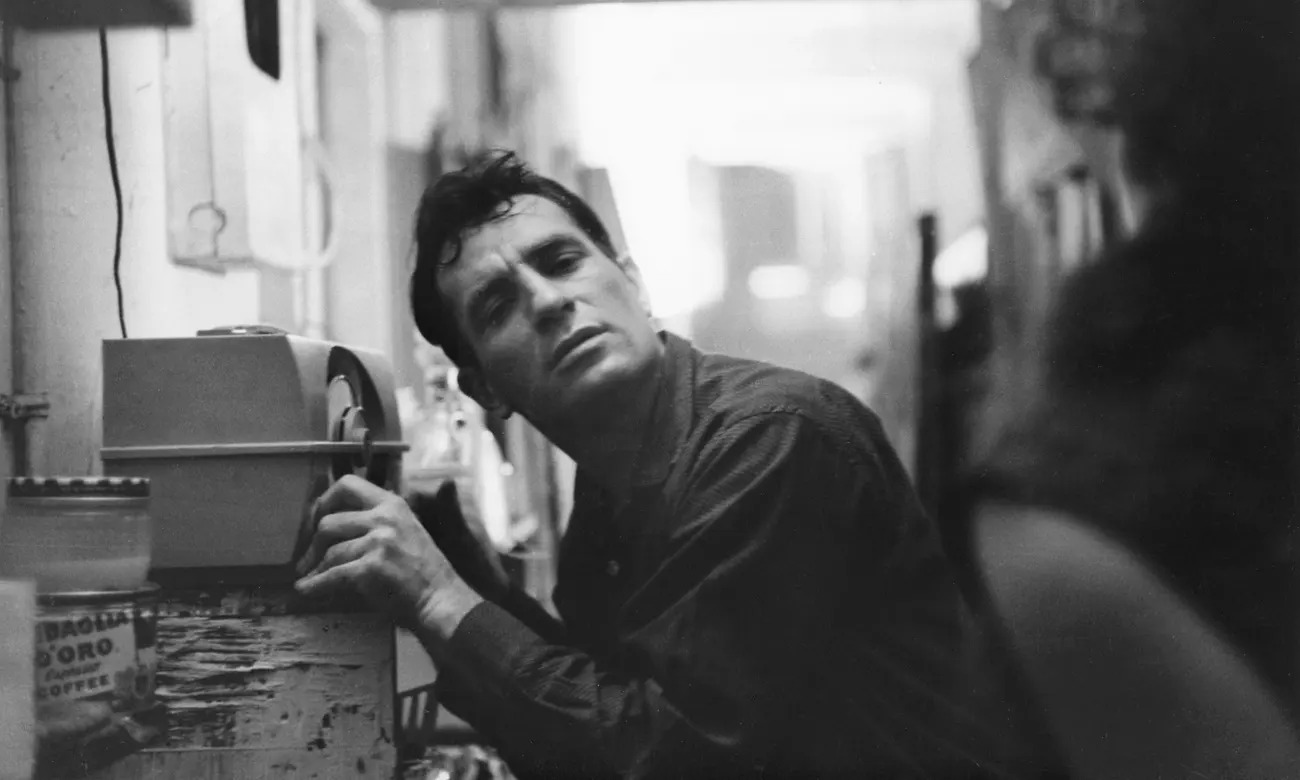 Jack Kerouac Beyond The Road

While best known as being the figurehead of the Beatnik Generation, Jack Kerouac used art as his refuge–his means of expression when words seemed impossible. He painted and drew even as he was cranking out literary landmarks such as “On The Road”, “The Dharma Bums”, and “Big Sur”. He didn’t stick to particular mediums and much like his writing style, it was all about spontaneity and creativity.

Famously, Kerouac was unhappy with the cover his publishers gave his very first novel “The Town and The City” when it was published in 1950. When he’d written his seminal novel “On The Road”, and before it was published, after a five-year battle in 1957, he designed his own cover. It was a rough pencil sketch of himself embarking on an infinite road with the title of his work diminishing in perspective towards a vanishing point. It was accompanied by a typewritten note to his potential publisher. Neither the cover nor the book appealed to that particular publisher at the time, but it wasn’t before long Kerouac found a publisher and his reputation was cemented as one of the most important writers of the second half of the 20th century.

While Kerouac’s artistic attempts show a childish eagerness with their simple lines, the half-finished doodles, and the vibrant Pollock-like dribbles of paint, we are reminded of his unique position in the artistic community of his time. In the 1950s and 60s, he successfully straddled the visual art and literary worlds. He was also friends with artists such as Willem de Kooning, Larry Rivers, and Franz Kline and moved in the same circles as Jackson Pollock. Using various techniques like pen and ink, oil on canvas, acrylic on wood, and mixed media, he took pointers from Abstract Expressionism with his frenzied ‘action paintings’ and scraps of paper inundated with swirls of paint, however, he would revert to figurative renditions and more traditional subjects.

It’s clear that his real power lay with words. However, his art seems to serve a wider creative purpose. The scrawl of a doodle or the flick of a brush, for example, can be understood as mechanisms through which his mind would tick over what it needed to process from the world before spitting them out onto pages.

By January 1959, he established his own set of artistic rules which are printed in large, bold text on one wall of an exhibition of Kerouac’s visual art at the Museo Maga in Gallarate, a small Italian town just outside Milan. This manifesto for painting includes commandments that displays a connection between his visual art and his literary art in his self-directed instructions to “pile it on”.

ONLY USE BRUSH, no knife to mash and spread and obliterate brush strokes, no fingers to press in lines that aren’t real

USE BRUSH SPONTANEOUSLY. i.e Without drawing, without long pause or delay, without erasing…pile it on

FIGURE MEETS BACKGROUND OR VICE VERSA [sic] BY THE BRUSH;

PAINT WHAT YOU SEE IN FRONT OF YOU. NO ‘FICTION’

STOP WHEN YOU WANT TO ‘IMPROVE’