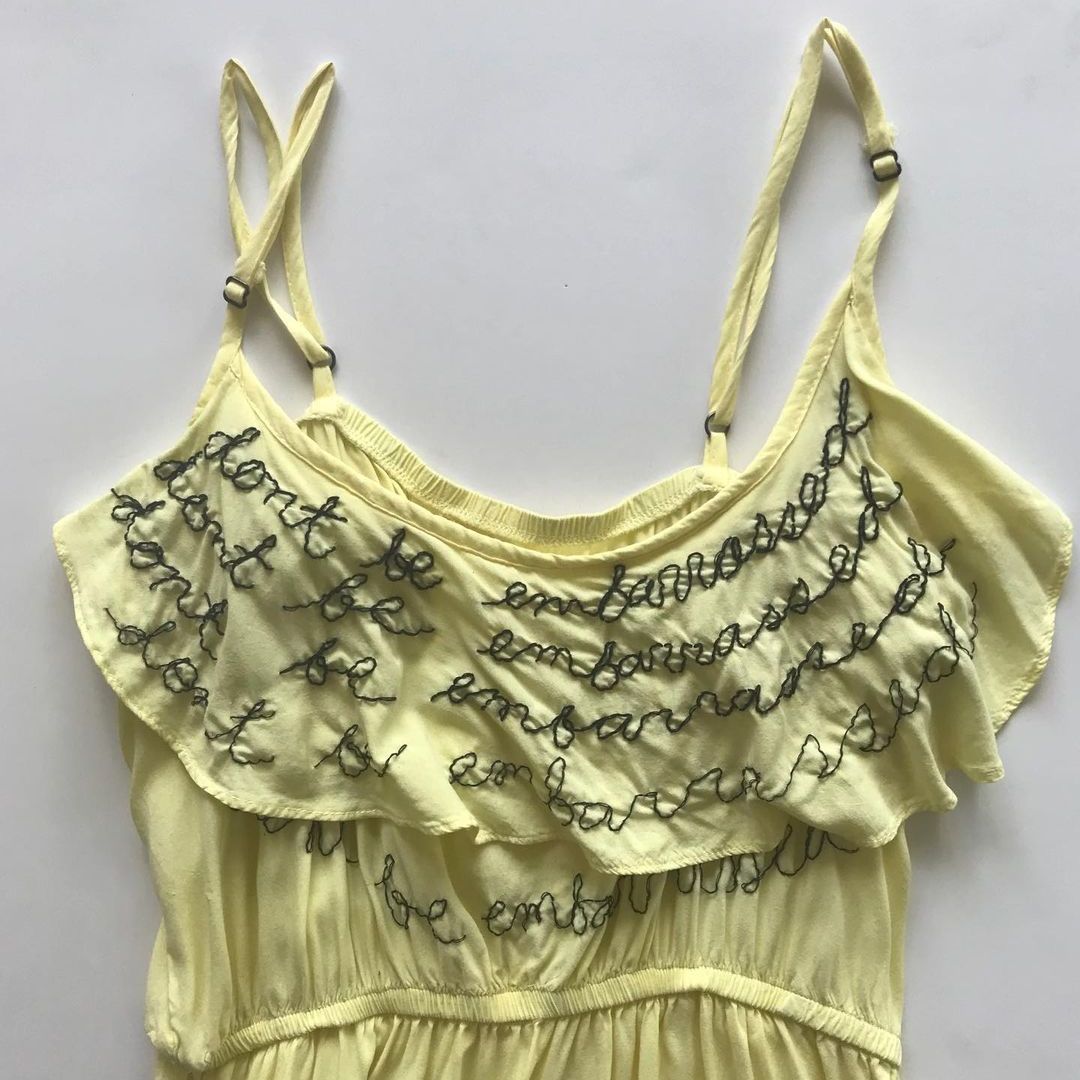 Many of Filipina artist Isha Naguiat’s art often deals with visualizing and questioning her own connections to home. That idea, that place, that state called home is continually defined before us in her myriad pieces. One thing is emphasized in all of that -- this amorphous thing called home is a persistent tether rooted in memories. She employs processes like installation, photographic printing, sewing, and embroidery performed on remnants of the past, old family photos, childhood garments, and such. At times, they are framed or cast in the appearance of a very basic house-like structure, “a cornerstone of Isha Naguiat’s visual language.”

Naguiat’s artifacts have been called “articulations of her feelings of home and memory” or a “validation and deconstruction of her memories.” They are often honest, hardly nostalgic and sentimental daydreams, even as she leverages media and items for dream-like qualities like translucence and faded imagery. For instance, creating an embroidered fabric called “Hidden Uneasiness” over the course of a stay abroad served as comfort against feelings of attachment burdened by irrational feelings, that ceaseless looming shadow or anxiety of being away and being unrooted.

One of Naguiat’s ongoing projects is “Intersection/Likas,” an evolving study with artist Mila Bubily on sustainability, aging, and identity. One of its incarnations was shown in gallery Vinyl on Vinyl as paintings, photo collages, and installations.

Isha Naguiat is a visual artist from Manila, Philippines. She has participated in several group exhibitions and a 2017 artist-in-residency program at Takt Gallery in Berlin. Her solo shows have been showcased at the top galleries in Metro Manila -- “In Flux” at Underground, “Little Packages of Incomprehensible Things” at Vinyl on Vinyl, and “This Used to be a House” at Finale Art File.