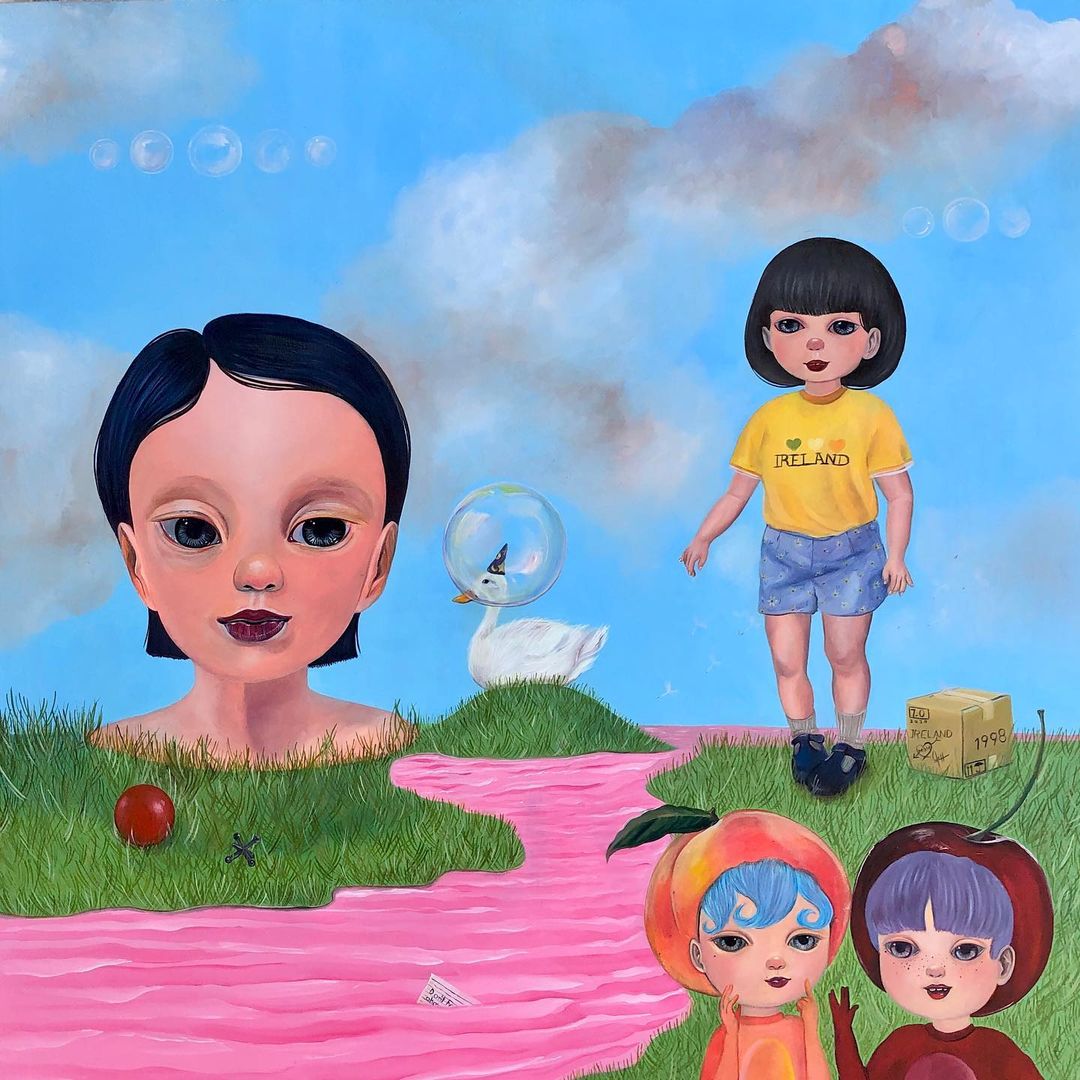 Filipino artist Ireland Jill’s subjects are no angels. At least that’s what you’ll realize if you look beyond those big, innocent-looking eyes of the children she paints. Some are doing weird experiments with gummy bears, some seem to be enjoying little heads on soup bowls, and some seem to be relishing an ironic secret.

What’s interesting about Jill’s whimsical portrayal of her little humans is how well she captures the mischief in their eyes, which aren’t necessarily wicked. Jill does them in a way that makes you want to inspect the colors---are they tiny fragments of broken glass? Confetti? Is there a milky way in there? One would think of Yoshitomo Nara’s rendition of kids in his works, except that Nara’s subjects are brandishing knives, smoking a cigarette, or watching houses burn. But the playfulness is always present.

Ireland Jill is a Filipino artist who earned a BFA in Painting from the University of Santo Tomas (UST) in 2019. She considers herself a lowbrow artist (also called Pop Surrealism, an underground visual movement that often has a sense of humor or depicts satirical images) who works across various mediums and is best known for her cartoonish paintings of children. She consistently draws inspiration from the 90s and has also experimented with sculpting heads of figures from her paintings. Jill is currently part of Vintana’s Christmas group exhibit “Spirits of Unsung Christmas Carols”.