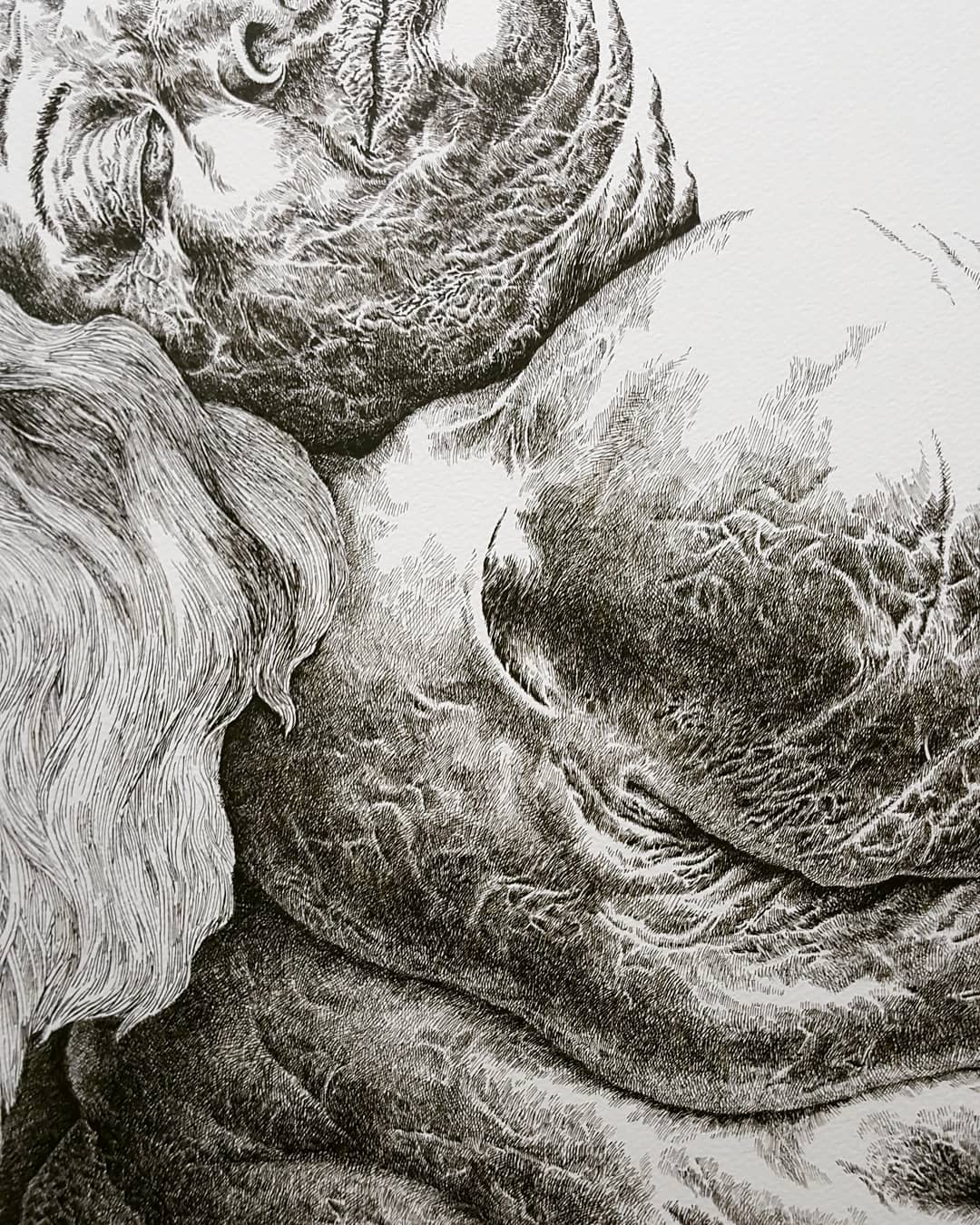 With roots in the Philippine social realist tradition and in activism, Filipino artist Iggy Rodriguez’s paintings were once more obvious depictions of social ills and corruption, even as he was deeply involved in protests and effigy burning. Looking at his often greyish figures built up with ink and obsession, one sees dense and grotesque anatomical figuration driven by the very act of drawing and perhaps influences that range from Baroque’s over-the-top detail to Heavy Metal magazine.

His images have increasingly become more ambiguous and, in that vein, more seductive. The medium and the love for drawing is more apparent. In many of his current work, the weight and presence of the drawn figure as a figment of imagination and a product of graceful control stand out, perhaps more than the stories sourced from Philippine society that presumably went into their creation. His pictures aren’t straightforward vessels for allegory, something that has become trite in Philippine art. His pictures aren’t the go-to depictions of Philippine social malaise on canvas or painted soap operas of poverty, oppression, and abuse of power.

As Rodriguez himself finds the process of drawing to be an act of contemplation, the figures and scenes he produces become tenuous mysteries to the viewer, bodies that suggest universal themes like isolation, suffering and the limits of the body, systems of control, and excess. And even with the ability to correlate what his images mean to our society, what Rodriguez draws becomes something remotely familiar, alien, and entrancing.

Filipino Contemporary artist Iggy Rodriguez has received numerous awards including the Grand Prize in Pen and Ink Drawing category of the Art Association of the Philippines Annual Competition in 2001 and the Thirteen Artists Award of the Cultural Centre of the Philippines in 2009. He has exhibited in galleries in the Philippines, Singapore, China, Italy, Cambodia, England, Malaysia, and South Korea.