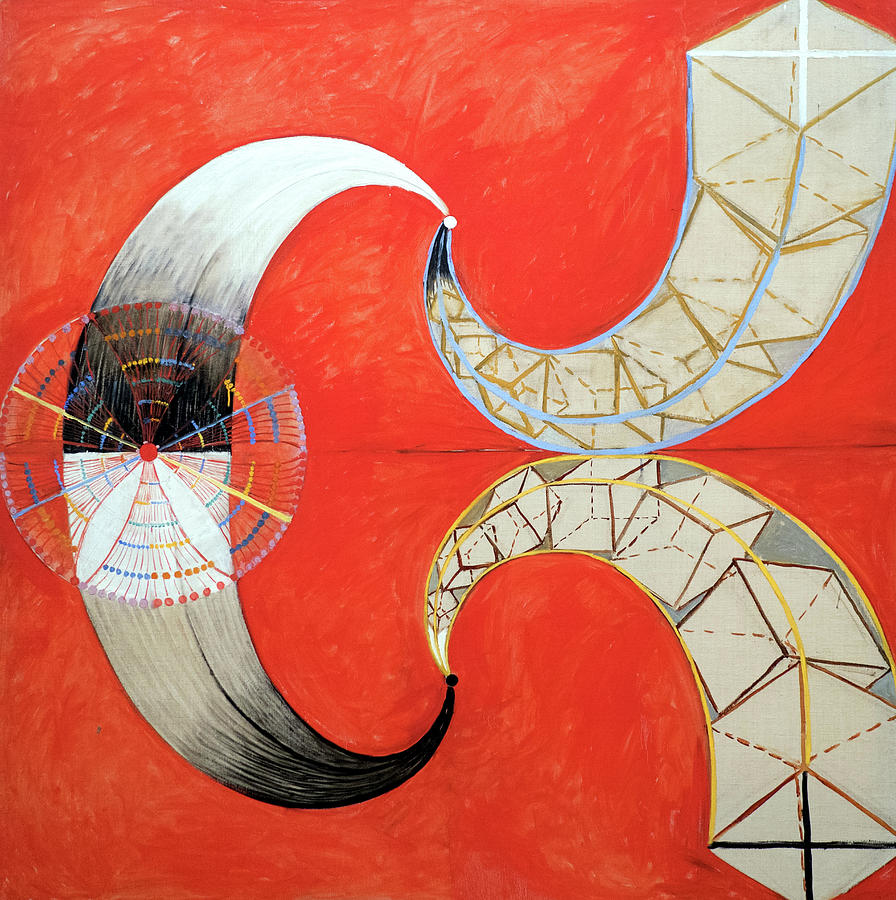 “The pictures were painted directly through me, without preliminary drawings and with great power. I had no idea what the pictures would depict and still I worked quickly and surely without changing a single brush-stroke.” -Hilma af Klint

Years before Wassily Kandinsky, Swedish artist Hilma af Klint was painting circles, sunbursts, and looping lines. She deeply believed that she had been instructed by spirits. They called her "crazy witch" but today, over 75 years since her death, Klint is being recognized as a pioneer.

In her retreat from the world, Af Klint discovered her creative sensibilities. Surrounded by water and spirits, she worked at the service of her occult beliefs. But Af Klint was not just a conduit for occult spirits. She was also attuned to the scientific developments of the day. In the years in which she was creatively active, it was a time when science was exploring worlds beyond the visible including subatomic particles and electromagnetic radiation. Af Klint made the invisible visible through perhaps which science disclosed or what she believed the Higher Powers commissioned her to depict.

Hilma af Klint was born in Stockholm in 1862. She studied at the Royal Academy in Stockholm from which she graduated in 1887. She went on to support herself by painting landscapes and portraits as well as very beautiful botanical works. She joined the Theosophical Society in 1889 and in 1896 established a group of female artists called the Five, who each Friday met to pray, make automatic writing and attempt to communicate with other worlds through seances.

When she died in 1944, Af Klint left more than 1,300 works which had only been seen by a handful of people. She also left 125 notebooks in which she stipulated in one of them that her work should not be displayed until 20 years after her death.