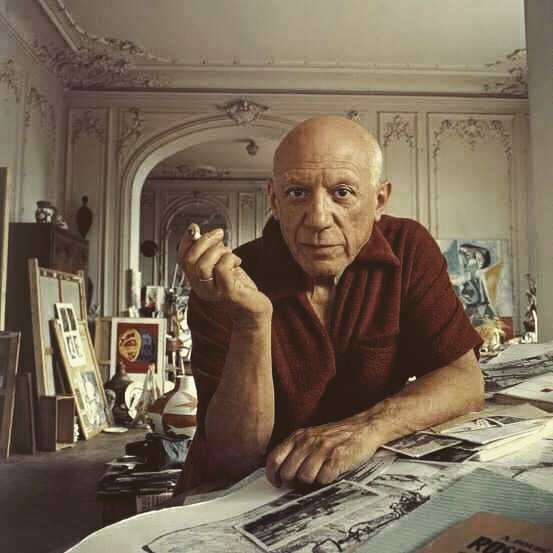 During his time, he was Spanish painter, sculptor, printmaker, ceramicist, stage designer, poet and playwright who spent most of his adult life in France.

Celebrating his 138th birthday today, we will tell a short summary of his life being the artist he was before, up until now.

Born in a poor family in southern Spain in 1881, started as a child prodigy and ended as the acknowledged greatest painter of his century. After some early training with his father, a provincial drawing teacher, Picasso showed that he had thoroughly grasped naturalistic conventions–the ways that artists make a picture look "realistic"–at a very young age. After some incomplete sessions of art school in Barcelona and Madrid, Picasso spent his adolescence associating with the group of Catalan modernists who gathered at Els Quatre Gats in Barcelona. From there he moved to Paris, where he quickly found like-minded poets and painters. His work began to attract serious critical attention and praise by the time he was twenty.

Picasso then continued his passion throughout his career and has achieved universal renown and immense fortune for his revolutionary artistic accomplishments.

As years go by, we will always remember Pablo Picasso through his works and contributions.