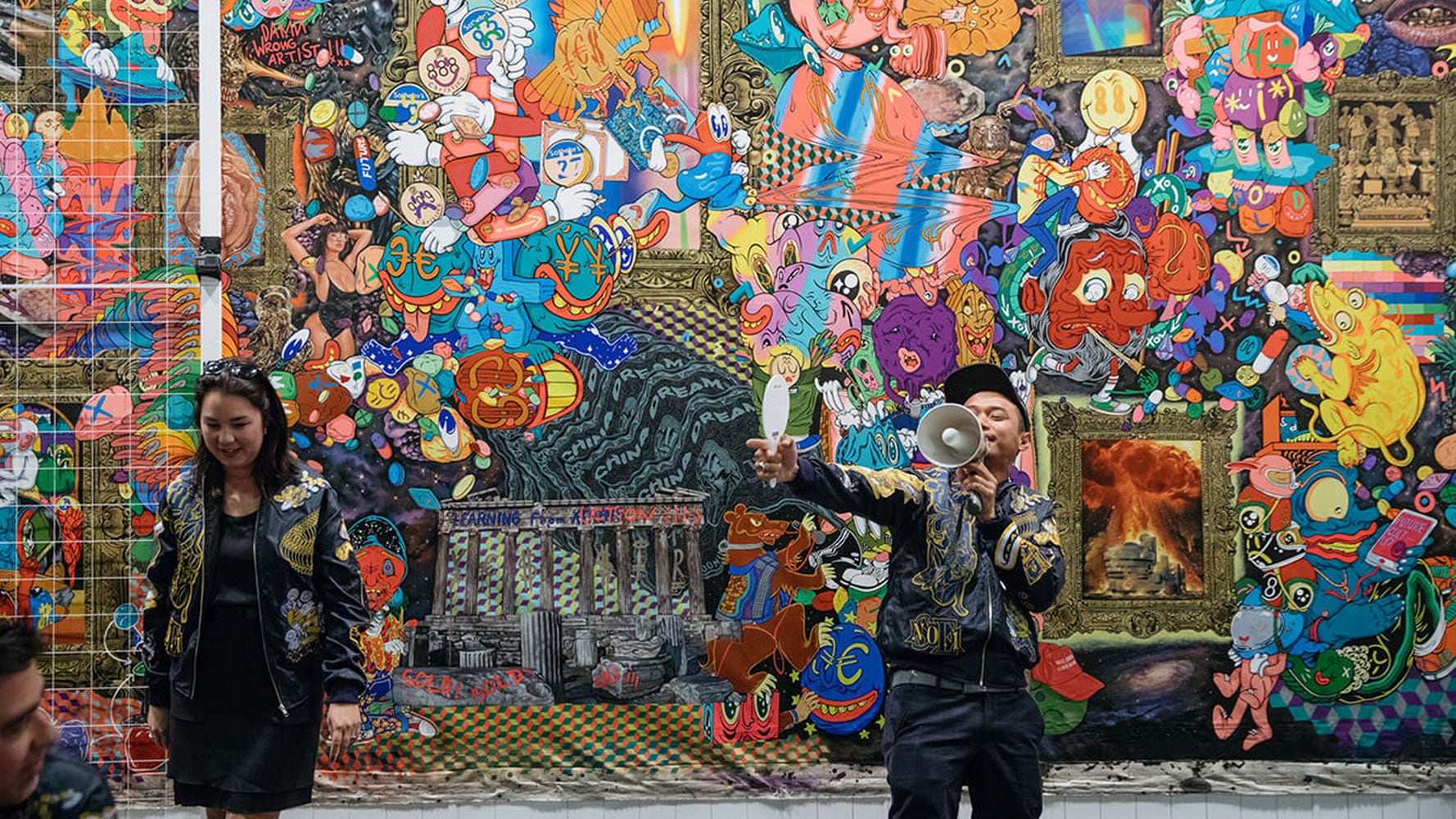 You'd think that Indonesian artist Uji ‘Hahan’ Handoko Eko Saputro was just another painter-cum-hypebeast, but behind Hahan's explosive cartoonish pop imagery is his true medium, the art market, and the money-oriented religion of art. Oftentimes, his works are both a critique and are complicit with the structures and mechanisms of the commercial art world. His themes include the success and rejection, the expanding global art world, and other driving forces behind art's trinity of the collector, the gallery, and the artist.

In his work "Silent Operation: Sign study based on the formula of contemporary (visual) art 2018–19," an installation of neon signs done in collaboration with fellow Indonesian artist Kusuma, Hahan turns his analysis of the art world into a game. The viewer navigates the signs for the right path to succeed as a contemporary artist, only to find that it’s a complicated balancing act of endless relationships.

In 2017's "Speculative Entertainment No. 1," Hahan effectively hacks the art market and makes the art fair his medium with a performance that involves dividing his large acrylic painting into 2,002 pieces and auctioning off each. Beginning with a master of ceremonies hyping up audience bids, assistants sliced into the painting and presented pieces on silver platters with certificates of authenticity to buyers. Hahan bypasses and satirizes the VIP exclusivity of big-time collectors, making his art affordable at the price of an art fair ticket, even encouraging buyers to participate in the secondary market.

In 2014-2015's "Young speculative wanderers," synthetic polymer paintings on canvas are held up by life-size polyester resin sculptures, figures based on myth. Hahan presents absurd and dream-like cartoons, the art market and the artist's journey as religious tableaus.

Hahan has participated in several group exhibitions in his own country and abroad. He has had solo shows in Indonesia, the Philippines, Singapore, Australia, and Germany. His art works are collected by several art museums.