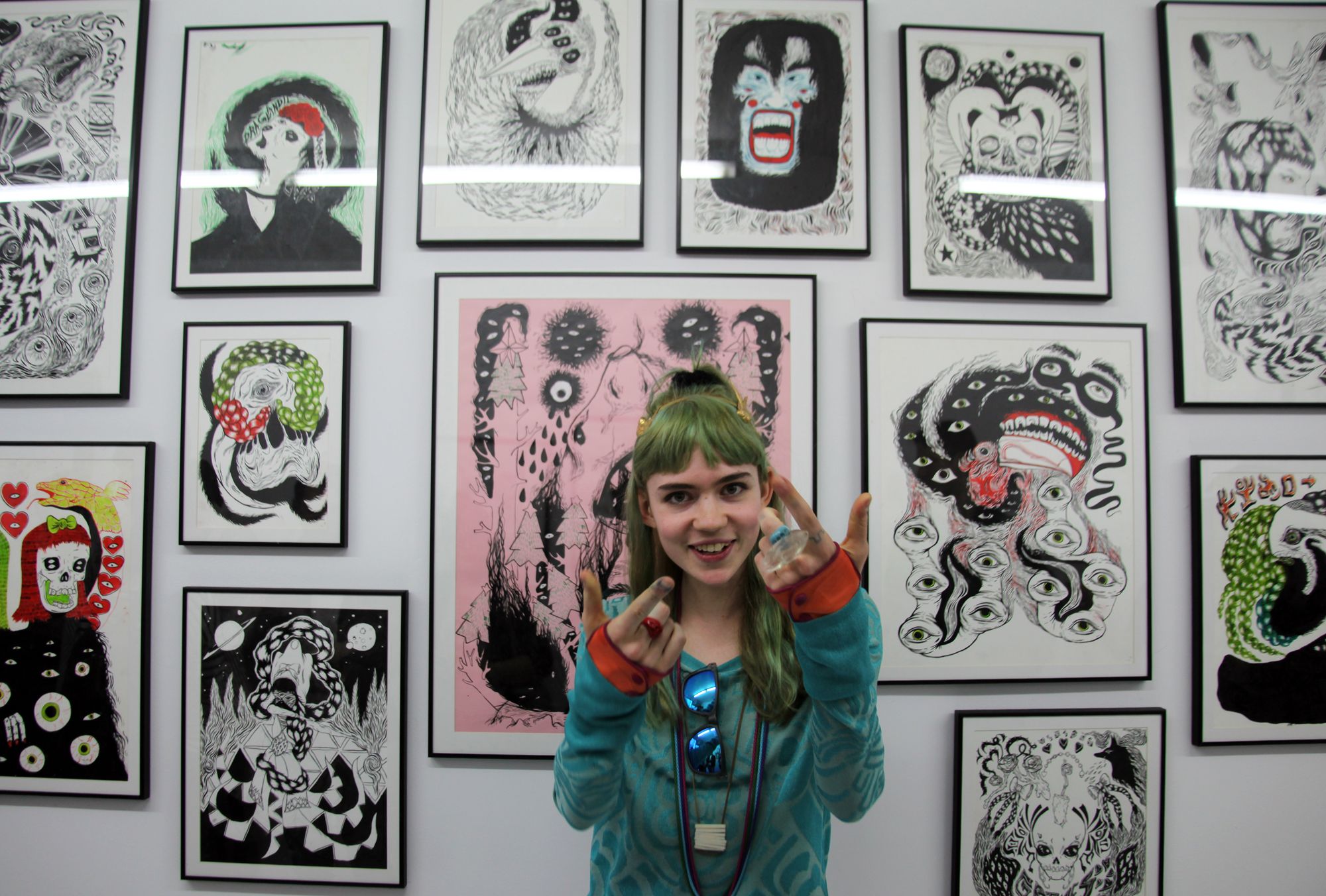 You probably know Grimes because of her music, and well, also because she’s the baby mama to a certain Elon Musk. But the dream-synth pop musician carries some serious art credentials too. In fact, she keeps strict control on her visuals, album art, and helming videos.

In 2015, Grimes released her critically-acclaimed album Art Angels in which she was the creator of the art of each track as well as the concept and art direction for their corresponding music videos. In her distinct, dizzying, and complex style, you’ll see that they are a continuation of her music. The connection is straightforward: edgy and anime-horror. “I made art ten or twelve years before I even touched a keyboard. I see myself as a visual artist first and foremost, and I’ve always felt strange that people know me for music”, Grimes says in an interview.

Her art is mainly influenced by Japanese anime and artists such as Charles Burns and Daniel Clowes. Her illustrations have appeared in gallery exhibits including at the Guggenheim Museum Bilbao. In May 2020, she debuted her first fine art show in simultaneous online exhibitions.

Grimes whose real name is Claire Boucher, is a Canadian musician, singer, songwriter, record producer, music video director, and visual artist. Throughout her career as a musician, she has released five studio albums, two extended plays, eleven singles, and four promotional singles. As a visual artist, she created the album art for all her albums. She also curated an event at the Audio Visual Arts (AVA) Gallery in New York City to raise awareness of violence against Aboriginal women in Canada.