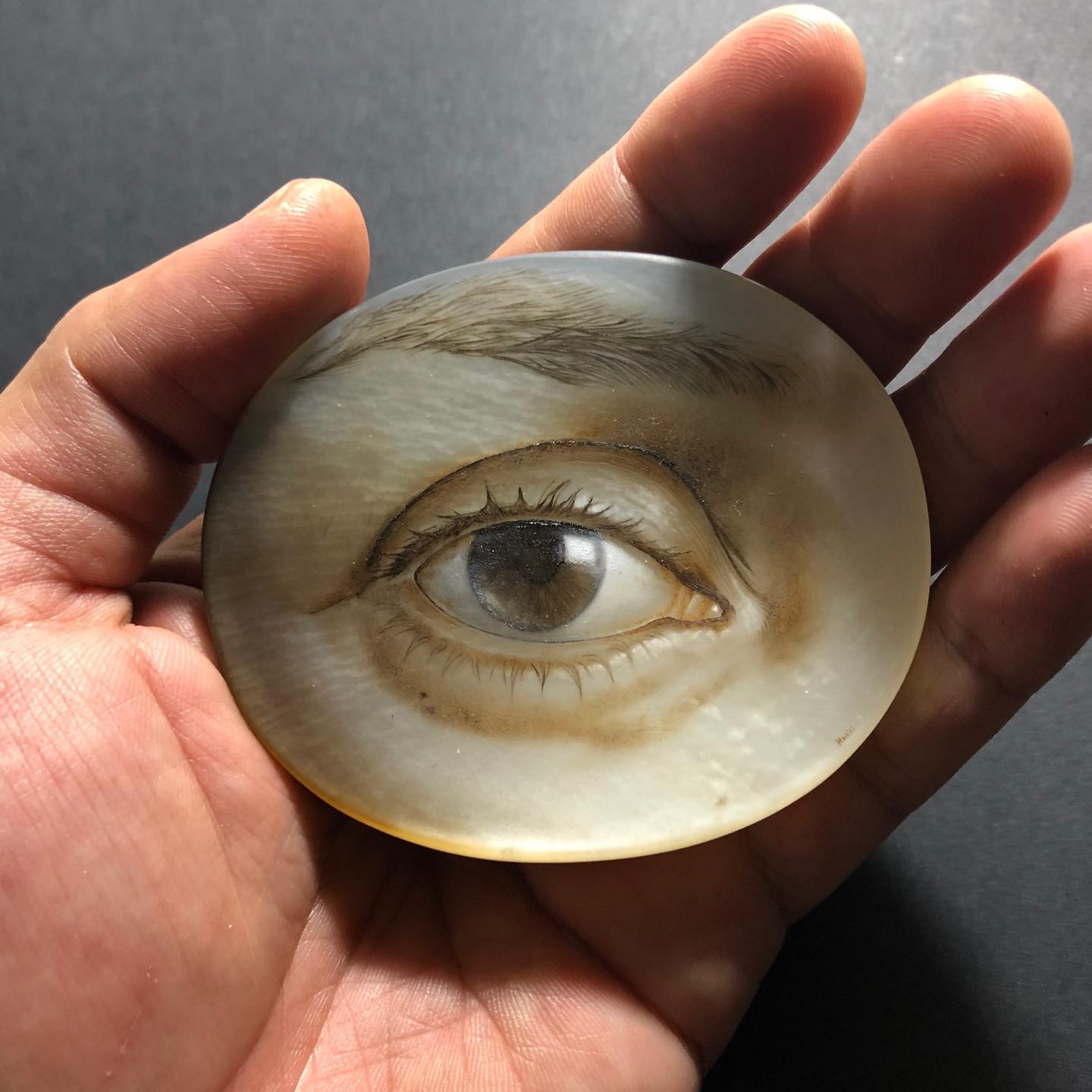 Artist Gregory Halili paints in miniature, crafting images on tiny surfaces, unlocking their potential as vessels of beauty and meaning. What started as small paintings of butterflies and people on the streets of New York city evolved to miniatures on vintage ivory, capiz, and mother of pearl, the latter two chosen as textures embedded with the tropical weather, soil, and the history of home. With delicate paintings on these materials, Halili often taps into feelings of nostalgia, whether for the Philippines or his subjects.

Painting insects and then saintly imagery indicative of the deeply Catholic side of the Philippines, Halili is most well-known for the eye as his subject, each one painted with the skill of a renaissance master. Rather than an indifferent act of copying, he has an intimate connection to each eye painting, detailing each one with a fine brush, while recalling details of the sitter's person and life. This loving space of painter, surface, and subject seems to be a recasting of the "Lover's Eye," an English painting tradition from the 17th century that Halili appropriately cites as a precursor.

Halili is also known for vivid oil paintings of skulls on lustrous mother of pearl, an extension of his eye miniatures. It's a fitting direction, given the memento mori nature of these token-like miniatures and how Halili has used them to allude to cycles of life and death. And more than immortalizing his sitters, one may recall the spiritual importance of the eye as an image, for instance, the funerary practice of painting eyes on stones to guide the soul in the afterlife.

When you look at a piece of shell, what do you see?

Gregory Halili is a Filipino contemporary artist. His work has appeared in numerous exhibitions and shows in the Philippines and in US, where he was once based. In 2016, he was one of the artists who presented in the Singapore Biennale.