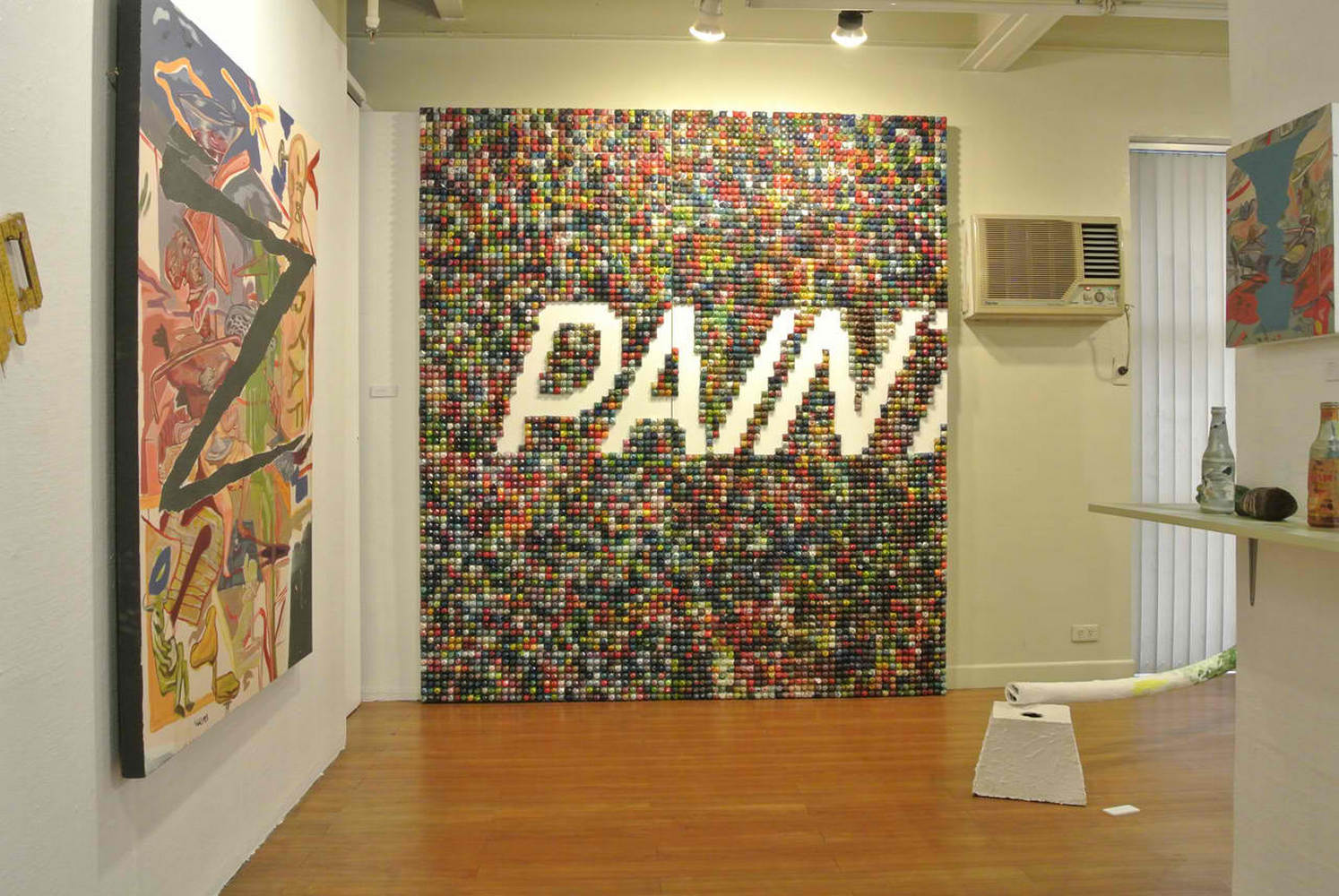 Filipino artist Gino Bueza's paintings have been compared to that of the Modernists at least in their appropriation of the look of the collage. In them as in collage, recognizable images are fragmented, sometimes distorted, and then merged into layered juxtapositions of color, pattern, and form. Many fragments recognizable to the viewer seem to be sourced from print or the Internet. However in an interview with fellow artist Lena Cobangbang regarding his process, Bueza shared that what appears to be gathered and manipulated images are actually from his imagination, a deliberate cropping and fragmenting of familiar forms as he draws them.

So adept at fragmenting and layering is Bueza that double meanings are a natural occurrence, another form of constructing from multitudes of pieces. Using art history and other cultural references, his visual tricks and wordplay are jokes at the expense of art. Artworks become simplified into an absurd self-awareness. This is apparent, for instance, in a large piece molded from ice cube trays and emblazoned with the word pain from a truncated version of paint. Consider also sculptural pieces painted to appear like bottles of beer and softdrinks, profane elements from the artist’s work space that expose the pretension of both studio and gallery as sacred. He does the same by precariously propping his paintings on stilts and rockers, making it difficult for viewers to assess his work conventionally.

Gino Bueza has had several solo shows and group shows in venues such as Blanc, Taksu Singapore, Finale Art File, West Gallery, and Art Informal. During his undergraduate studies, he became the grand prize winner of the 40th Shell Students’ Art Competition in 2007. In two years prior to that, he was a finalist. He was a finalist again in the 2010 Tanaw: Bangko Sentral ng Pilipinas Painting Competition.