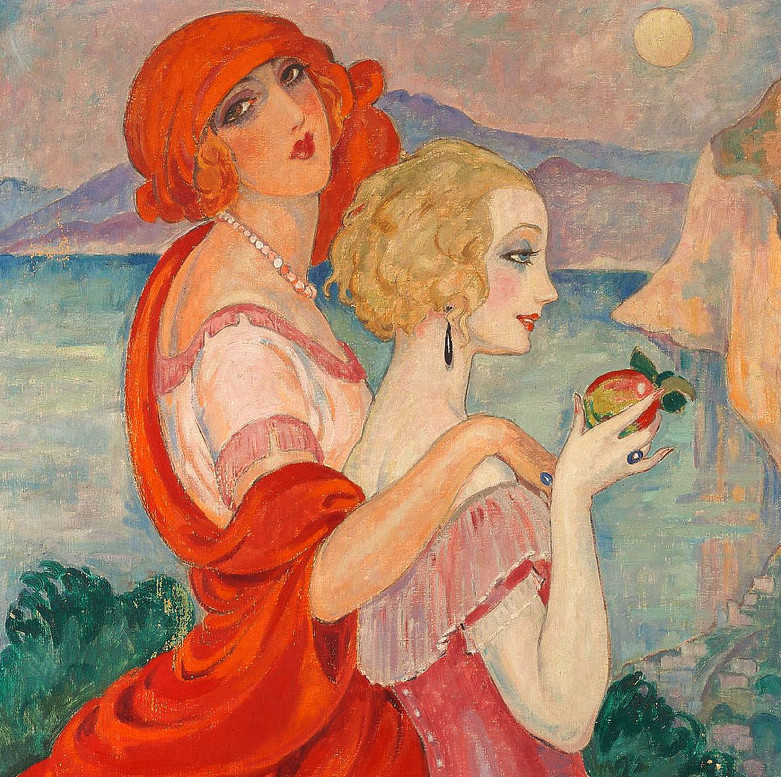 Gerda Wegener was a progressive Danish painter who became the most prominent exponent of art deco as she pioneered the bending of gender boundaries and revolutionized the way women are portrayed in art.

Wegener’s work is characterized by their frivolous and campy illustrations and subtle yet fashionable portraits of women. While her oeuvre is sensuous and tender in style, they can be compared with other champions of her time such as Jean Mammen or even Tamara de Lempicka. Wegener lived among artists, actors, and dancers in Denmark’s capital. She was inspired by the idea of performance and painted stylized, long-limbed made-up figures steeped in Art Deco aesthetics.

Gerda Wegener was born in Hammlev, Denmark in 1886. She loved art at an early age and began training. She later moved to Copenhagen to pursue her education at the Royal Danish Academy of Fine Arts. Her career as an artist began to thrive after graduating and made appearances in the Politiken newspaper where she was the center of a controversy after one of her works was rejected from the exhibitions of Den frie Udstilling and Charlottenborg due to concerns over plagiarism. She held her last exhibition in 1939 with works displaying a simpler Functionalism style. After Elbe’s death, she struggled to support herself and move back to Denmark. Wegener died in 1940 at the age of 54.