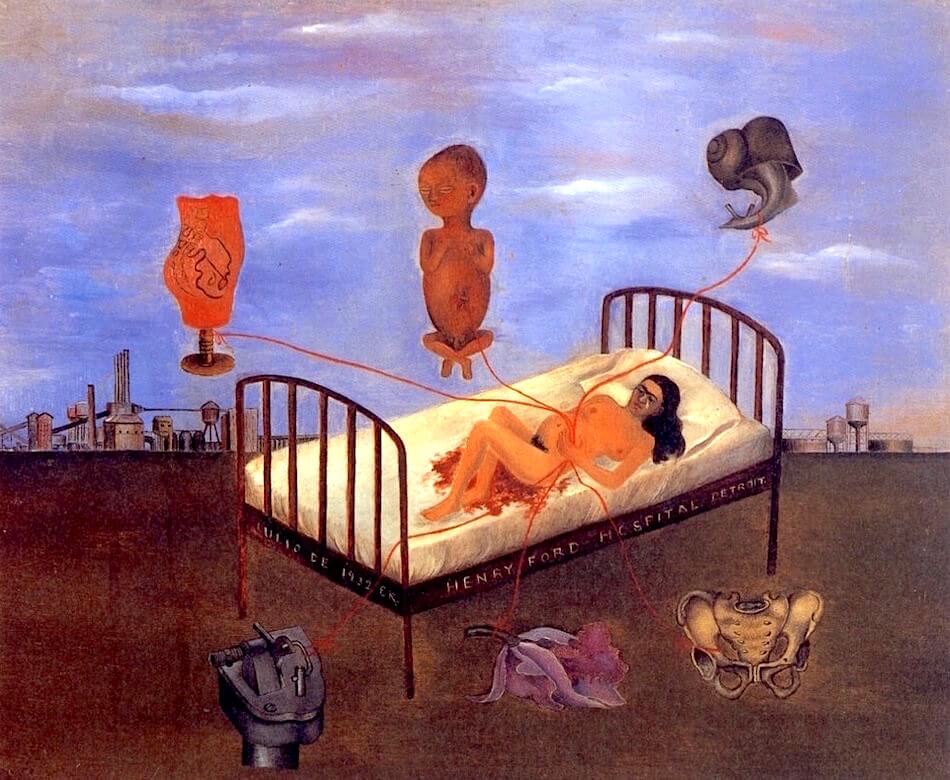 Suffering chronic pain and fatigue from a combination of spinal bifida, a polio-affected leg, and a near-fatal bus accident, Frida would often be confined to bed rest. Using a mirror above and a specially made easel, she made elaborate self-portraits, at times painted in full skirts to hide her stricken leg.

Kahlo said of confinement, "I paint myself because I am so often alone and I am the subject that I know best." Reflecting on one of those times, she said that the accident and the isolating recovery period made her want to paint things "just as I saw them with my own eyes and nothing more."

She had a total of 32 surgeries, some of which were disasters, and on top of that had mutliple miscarriages. In 1932, she was confined to the Henry Ford Hospial for two weeks after another miscarriage and severe hemorrhaging. Her painting, Henry Ford Hospital, finds Frida bleeding on an enormous bed with the title written on its sides. She is surrounded by objects that include a fetus and a pelvic bone, the region of her body that had been impaled in her bus accident.