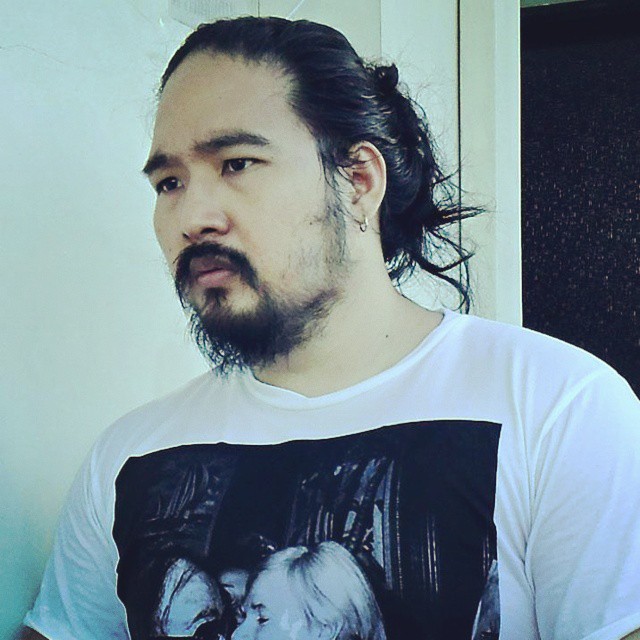 Music always tends to crack bricks in the soul—it’s a wrecking ball meant to smash a memory, or maybe a cold heart, to bring in some light and comfort. For Filipino contemporary artist Erick Encinares, music has always been his main vehicle for expression. But over the years, he has also produced striking artworks including paper collages, prints, t-shirts, etc. as he delved into experimenting with different mediums and surfaces. Encinares’ interest in music and pop culture consistently intertwines with his love for art, especially the art of screen printing. This fascination with music would eventually become the nucleus for much if not all of his artwork.

Encinares’ method of screen printing production takes a step forward not just by experimenting with different hues but by embracing collage techniques and various print combinations. He also knows that it takes a full understanding of the artistic application of printing and a pocketful of witticisms to pull off an image that would make one chuckle. His themes, vastly on iconic musicians and pop culture figures, are executed in a Warhol-esque photographic silkscreen style. With three solo shows and various group shows under his belt, Encinares continues to be a constant presence in art spaces and creative communities while championing the culture of music and the arts, collecting memorabilia, and fostering his screen printing outfit Primal Screen along with artists Manuel Ocampo, Gerry Tan, Tracie Anglo-Dizon, and Maria Cruz.

Erick Encinares is a Filipino contemporary artist known for his music and screen print work. He pays tribute to music through his art often done in screen prints, collages, textile, fiber, among others. He is also involved in art-house rock band The Sleepyheads and the independent art space Future Prospects. Encinares has had shows across notable galleries in Metro Manila including West Gallery and actively runs Primal Screen, a Manila-based print studio.