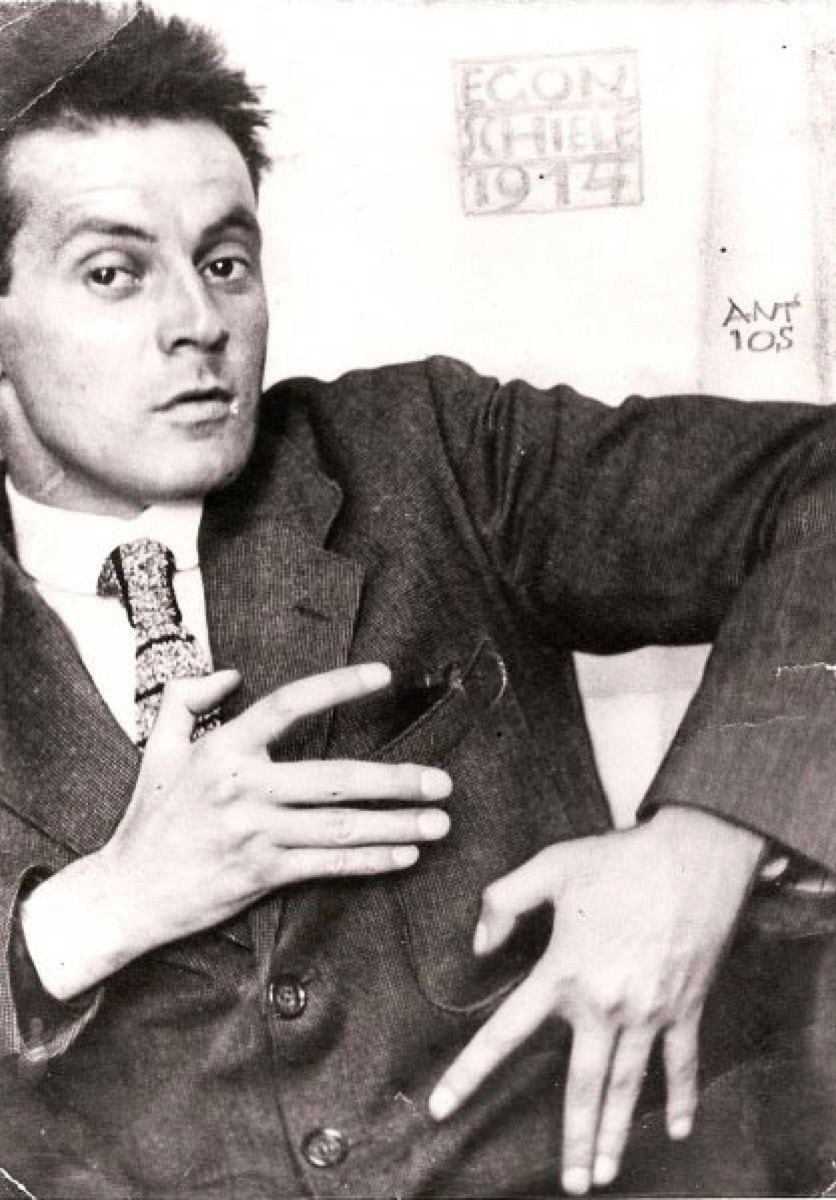 In the fall of 1918, Europe was wiped out by the Spanish flu pandemic. It claimed over 20 million lives, including the lives of Austrian figurative painter Egon Schiele and his wife. Egon Schiele, born in 1890, was a great innovator of contemporary figure painting. Throughout his childhood, Schiele was seen as an outsider who always seemed to be lost inside himself. He grew up around the railway and locomotives which made him a train geek. He would spend many hours drawing them. His early interest in sketching and drawing trains would later on fully develop into a very particular style now used by many others.

Schiele’s art is strikingly raw and direct. Whether they represented himself or others, his subjects are often nude with their bodies portrayed in various contorted poses. These bodies of landscapes evoked Gustav Klimt’s folkloric tone and flattened compositional space revealing the psychological state of his subjects rather than their physical traits. Schiele’s unique approach resulted in a deep well of subversive artworks that exposed his sitters, including himself, as angsty, emaciated, androgynous, and sexually experimental characters. However, these images go far beyond conventional eroticism as the subjects remind the viewer that we are all mortal, desperate, and starved for some form of love. Schiele was prolific, having executed over 3,000 drawings and 300 paintings, but his artistic career ended tragically when he caught the Spanish flu, dying at only 28 years old.