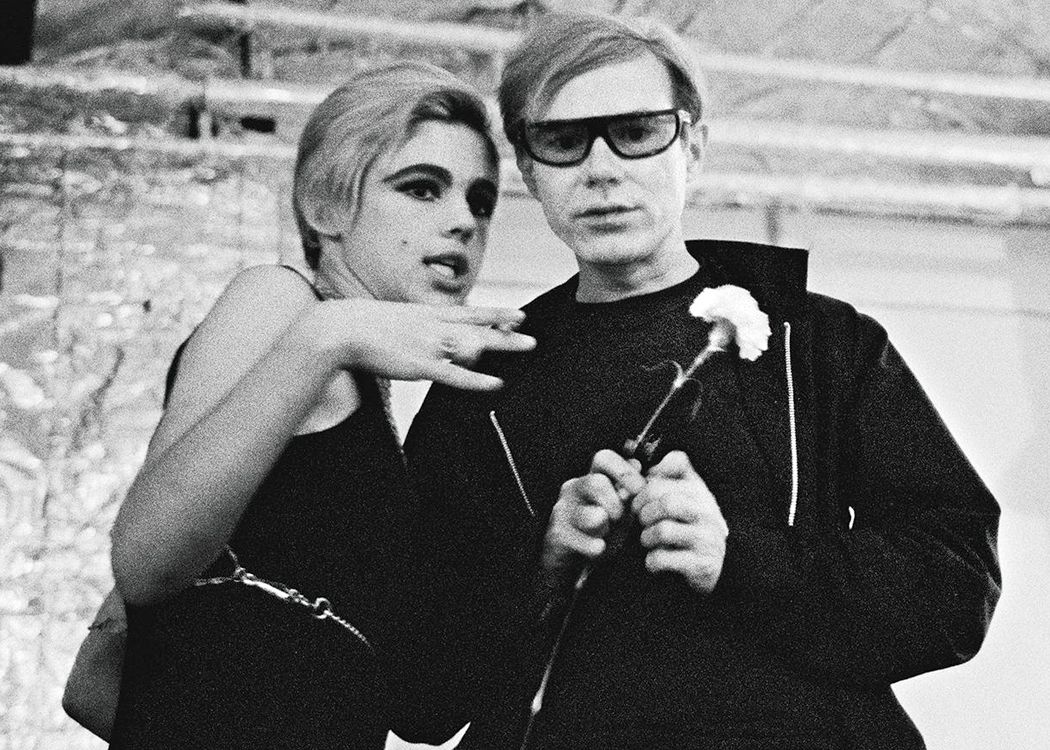 For Andy Warhol, it was more like self-love requited. Edie Sedgwick was his white hot femme fetale. The two were opposites: she was the beauty to his beast, the princess to his pauper, and the exhibitionist to his voyeur. While their relationship wasn’t necessarily an amorous one, it was one of the great romances of the 1960s. They were considered Pop art’s golden couple (yup, even if silver was their signature color). They were Romeo and Juliet with kink —radically, diametrically, almost violently opposed but with a robust attraction that would empower Warhol’s narcissism and Sedgwick’s manic pixie dream girl becomingness. With Sedgwick by his side, he found the courage to put it all on the line, switching from a medium he’d mastered to one he had yet to prove himself in. It was a moment of joy and hope, openness and optimism.

During their heyday, the art scene was dominated by the Abstract Expressionists, a hard-drinking, hard-living bunch, and highly serious for whom the act of creation was more agony than ecstasy. Enter Warhol, the sensitive misfit, and with his art that was then deemed artless, non-art, un-art; essentially crayon drawings of Dick Tracy and Popeye and illustrations for advertisements for nose jobs and corn removers. The Ab-Exers wanted nothing to do with him. And then he met Sedgwick in 1965 who went on to become his leading lady in roughly 10 movies. They met at a birthday party for playwright and screenwriter Tennessee Williams. When Warhol saw Sedgwick (leg in a cast), he was like a cartoon character who’d had a safe dropped on him, little stars and tweeting birds dancing around his head. Warhol sucked his breath and said “Oh, she’s so bee-yoo-ti-ful”, making every single letter sound like a whole syllable. They were instantly drawn to each other and Sedgwick dyed her hair silver to match Warhol’s iconic look. Everyone in the pop art subculture scene came to know Edie Sedgwick’s name and was consequently labeled Vanity Fair’s Girl of the Year of 1965.

Their turbulent relationship wouldn't, however, last forever. Sedgwick lost faith in what she and Warhol were doing and her head started to turn to another guy: Bob Dylan. By then, she was no longer appearing in Warhol’s films and found herself estranged from him and his inner circle. In the final movie film they would do together, Lupe, Warhol allegedly gave the writer a sole chilling direction “I want something where Edie commits suicide in the end”. A telling sign of their decaying relationship.

After the split, Sedgwick didn’t fare well. Drugs became a bigger problem and there were more trips to mental institutions. Warhol’s day of reckoning arrived soon enough as well when he was shot in 1968 by a fringe Factory member, Valerie Solanas. Although he survived and lived another 20 years, never again would his work be so daring, ambitious, and wondrous. Sedgwick and Warhol’s deaths would become a cautionary tale for star-crossed lovers and ill-fated duos.