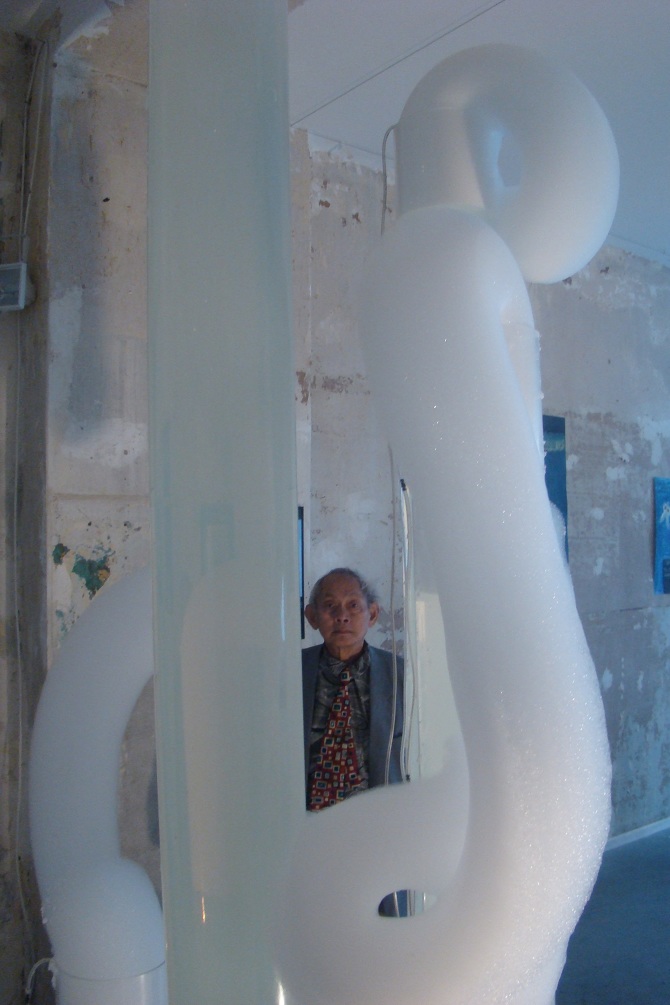 Yesterday, the Philippines and the world lost a great artist whose inventive and polymorphic artistic practice stemmed primarily from an equally bright and colorful life. Despite a practice defying every classification, David Medalla was considered a pioneer of kinetic, earth, performance, and conceptual art. He was a key figure of the 1960s and 1970s avant-garde but one for whom poetry, paintings, and graphic work remained a constant throughout a life-long multifarious production.

Born in Manila in 1942, he was admitted to Columbia University at the age of 14 to become a poet, a celebrated professor, and a self-taught artist who connected with the greatest writers and thinkers of the twentieth century. Marcel Duchamp was an admirer and whose 1960s artwork, “Medallic Sculpture” was tribute to Medalla and the art he is most well-known for, the bubble machines.

Using simple machines to emit soap bubbles and deemed by Medalla as auto-creative art, his “Cloud Canyons” bubble machines of the 1960s were considered kinetic art, but one meant to embody the motion of clouds and whose structures were in an organic flux of forming and reforming. For Medalla, the idea grew out of very personal experiences and was inspired by the dynamics of nature.

Medalla described his work as ‘atomic’ or having atomic beginnings. They start with the most basic of elements to build connections between individuals and communities and grow to monumental proportions. Aside from his bubble machines, his ‘participatory work’ which encouraged audience interaction called “A Stitch in Time” is the best example. A Stitch In Time has had many versions since its first iteration in 1967. Different configurations of Medalla’s concept have been shown in different international venues since, including Documenta 5, The Studio Museum in Harlem, MOCA Los Angeles, the Johannesburg Biennale, the Liverpool Biennial, and the Venice Biennale among others.

Medalla’s works can also be seen in the permanent collections of the National Museum of the Philippines, the Ateneo Art Gallery, the Auckland Art Gallery, Inhotim of Brumadinho, the Museum Nacional Centro de Arte Reina Sofia of Madrid, and the Tate Modern.