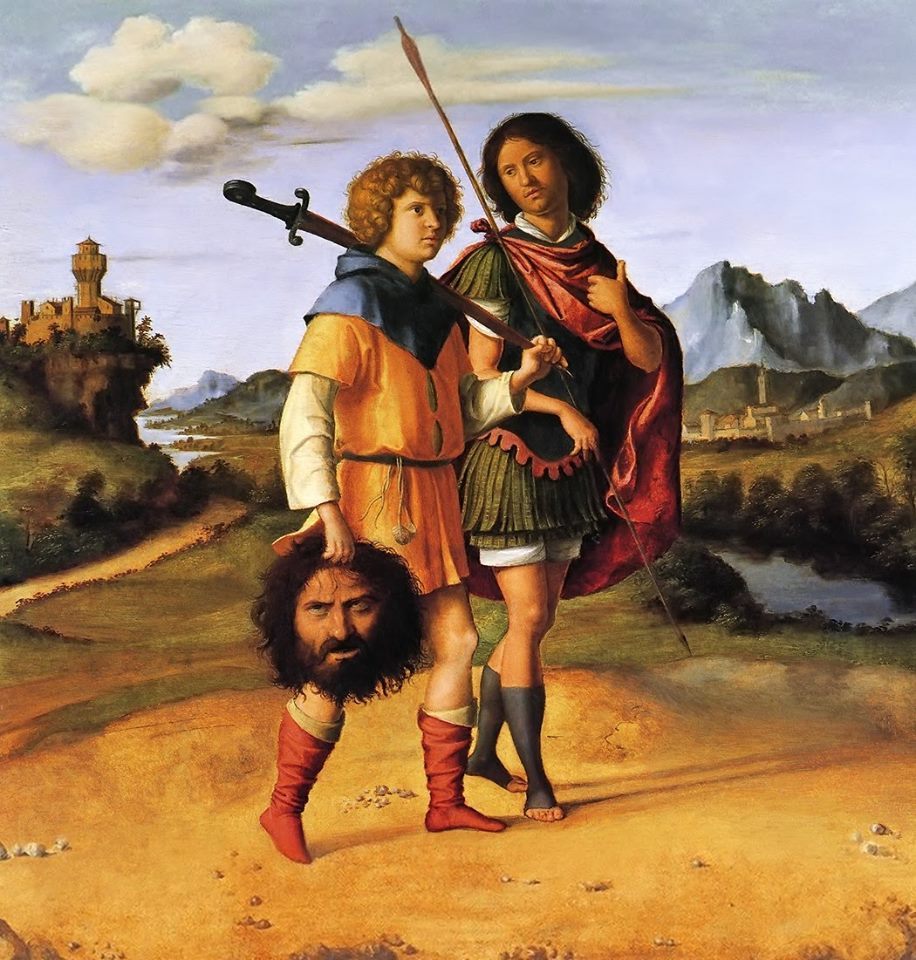 The Italian painter Gianbattista Cima da Conegliano tried to express the friendship between the two youths David and Jonathan.

Cima’s ‘David and Jonathan’ is a graceful, poetic picture of two young boys walking leisurely and calmly in the Veneto countryside.

Cima was a painter of the Veneto born around 1460 in the village of Conegliano, hence his name. He remained there until around 1484, and then worked in Vicenza. In 1492 he moved to Venice. He painted many pictures in bright colours and he had a good sense of harmonious and balanced compositions. He had a keen idea of landscapes. In 1516 Cima returned to Conegliano, where he died around 1517 or 1518. He may have been formed in Vicenza in the workshop of Bartolomeo Montagna and influences ascribed to him may have been by the main Venetian masters like Alvise Vivarini, Antonella da Messina, Giovanni Bellini, Giorgio da Castelfranco called Giorgione and Vittore Carpaccio – in other terms, all painters from which he had seen pictures. Cima painted in an effortless way, absorbing images and styles of the others without imprinting his own force of style on the period. He was a good professional and delivered simple paintings with the charm and delicacy that Venice appreciated. His pictures were clear, luminous, in nice, harmonious and rather pure hues, uncomplicated in composition and could be understood rapidly. What Cima lacked in power, he added in picturesque. Cima was very likable and quite esteemed in Venice. His ‘David and Jonathan’ is such a picture.