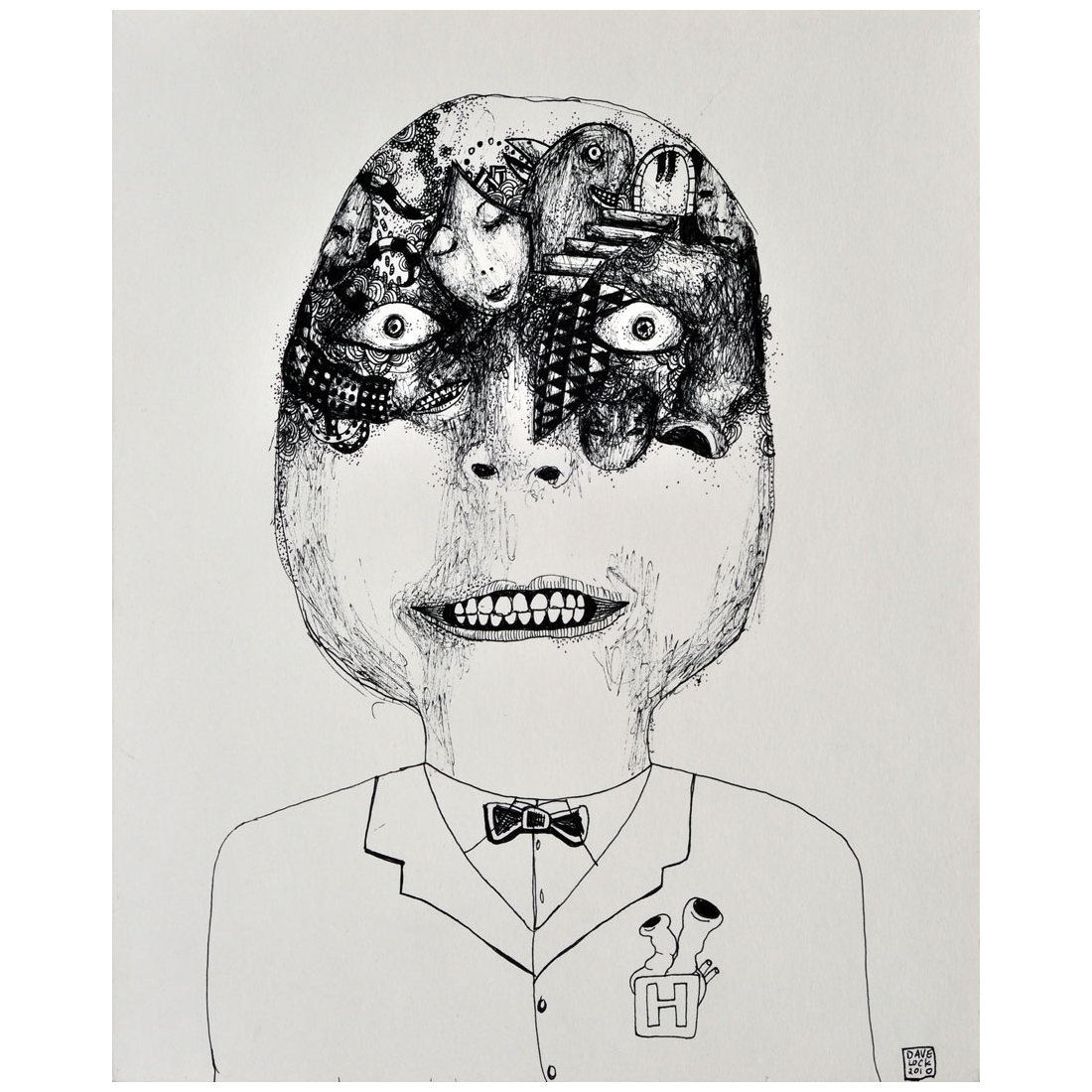 Filipino contemporary artist Dave Lock’s earlier figurative paintings have been called emotionally masticated images, nightmare infested creatures, extreme terminations of beauty -- descriptions that imagine his work as draining signs of death and fear. One can’t ignore the disembodied teeth, hollow eyes, and unnatural grey skin that suggest phobias and lifelessness. In the tradition of Francis Bacon paintings, they are visions of traumatized bodies that refer to an irrational side of modernity, of dystopias and of self-destruction.

Deformities and painterly effacements are a violent layer upon the image, upon the human face or what he calls, “the grand container of all truths.” The face is turned into a paranoiac phantom laden with multiple images and multiple faces, a container of automatic drawings and expressionistic destruction. But it is in this aspect of his paintings that one can strongly identify Lock’s playfulness, even as he misdirects the viewer with heady explanations for his imagery as philosophical/existential falls from beauty, truth, and grace.

This playfulness can be found throughout and can be likened to images of punk rock, campy horror, expletive graffiti, cartoonish nightmares, underground comics, and surrealist frottage technique. In his current paintings, one sees greater order to this playfulness - a singular focus to establish the integrity of the figure, not its destruction. One sees his brush markings, squiggles, and scratches in color working together to create masses of hair, paint, and melting animalistic heads. They burst clearly from the ground from which they are drawn and painted, like prints. And they are not so much images of death and fear, but of untamed primal urges, another response to clean and progressive Modernist rationalism.

Dave Lock has been exhibiting since the early 2000s. His first solo exhibition was “The Death of God is the End of Meaning” at West Gallery in 2011. He has had several since then in the top galleries of Metro Manila, such as Blanc and West Gallery. His latest solo show as “Hope is as Hollow as Fear” at Eskinita Gallery in 2021.