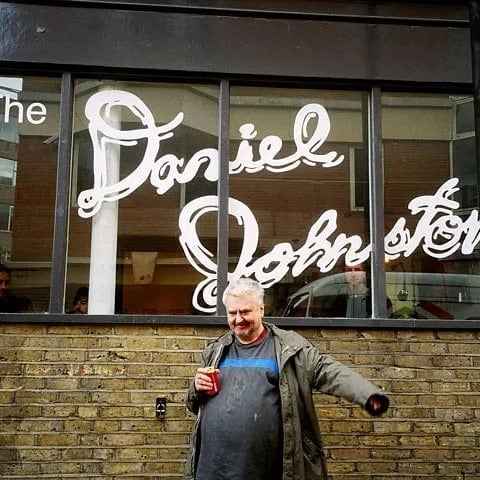 He's been called one of America's most gifted outsider voices. Primarily hailed as an influential American singer-songwriter, the late Daniel Johnston was a also a visual artist. His tenacious production in drawing intertwined with writing haunting songs. This however was marked by struggles with bipolar disorder. It's impossible to think of his creative life without the unique imagery he created.

Lauded for his musical legacy by the likes of Kurt Cobain, Beck, Lana Del Rey, Sonic Youth, and Tom Waits, Johnston has also exhibited his illustrations around the world.

"True Love will find you in the end."