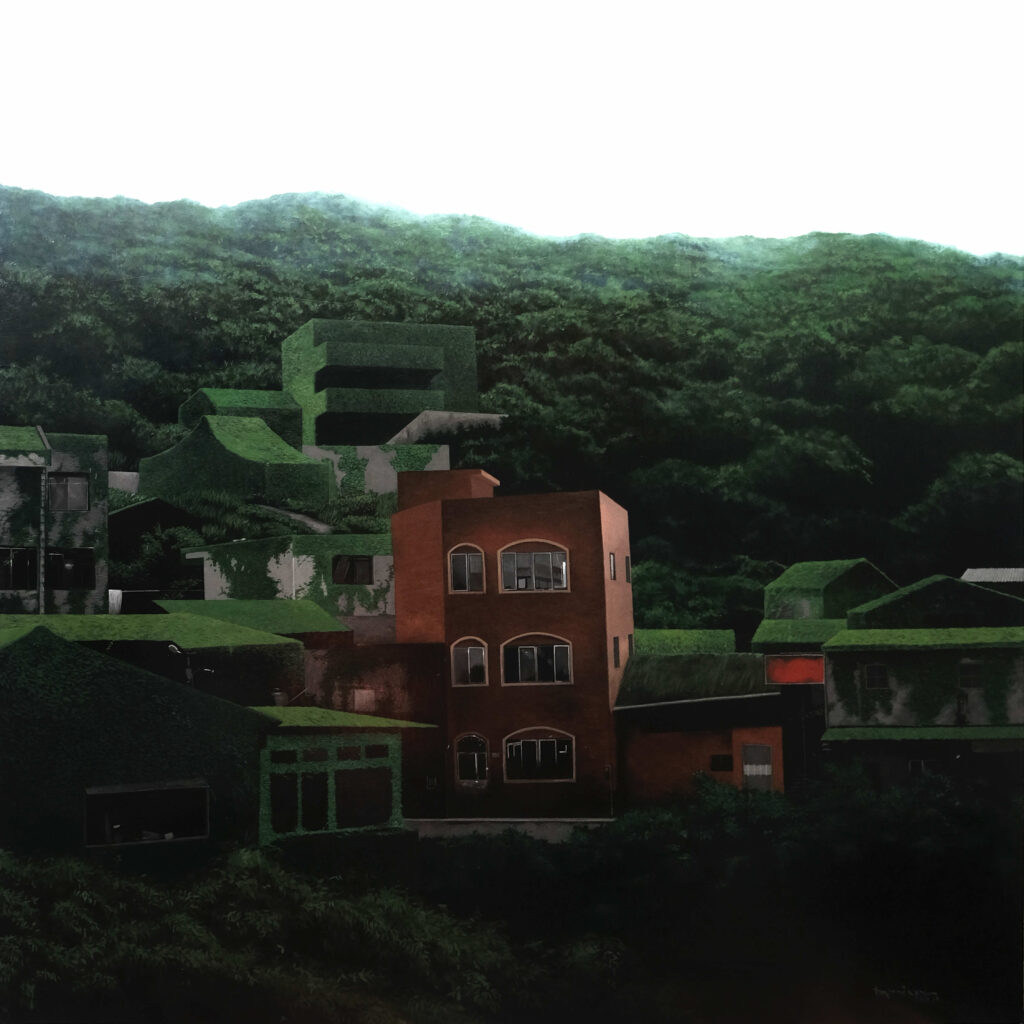 Allegories are a means of presenting realities. Filipino painter Dale Erispe presents a pictorial language that consists many times of monolithic monochromatic buildings merging with the greenery of nature. Typically, they have been read or put forth as allegories of the conflict between humanity and nature. They can also be read as science fiction-like allegories of the city and of architecture. Rendered with meticulous attention, their formal compositions harken to colorfields, Neo Geo, and Minimalist blocks. Their greenery that covers most surfaces doesn't look entirely natural, but appears as finely manicured topiary-cum-buildings.

Huge greyish residential/office high-rise blocks, generic, anonymous, and imposing, rise and meld with abundant plant-life. At times, these concrete-forest amalgamations seem to stretch to the horizon, as if to cover the entire globe. Erispe presents the city, its man-made structures, as a powerful herding force. Inside they hide microcosms, self-sustaining communities.

On the one hand, these grey blocks dotted with panes of glass seem to be benevolent, rising from and above nature. And on the other, they enclose people within and section them off behind silent humanless facades. One imagines them as structures that direct the flow of life, the stream of traffic, into many identical housing units for uniformed noids. Impenetrable, they confine and protect from an invisible or imagined (state) enemy.

To the viewer, these modern poleis may appear like simulations. Erispe arranges them like many building blocks for endless configurations to organize the canvas’ surface and where imagined simulated human activities can flow into predictable patterns. Meanwhile, details like utility wires and silhouettes are tweaked for compositional elements, for emphasis, for abstraction.

Dale Erispe is a Filipino contemporary artist known for his imagined urban-scapes. To date, he has had several solo and group exhibitions.