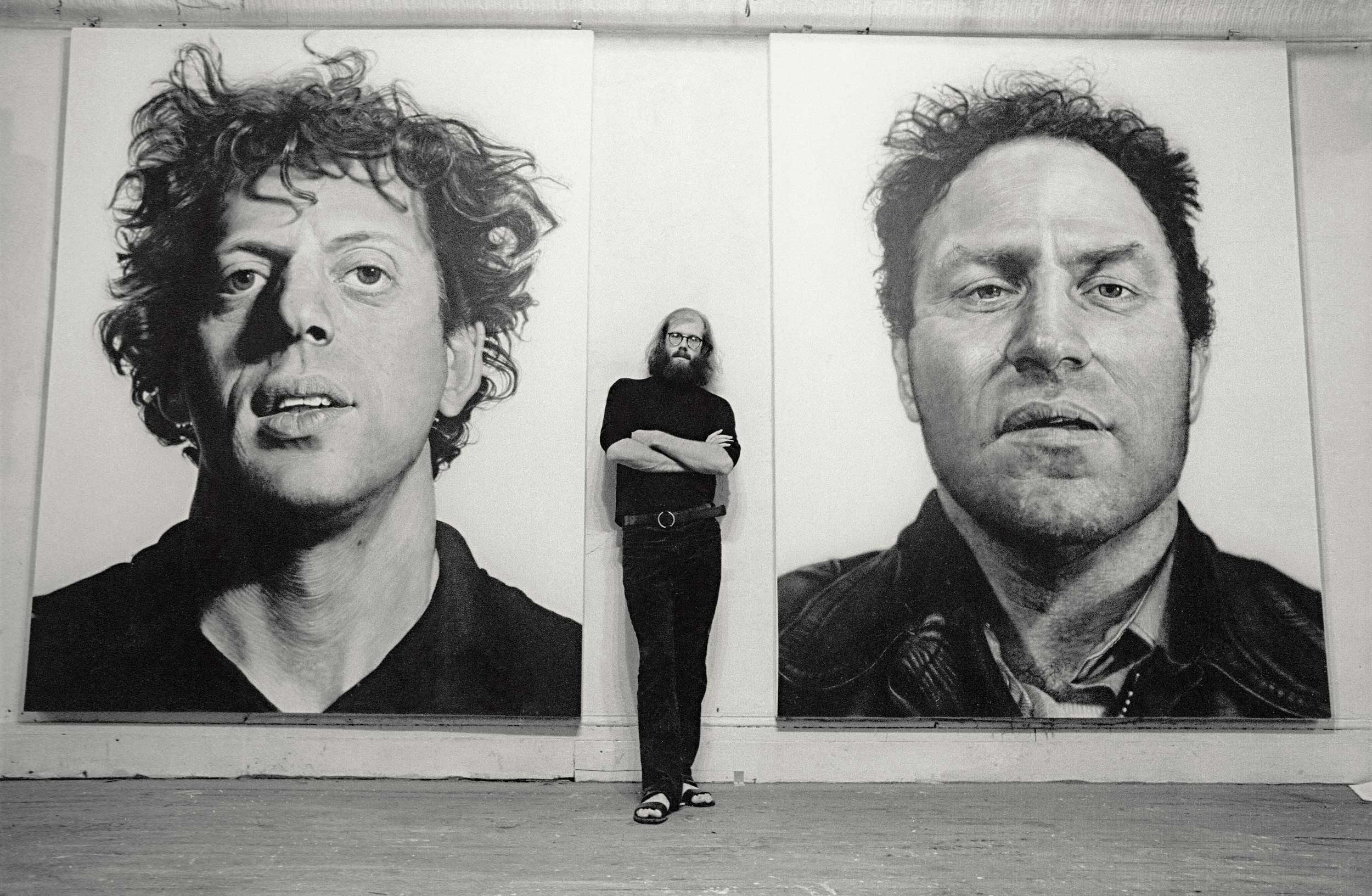 Chuck Close is an American artist credited with reinvigorating the art of portraiture from the late 1960s to the present. While photography was gaining ground as an artistic medium and challenging the place of painting, Chuck Close was painting monumental scale portraits that captured the glossy, mirror-like "look" of the photograph, qualities emblematic of the 1970s Photorealist or Super-Realist movement. He burst into the scene with massive portraits painted on 9 foot tall canvases, so factually rendered that every pore and imperfection was magnified to unexpected and unnatural proportions.

His 1969 self-portrait, his first, would embody many of the issues he would continue to explore decades on. Close moved beyond Photorealism’s hyperattentive rendering of subjects and gravitated to more analytical portrait painting based on the grid and photography’s underlying processes. As such, even as he easily shifts from one medium to another, working with oil and acrylic painting, airbrush, photography, mezzotint printing, and others, tools or materials were secondary to the underlying concepts and issues central to his work since the 60s. And because of this, he has remained contemporary.

Ironically, Close has prosopagnosia or face blindness, a neurological disorder characterized by an inability to recognize faces. And it’s why Close often says that he is painting heads, not portraits, adding that he makes these portraits as a way of putting the visage of people he cares about into his brain. And it’s been said that his complicated painting methods reflect his own daily reckoning with his struggles with dyslexia and partial paralysis.

This is some of the advice he has for himself and for us.

"Never let anyone define what you are capable of by using parameters that don't apply to you."

"Inspiration is for amateurs. The rest of us just show up and get to work. Every great idea I've ever had grew out of work itself. Sign on to a process and see where it takes you. You don't have to invent the wheel everyday. Today, you'll do what you did yesterday. Tomorrow, you'll do what you did today. Eventually you'll get somewhere."

"If you're overwhelmed by a problem, break it down into many bite-sized pieces."