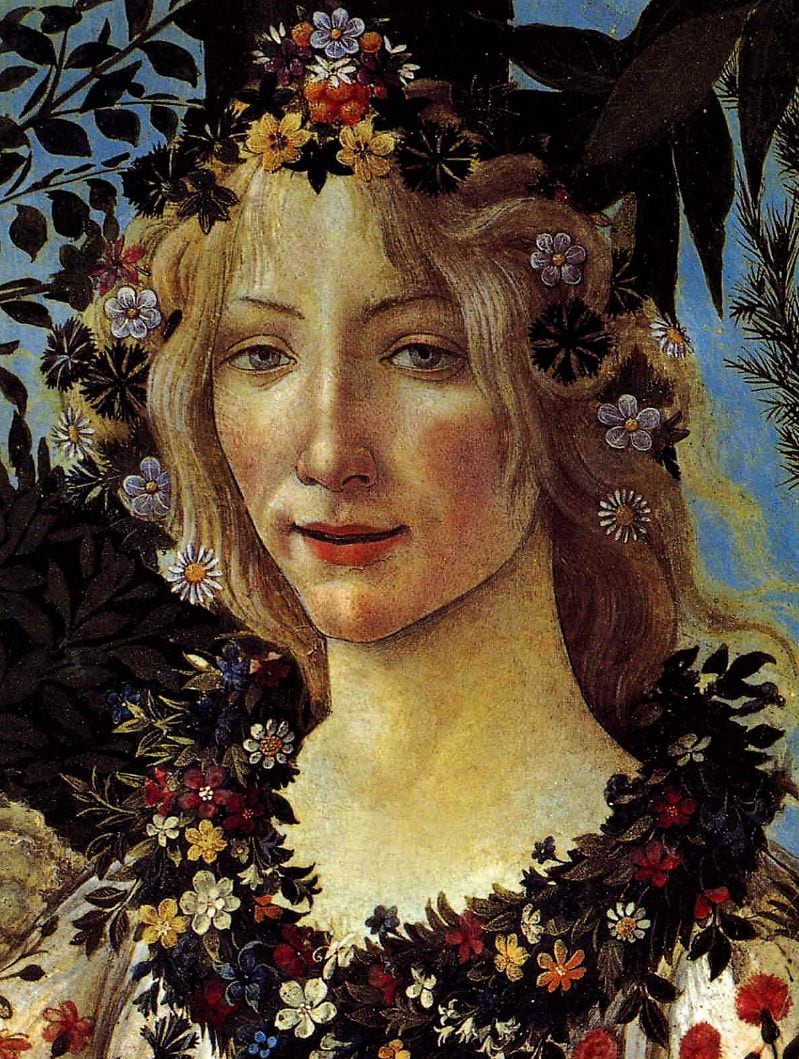 La Primavera, painted in 1482, is one of Botticelli's most known works. Now housed in the Uffizi, the large panel painting done in tempera was purportedly a wedding gift to Lorenzo de Medici. It is "one of the most written about, and most controversial paintings in the world" and was for many years accepted as a partner piece to Botticelli's The Birth of Venus.

Its figures form a mythological allegory, the sinister story of how the nymph Chloris transformed into the goddess Flora. There are 500 identified plant species in Botticelli's Primavera. In 1984, 200 flowers were identified. Could you name them all? With so many, what would this imaginary scene smell like if it were real?