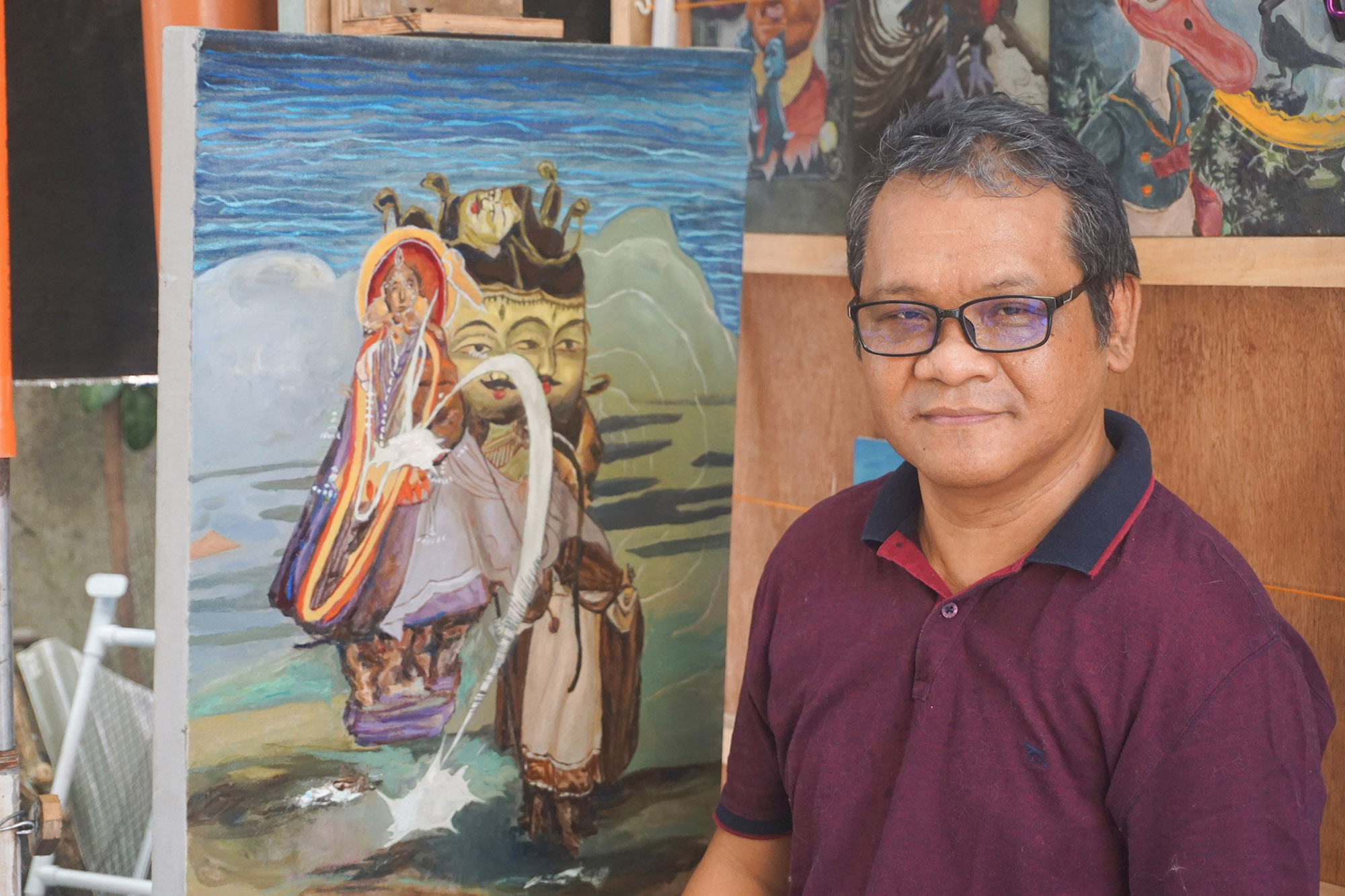 “It was a long time ago, I had totally forgotten about it”, says Filipino contemporary artist Bong Segovia about his solo show titled “Maps” at West Gallery many years ago. Between the time Segovia graduated Fine Arts from The University of the Philippines Diliman and today, he got a day job, raised a family, but never stopped painting. Combining original and appropriated imagery, Segovia creates recognizable images from pop culture including history, literature, film, music, politics, and inside jokes. He often embraces widely different moods, forms, and sources within a single canvas, allowing the viewer to inspect the psychological associative interpretations of his compositions. With his experience in graphic and web design over the years, he was able to acquire his own non-linear approach to his visual narratives.

Segovia’s body of work reveals sophisticated pastiches that are deadpan commentaries on contemporary life with references to pop culture. Using the notion of humor, the absurd, the unexpected, and even the irrational, his art serves as an accidental trigger rather than a slated one. Perhaps this could also be credited to his training under his late professor Roberto Chabet who he considers an influential figure to a lot of students in his day as students were taught how to look and think. Over the years, his interest had shifted from conceptual art to painting, cross-referencing complex abstractions and human figures which include inspirations from Mexican paintings and art forms. Segovia’s recent works revolve around the relevance of memes to the current times.

Bong Segovia is a Davao-based Filipino contemporary artist who graduated from The University of the Philippines Diliman with a degree in Fine Arts. He had solo shows titled “Maps” at West Gallery, and “Unbound” ‘89 reunion show and has participated in groups shows including “Unglued” with Nilo Ilarde, Gerry Tan, and Roberto Chabet among others. Segovia is a recipient of NU 107’s Best Album Cover in 1996 for his work on Yano’s album cover “Bawal” and “Tara” in 2006. Segovia cites David Salle, Pierre Bonnard, John Baldessari, Gustave Courbet, and Édouard Manet as his major influences.