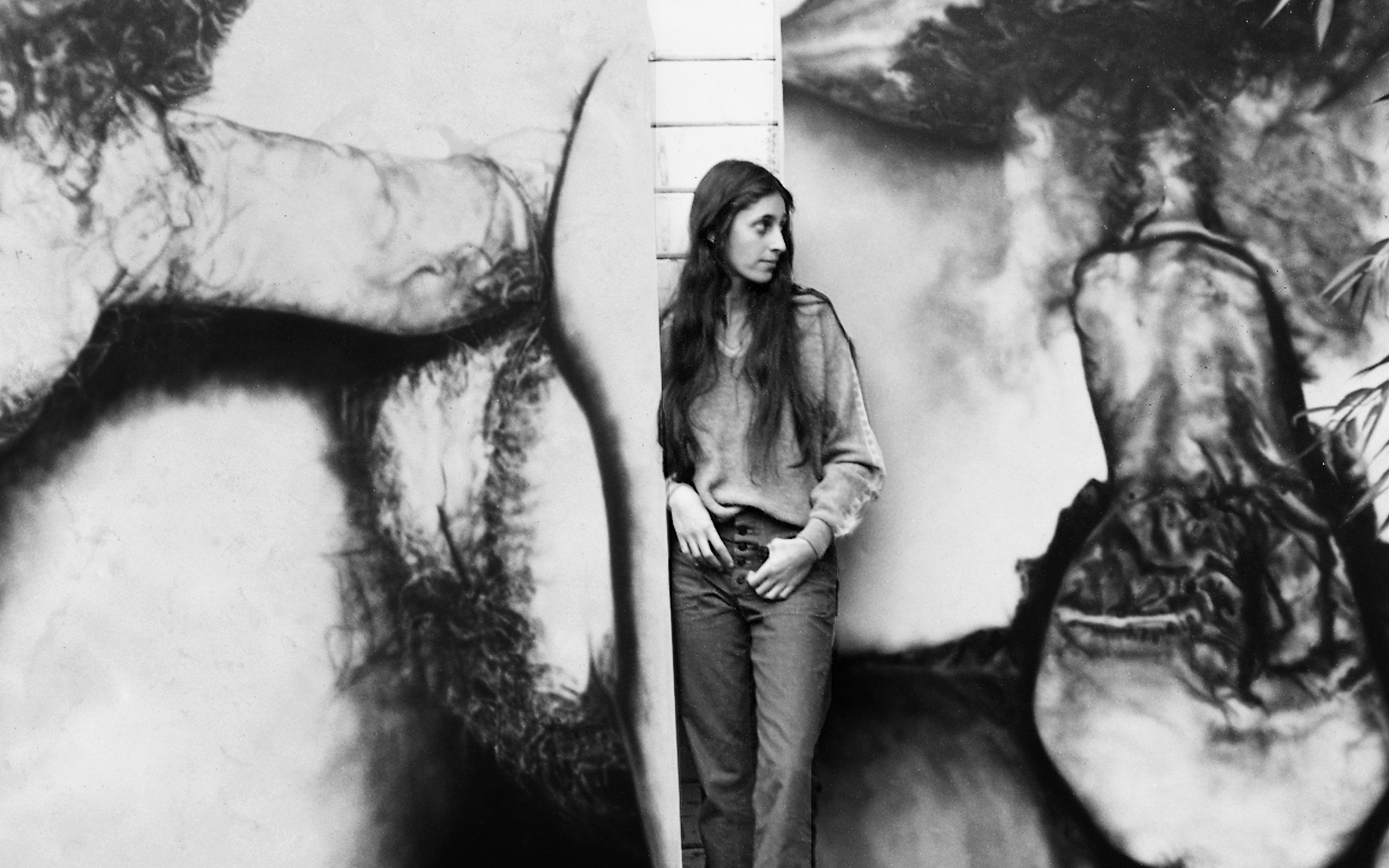 In 1973, the French customs officials barred Betty Tompkin’s Fuck Paintings from entry, citing pornographic content. In response to this, Tompkins began making paintings in the form of grids, where a set of white blocks with the word “censored” at the center blocked out all traces of genitalia or primary imagery in the composition. She also would draw phrases from legal US documents and paint their enlarged reproductions in acrylic or pencil on a grid composed of the word LAW. Tompkins was inspired to create these works by a research study that suggested that many American high school students were unfamiliar with such fundamental articles.

In an interview, Tompkins shares: “I didn’t feel good about it; I felt abused. So I did a group of Censored drawings with pencil and stamps. The first one I did by hand in 1975, but to tell you the truth, my handwriting is awful. I had a stamp made and did the rest of the series with the stamp. And I found that it saved my sanity and restored my good humor. I let my anger just float away. Every time that I have been censored, I have retaliated by censoring myself. I can do it better than anybody else. These government people, social media people—they think they’re good at this? They ain’t seen me in action! I’ve had to do it a few times, and it has worked for me every single time. Once I have censored myself, I can just say, “Fuck you,” and I’m finished.”

Tompkins is now recognized as a pioneering force in the development of feminist art. She has exhibited in London, New York, Los Angeles, Paris, Vienna, Brussels, and Copenhagen, and her work belongs in the collections of the Brooklyn Museum, the Centre Pompidou, and the Islip Art Museum.