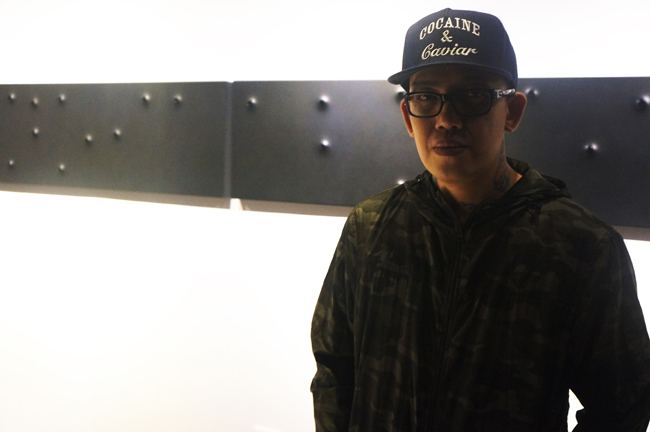 As much as art is often perceived as a way of detachment from reality, a key to unlocking some hidden meaning in the world that surrounds us, certain genres like hyperrealism blurs the line between reality and art and is practically erased in paintings and sculptures. Filipino contemporary artist, Bembol dela Cruz, focuses on stylized hyperrealistic paintings as an effective advancement of his ideas. As he develops ways to include a narrative, charm, and emotion into his work, he never leaves it bereft of personality.

Dela Cruz is captivated by the concept of tattoos and various surfaces such as skin and signs. He takes it a step further and creates a more definitive and detailed rendering to arrive at a different pictorial design. While incorporating elements that might not be there in reality, he consciously allows for a softer and much more complex focus on the depicted subject to create an illusion of new reality not seen in his original references. He may be intentionally veering away from being surreal, but his displayed illusions still encapsulate depictions of reality subtly enhanced with a fresh layer of vision.

Bembol dela Cruz is a Filipino contemporary artist who holds a degree in Fine Arts (major Painting) from the University of the Philippines Diliman. He has had numerous solo shows in notable galleries in Metro Manila. He is a recipient of various awards including the 8th Ateneo Art Awards and received an artist residency and exhibition grant at Liverpool Hope University and the Cornerstone Gallery in the United Kingdom. He also received two residency grants from the Berkshire Residency Exchange in West Massachusetts and the Art of OMI International Artists Residency in Ghent, New York.