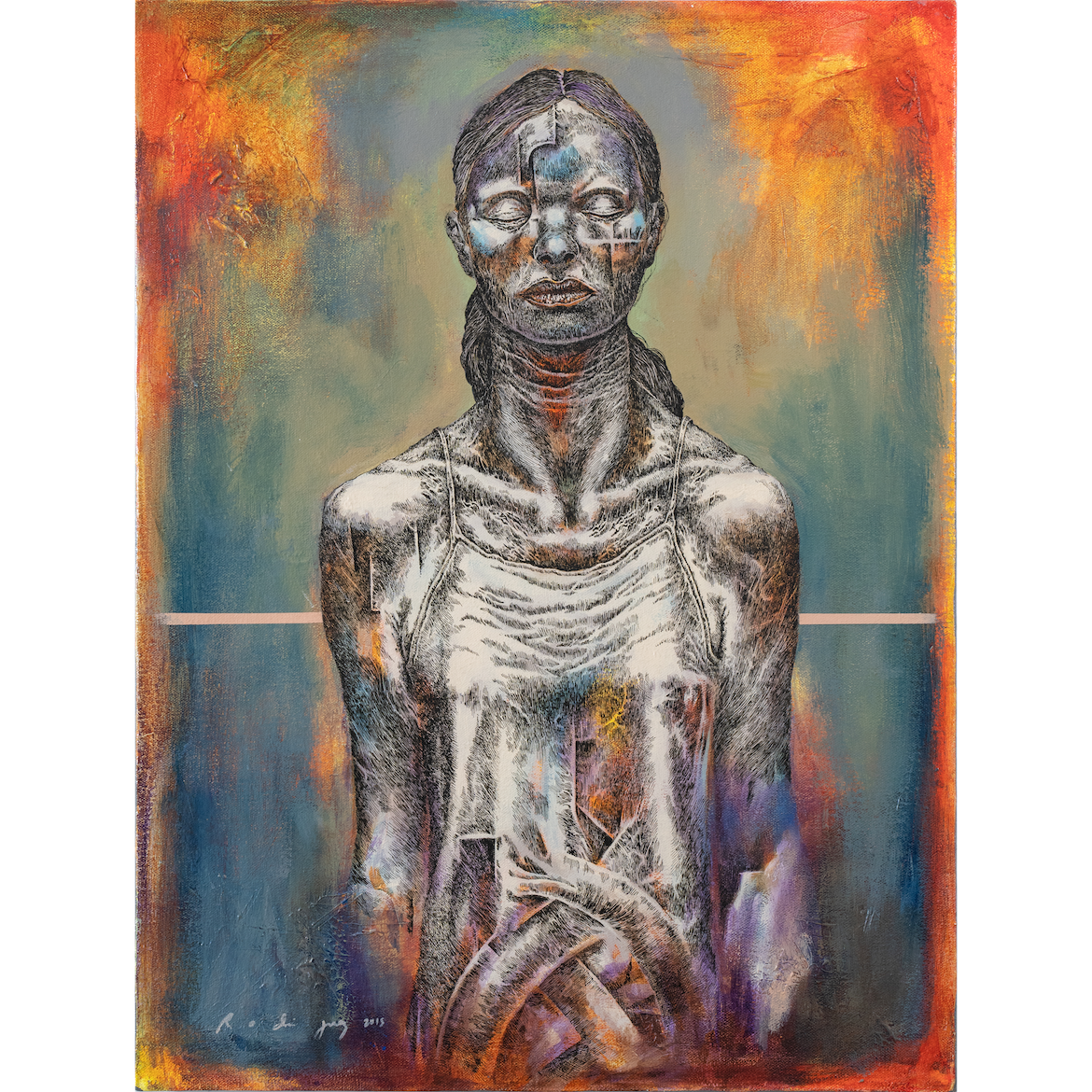 The following is a quote from an essay for the exhibition by Lisa Ito, "This fascination with structure- architectural, anatomical or mechanical- is hardly accidental. It may be interpreted as the artist's own existential reckoning on how global and systematic states of oppression strike deep at the core of the individual's being. Both body and building are reduced to shells: ruins from the post -apocalyptic aftermath of capital and imperial assault. Figure and structure are inextricably and dialectically connected to each other: the system morphs into a humanoid, while individuals are shorn of their unique qualities and become dehumanized extensions of the system themselves".

About Iggy Rodriguez: Raoul Ignacio “Iggy” Rodriguez is a Filipino contemporary artist. He spent the mid-1990s as a member of UGAT Lahi, a progressive artists’ collective known for street murals, effigies. and public protests. He received the grand prize in the pen and ink drawing category of the Art Association of the Philippines Annual Competition in 2001. In 2009, he was awarded the Thirteen Artists Award by the Cultural Center of the Philippines (CCP). He has had several solo and group exhibitions in the Philippines and in countries such as China, Singapore, Italy, Cambodia, England, Malaysia, and South Korea.