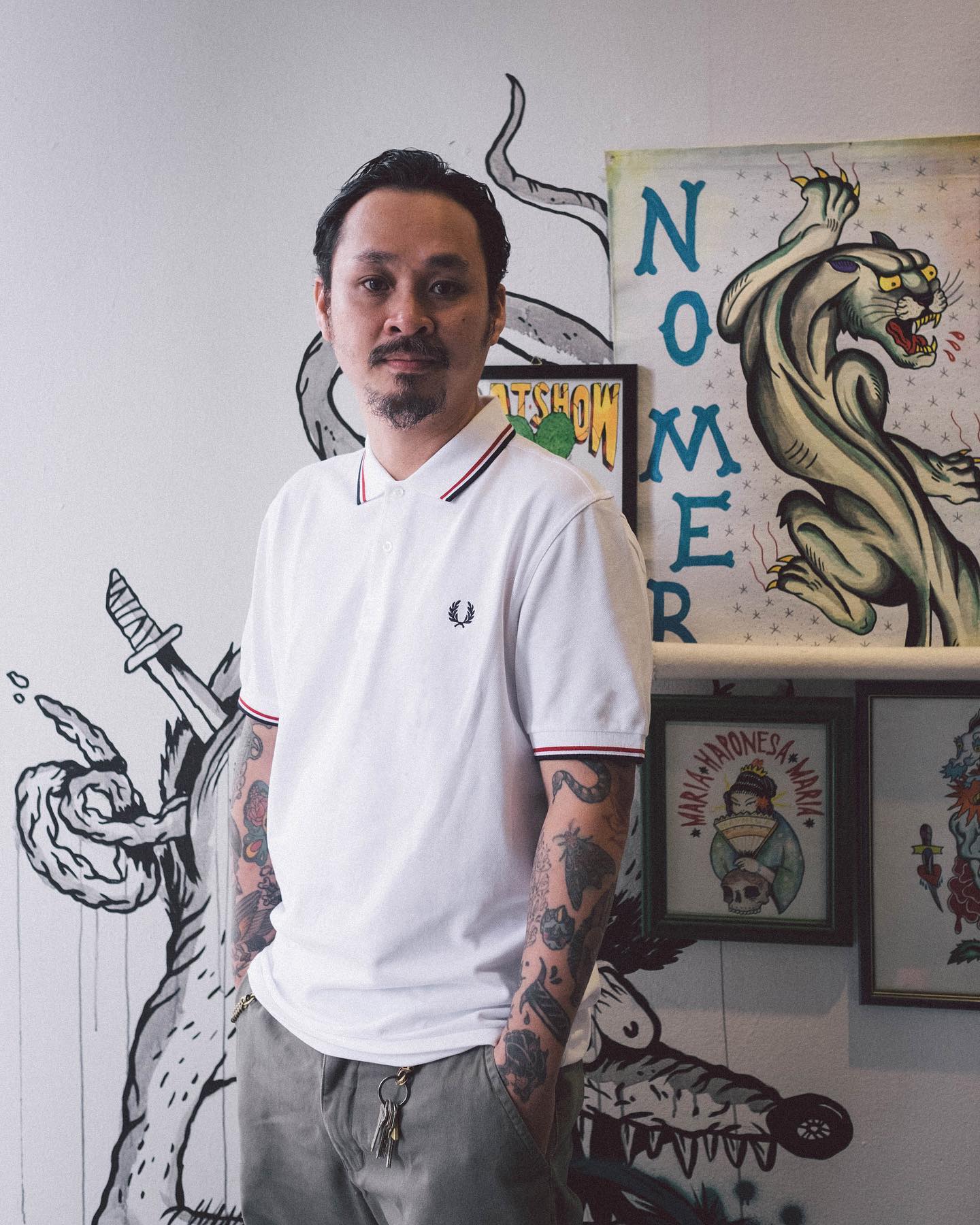 The work of Filipino contemporary artist Auggie Fontanilla has sunk into the subconscious of his fans and has become a part of the visual zeitgeist of local Pinoy skate, street, and art culture. In fact, the sticker-slapping artist and designer has gone beyond the typical inscriptions of graffiti variety and has brought together a whole new stylized artistic literacy that is a combination of religious iconography with tattoo philosophy, Americana, gangs, and prison emblems. Additionally, Fontanilla has expanded his oeuvre and designs for local and international brands.

With the energetic yet harmonious brushstrokes Fontanilla utilizes, he depicts facets of distinctive street-level religious practice as evidenced in his exhibition at the Cultural Center of the Philippines (CCP) called “Kristo y Kristos”. In this show, his compositions unite the expressive, pared-back forms of those practices with elements of beliefs and perceptions on the hypocrisy of the faithful which for him serves as a glue for these contradictory components. According to him, this so-called Christ which he coined as “Kristo ng Lansangan”, serves as the perfect embodiment of the people’s pain and suffering. Fontanilla continues to embrace his roots as he pursues his art, staying true to old-school ways of appreciating his discipline.

Auggie Fontanilla is a Filipino contemporary artist who graduated from the University of Santo Tomas (UST) with a degree in Fine Arts. He is also a street artist and designer whose works appear on t-shirts, water bottles, zines, caps, skateboards, and more. He has had numerous shows across notable galleries in the Philippines and abroad. In 2017, he had a solo exhibit at the CCP. Fontanilla is inspired by his brother (who introduced him to art), his artist friends, and cites Shephard Fairey, Ed Hardy, and Mike Giant as his influences.