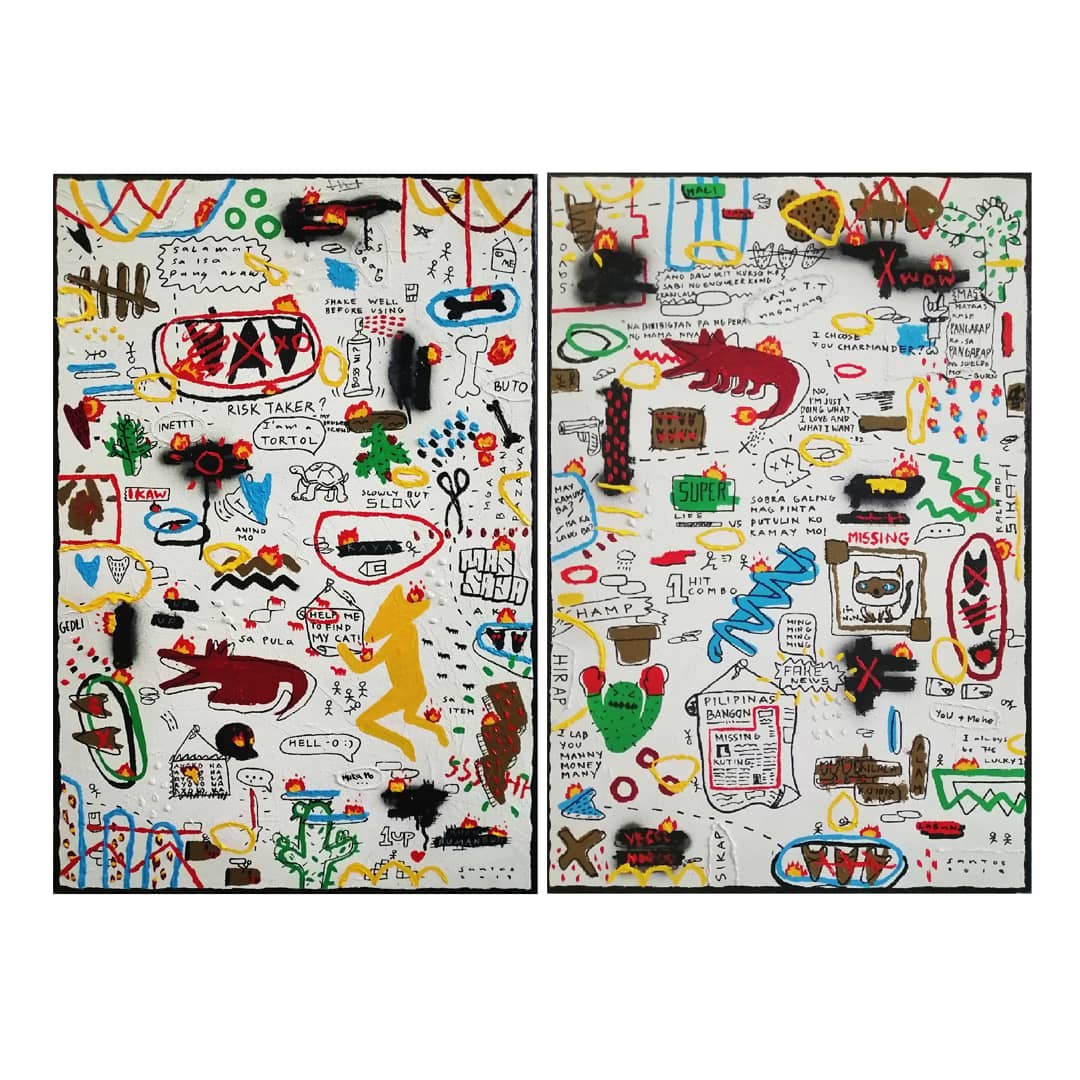 Little creatures, tiny shapes, random doodles, and scribbled words are just some of the details you’ll notice in Filipino artist Arvin Santos’ artworks. It’s almost like looking at street art on a canvas. His raw gestural style of painting with graffiti-like images and text is an intuitive approach to figurative painting that alludes to recollections of friendship and life experiences gathered through the years.

Santos has developed a pop expressionist style rich with patterns and figures drawn from art history and popular images of toys, cartoons, and other childlike make-believe. His inspiration also comes from memories with friends and people he would meet along the way. Interestingly, a couple of Santos’ paintings include a black skull in the background. Sometimes, it seems hidden in swaths of colors, other times it appears directly in view. This is a reminder that challenges and perhaps even death, is ever so present. Apart from painting, Santos also creates sculptures and has even won first place in the Art Deco Sculpture competition in his university.

Arvin Santos is a Filipino artist from Bocaue, Bulacan. He graduated from University of the East in Caloocan and majored in Fine Arts in Advertising. He was named “Artist of the Year” during his last year in college. He joined various competitions in and outside university and had won several awards including two Shell National Students Arts Competition, DPC PLDT Visual Arts Competition, Art in Island Mural Competition, and Metrobank Art and Design Excellence, among others. He has also participated in various group shows in notable galleries across the country. Currently, Santos is part of Vintana’s Christmas group exhibit called “Spirits of Unsung Christmas Carols”.