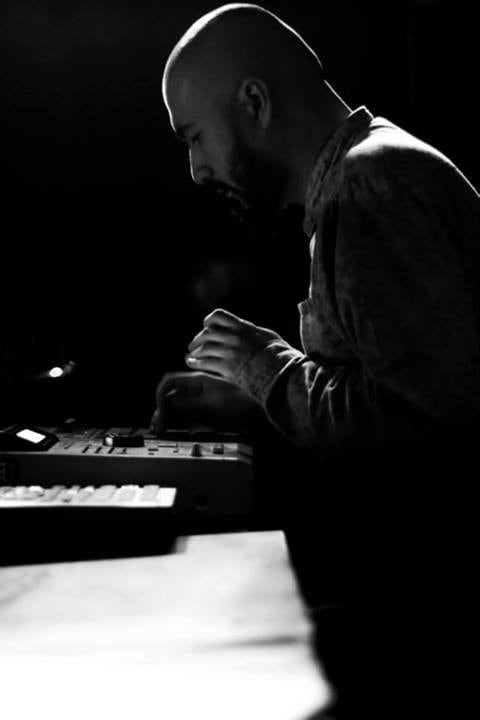 Arvin Nogueras, known as Caliph8 for his electronic soundscapes and aural experimentations, is a visual artist whose work is an intersection of influences that include hip-hop culture, graffiti, sound manipulation, and sampling. Whether in sound or in images, Nogueras is very much into the creation of hybrids, the mutation of pre-existing histories, older forms, and debris. This normally entails bypassing the limitations imposed by the context and traditions of source material, a practice learned from hip-hop. This extends at times into investigations that illuminate obscured origins or occluded histories of those visual and sonic sources.

In describing his paintings, Nogueras credits graffiti as a strong influence of his visual sensibilities. However, he identifies this influence as more of a departure point to create his own “broken, malformed and dystopian” forms rather than an adopted visual style. Just as in creating hybrid forms and ideas in sound, his experimentations in painting necessitate destroying and reconstructing its source: graffiti.

For the past 20 odd years, Nogueras has been actively participating in local and overseas visual and sound art venues. He has exhibited and performed in local museums and art spaces such as The Cultural Center of the Philippines (CCP), Green Papaya Arts Projects, Pablo Gallery, 1335 Mabini, and The Drawing Room Gallery. He has also pursued similar projects abroad in places such as The Asian Culture Center in South Korea, LO-FTF in Copenhagen, XP in Beijing, The Shelter in Shanghai, Dommune in Tokyo, and the Institute of Lower Learning in Saigon.