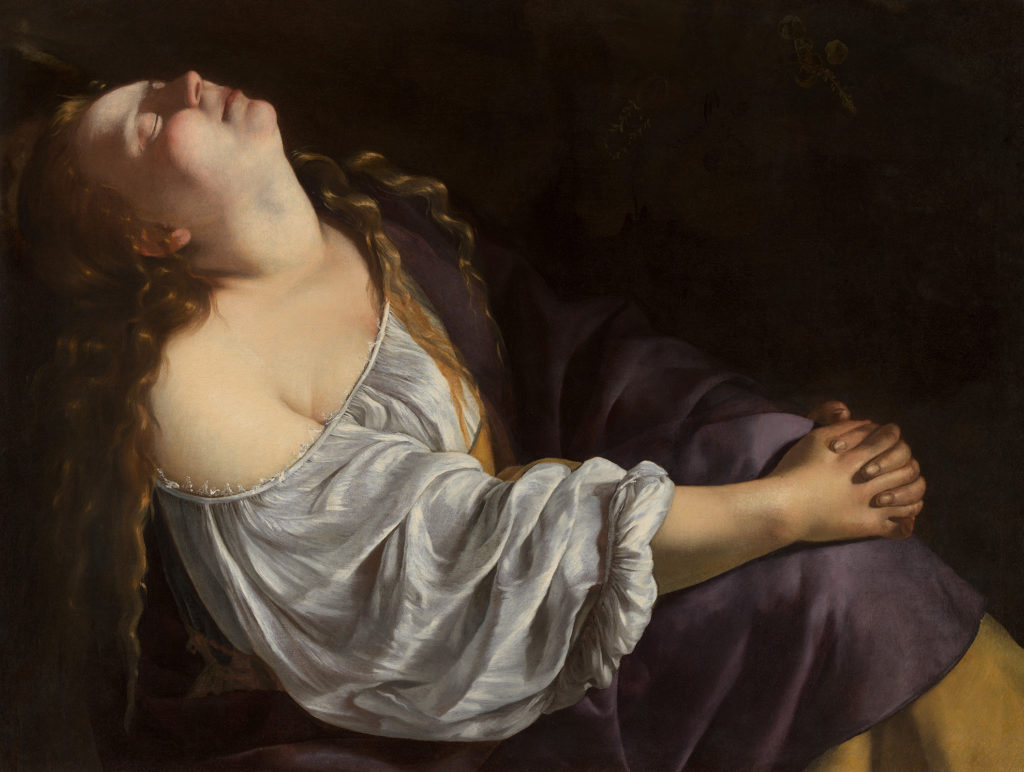 Many believe that Artemisia Gentileschi was more savage than Caravaggio. Taking revenge in oil, she was described as the only woman in Italy who ever knew about painting, coloring, drawing, and other fundamentals. Gentileschi turned the horrors of her own life–repression, injustice, rape–into brutal biblical paintings that were also a war cry for oppressed women. And instead of a sword, she used a brush moving through space with extraordinary fluency, making her images her own and herself as the hero in her own life.

While her life story overshadowed her art, she was considered to be centuries ahead of her time and was revered to be one of the first and only female artists to achieve success in the seventeenth century. Her tenacity and independence was evident not only in her art but in her words as well as she once wrote of herself in a letter to a patron “You will find the spirit of Caesar in this soul of a woman”. Despite being fraught with unfortunate circumstances, she freed herself from the shackles that had been placed on her by men, fighting back the male violence that dominated her world.

Gentileschi was known for being able to depict the female figure with great naturalism and for her skill in handling color to express dimension and drama. She followed the footsteps of Caravaggio with her dynamic and dramatic realism. She started producing professional work by the age of fifteen in an era when women had few opportunities to pursue artistic training or work as professional artists. She was the first woman to become a member of the Accademia di Arte del Disegno in Florence and also had an international clientele. Many of her paintings feature women from myths, allegories, and biblical characters including victims, suicides, and warriors. Her best known works include “Judith Slaying Holofernes”, “Sussana and the Elders”, and “Judith with Her Maidservant”.